This year’s Purim marks nearly a year since I’ve given up my prized two-bedroom rental in Kew Gardens Hills for the high taxes, car dependence, and social angst of Gardendale, a suburban community on Long Island that is a magnet for young families priced out of Queens. I remember that sunny and chilly morning last March when the moving vans blocked traffic on 70th Avenue behind Amazing Savings, a block known to all as Newlywed Row for its many young couples.

The apartment where we hosted an eclectic collection of guests stood empty, my last goodbye echoing across the living room. Here we hosted divorcees, converts, singles, our parents, Ashkenazim, and Bukharians, and we loved the diversity of Queens. We’ve traded it for a community where there’s apparent uniformity. Nearly everyone is married with children, driving a minivan, has parents living nearby, and they all share the same interests. It is not easy to break into a conversation during a kiddush where the men are all talking basketball, but your interest lies in baseball, or perhaps not in a sports topic.

Perhaps it is the difficulty of being the “new family” that moved in at the height of the pandemic, when most people would not host you for fear of catching the virus. Under normal circumstances, established residents are eager to host a new family for the mitzvah of hosting guests and learning about them. Fortunately, our children have led the way. Their friends’ parents have become our friends. Our calendar is filled with birthday parties, play dates, gymnastics, sports, and youth group events.

Bumstead Avenue is the main road in this town. Our tour begins at the farm in the village of Vermalne. “Where are the horses and pigs?” my son asks. Its meager acreage doesn’t come close to the Queens County Farm Museum; there’s hardly any room for animals to roam on a plot hemmed in by train tracks and tract houses. The farm is the last holdout from a time when the entire island grew potatoes and raised ducks.

Northeast State Parkway separates Vermalne from Gardendale; the curves on this highway are marked by makeshift memorials that resulted from reckless drivers, but most of the time traffic moves slowly on this road. I see it as a blessing. My office is 35 minutes from home on a good day, but the average Daf Yomi shiur by Rabbi Aryeh Lebowitz on YU Torah is 40 to 50 minutes. I prefer to hear the entire lecture in one ride, and sometimes the traffic allows me to do that by the time I pull into work. I could take the train, but the Gardendale Branch is the stepchild of the system, with only one train per hour on a single-track line.

We’ve now crossed the eruv line and the prices of homes on the Jewish side are significantly higher. My Chinese neighbors cannot understand how an invisible line can result in a $100,000 difference for a home. “A cape here and a cape there. I don’t get it,” he tells me.

Goose Pond Park is the Shabbos Park of Gardendale. At the height of the pandemic, when people were careful not to host guests, this is where we made friends. But unlike a typical city playground, Goose Pond has only two swings and benches. Unlike the city, everyone in Gardendale has a backyard and can buy their own swing set. We pay enough in taxes, so why should we pay for more benches, slides, and seesaws?

The Young Israel of Gardendale is the legacy shul, founded by the pioneers of the community. There are multiple minyanim at this shul, with the same feel of warmth mixed with alienation. I’m inspired by the davening, enlightened by the drashah, satiated by the hot kiddush, but there’s the sense that you still don’t know anyone in the room after a year of living here.

Avromi Horowitz is among the handful of people in this shul who stuck out his hand to introduce himself and hosted us for Shabbos. He lives in a subdivision where every street is named after a bird: Partridge, Sparrow, Sandpiper, among others. I wish the developers would have the imagination to put a penguin and cassowary on the map. Still, it’s better than the academic section where streets are named for Ivy League schools, or the presidential section where Warren Harding and Calvin Coolidge are honored for their otherwise forgettable administrations.

At the opposite end of Bumstead Avenue is Machzikei HaDas, which is usually a name associated with a black-hat shul. Most of its members did not grow up in Gardendale and when everyone is a newcomer, it has an out-of-town feel. Everyone works, but it feels yeshivish. They don’t talk about sports or politics here; this is a place for learning. Not a single history book can be found on its shelves, unless you find a random Toras Avigdor pamphlet where the author insults liberal politicians and actors for their sinful ways.

My phone vibrates every second. There are too many WhatsApp groups to keep up with: T’hilim, Daf Yomi, Early Minyan, Late Minyan, Backyard Minyan, Basement Minyan, Carpool, Hosting... Who are these people and how did they get my number? If I were on the Anshei Gardendale Welcoming Committee, I’d print a sheet with the name of every WhatsApp group, its purpose, and number of participants.

Change is coming to Gardendale. There are a few Bukharian families who have a WhatApp group, and soon they will be forming a shul. A couple of times a month, they receive a delivery from a restaurant in Rego Park. I’m Ashkenazi, but I like to have a samsa with my lagman once in a while. I moved out of Queens, but it followed me to Gardendale. 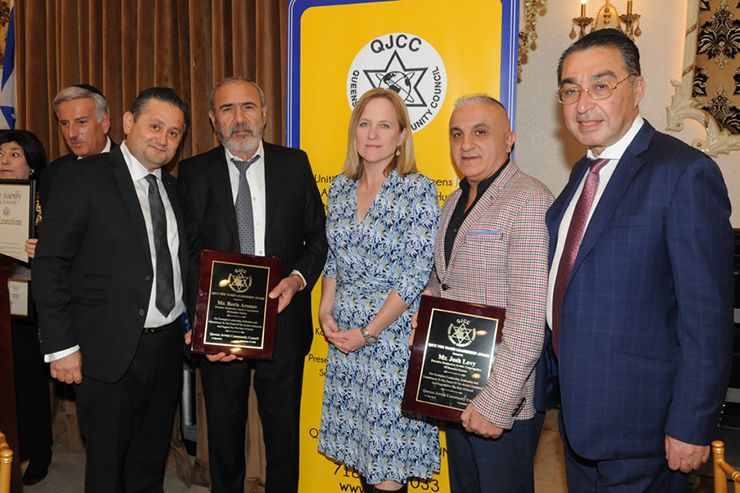 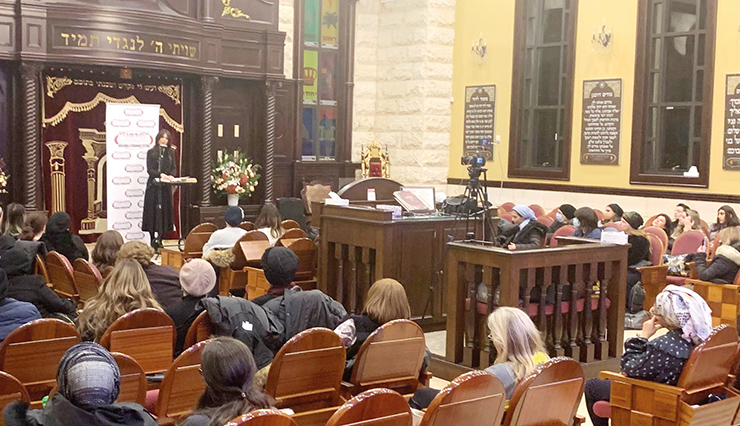 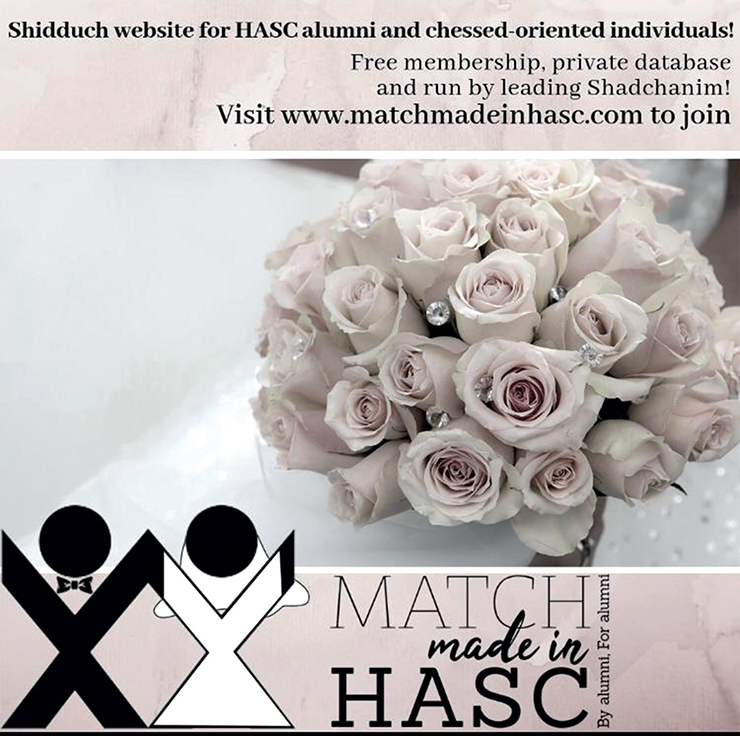 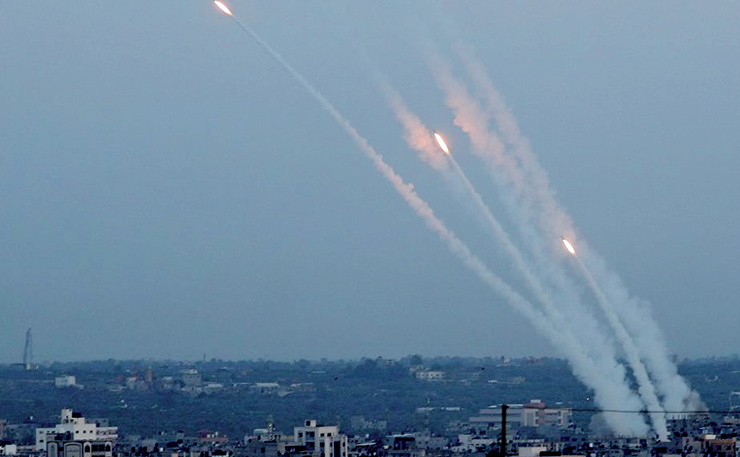 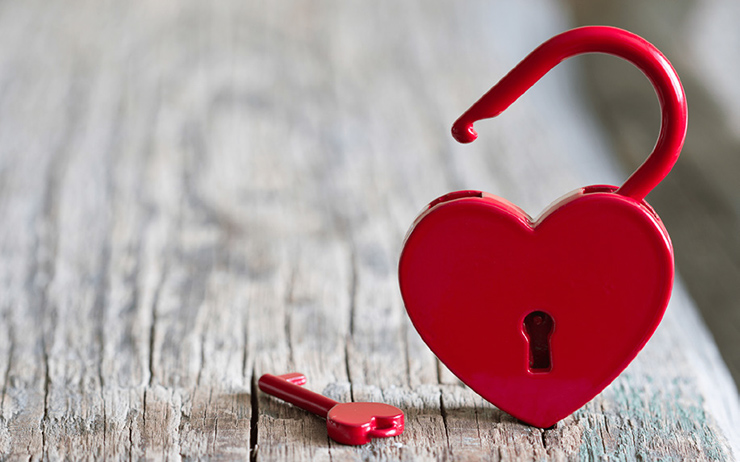 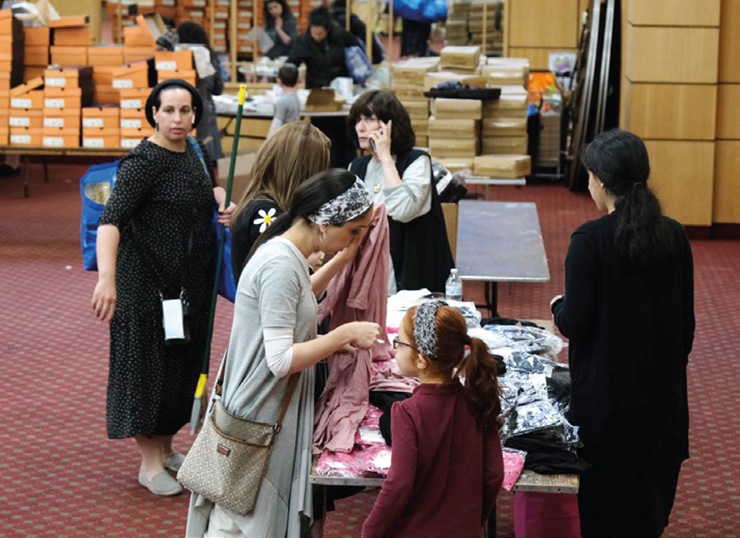