In the Democratic Primary for Queens District Attorney, I helped Melinda Katz win by 20 votes over her Socialist opponent Tiffany Cabán.

On Sunday, November 17, at the ZOA (Zionist Organization of America) Dinner, I sat at the same table as New York City Councilman Fernando Cabrera, who is running in the Democratic Primary against Congresswoman Alexandria Ocasio-Cortez (AOC). If America is going to be led back in the right direction, she is one of the Congresswomen elected in 2018 who must be defeated. It will not be easy. She has a significant national following. She really has taken the country by storm. She has already raised $3,354,731. There is, however, hope in Councilman Fernando Cabrera. Unlike AOC, he is profoundly pro-Israel and anti-BDS, and he got a great round of applause at the ZOA Dinner when he was acknowledged by the emcee. He has been to Israel seven times. He told me that “Israel is the rightful place for the Jewish People.” He further said, “Ultimately, it comes down to the Jews of Israel.”

He has shown his support for the Jewish People on many occasions. He went to the Tree of Life Synagogue in Pittsburgh in October 2018, soon after the massacre there, to show solidarity with the Jewish People. He told me that he went there to tell the Jewish People, “You are not alone.” He further said, “Any movement against Israel, I oppose.” When Secretary of State Mike Pompeo announced that the communities of Judea and Samaria were not illegal, Fernando Cabrera was one of a few Democrats who heralded it and proclaimed, “Nice move!”

Councilman Fernando Cabrera has a doctorate in Education. He was a professor at Mercy College. He became a member of the City Council of New York in 2010. He has achieved a 60 percent reduction in crime via bills he sponsored or participated in.

He tells me that AOC only has a 24 percent approval rating in her district. He says she has been “MIA” in her district and is quite unpopular. He calls AOC’s plans “clueless.” Her Green New Deal is a “pie in the sky.” Her opposition to the Amazon Deal he called “baffling.”

He is 55 years old and was born in the Bronx. He believes he can defeat AOC. He has the support of a large Hispanic bloc. He is also a member of the Black, Latino, and Asian Caucus. 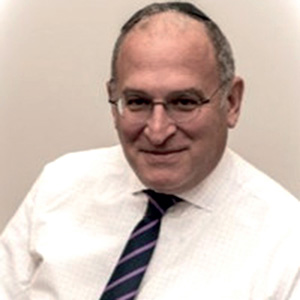