The Bukharian Jewish Congregation of Briarwood, housed below the Young Israel of Briarwood, organized a series of siyumim paying tribute to the life of community founder and rav of the Young Israel, Rabbi Mendel Kaufman zt”l. The program on Monday evening, February 15, coincided with the rav’s first yahrzeit and was a most appropriate way to remember a man who embraced the Briarwood k’hilah and towered over its budding blossoms.

Rabbi Siman-Tov Yanetz, mara d’asra of the Bukharian Jewish Congregation of Briarwood, began the evening of tribute in his beis midrash, standing before a full audience of community members all yearning to further latch onto their Jewish faith. The rav stressed the importance of attending Jewish-themed classes that are both thought-provoking and inspirational. Afterwards, Rabbi Yanetz explained to the Queens Jewish Link the significance of the attendees. “I praise those individuals who put aside time on a busy Sunday morning to stay after Shacharis for two hours, until 11 a.m., to learn. It is quite meritorious for one to begin their week with a Gemara class.” The siyum celebrated the completion of Maseches Taanis in Rabbi Yanetz’s Sunday morning Gemara class. The program now is in the middle of Maseches Chagigah. 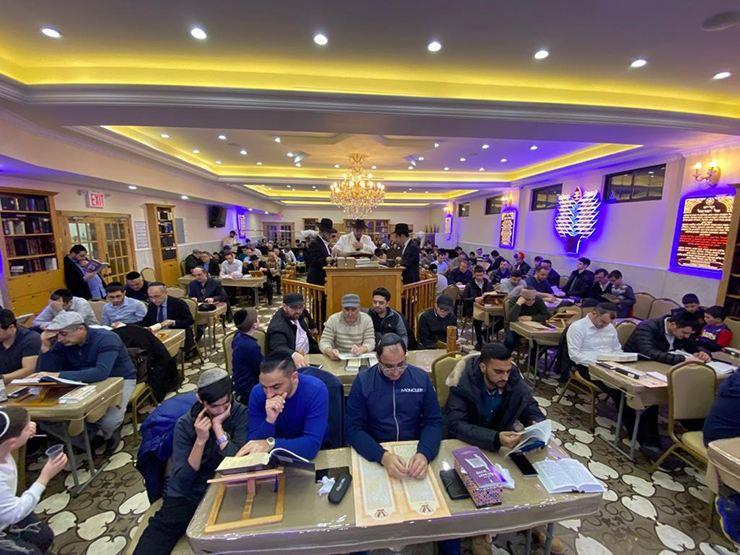 The rav then detailed the vision of Rabbi Kaufman and the magnitude of the siyumim. “Attending the celebration were community members who are able to see the sweetness of a Gemara in their lives. We saw baalei batim who never dreamed of making a siyum partaking in their amazing achievements. This was specifically the foresight of Rabbi Kaufman who, for his 45 years in the Briarwood community, spent hours educating those in his midst on the importance of learning Torah.”

For the festivities, the shul welcomed the Young Israel membership to join in the commemoration of their dependable leader. The Kaufman family extended much appreciation to Rabbi Yanetz and his devoted team for orchestrating a worthy tribute of their patriarch. The family opted to conduct an independent virtual gathering. The recitation of the siyumim was followed by a lavish s’udas mitzvah commemorating the undertakings.

One of Rabbi Kaufman’s dreams was to have a beis midrash in his shul full of laymen basking in the beauty of Hashem’s Torah. One of Rabbi Kaufman’s noteworthy accomplishments was a connection with a dear student, Max Nisenboym. Max delivered a remarkable feat, a siyum haShas, at the event. In his late teens, Max took a liking to Rabbi Kaufman, and the two sat for hours studying the holy texts of the Talmud, sometimes as often as three times a week. “I have so much hakaras ha’tov to Rabbi Kaufman who was literally like a tutor. Rabbi Kaufman sat with me one-on-one and taught me how to learn Gemara, never even charging one penny for his efforts,” said Nisenboim. “May he be a meilitz yosher for us all.”

A recent accomplishment for the Briarwood community was a decision to bring Rabbi Avraham Gaon’s Yeshiva Etzion to the shul. The yeshivah was founded in Jamaica Estates in 2003. Rabbi Gaon, a Kew Gardens resident, infuses Talmud, halachah, and other Jewish studies to enlighten his students as they branched out on different Torah paths. While combining musar, hashgachah, and real arachim l’Torah, Rabbi Gaon masters answering practical questions from an authentically Jewish perspective. Talmidim study Jewish law and discuss how to implement important philosophical matters into their lives. The yeshivah, which consists of single and married young men both working and studying, also offers a college credit program. On Monday night, the yeshivah also celebrated a completion of Maseches Taanis. 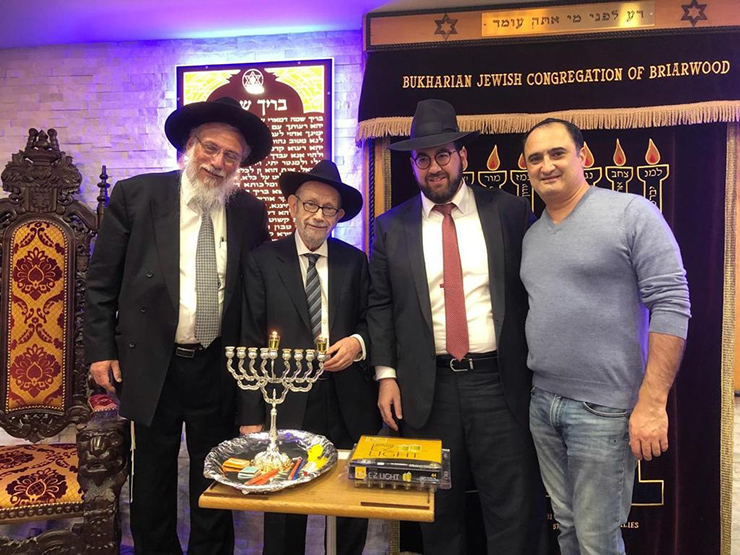 “We care and appreciate those who are learning in our midst,” said Rabbi Yanetz. “It has been a privilege to welcome Yeshiva Etzion to our community. In the mornings, from 9:30 a.m. until 1 p.m., I watch the group learn Gemara well. Then, in the evenings, from 8 to 9 p.m., I again see them learning and interacting with the baalei batim. What is more special is to see the yeshivah continued after the 9 p.m. Maariv prayers until 10 p.m. in a halachah program. Rabbi Kaufman must be smiling down from shamayim.”

Another joy for Rabbi Kaufman was the passing of the torch to future generations and celebrating the youth of the community. Rabbi Yanetz continues this mission each Shabbos in his minyanim. On Friday evening, the boys partake in the Kabalas Shabbos melodies, where a different youth joins the chazan for each paragraph. On Shabbos days, in following Sephardic customs, the boys of age in the shuls have a unique opportunity to lein from the Torah and are rewarded with prizes. On Shabbos morning, an energetic group attends the neitz minyan that has both single and married men. Concluding around 8 a.m., the program follows with a kiddush and a two-hour learning program. Meanwhile, the main minyan begins at 8 a.m. and includes divrei Torah. 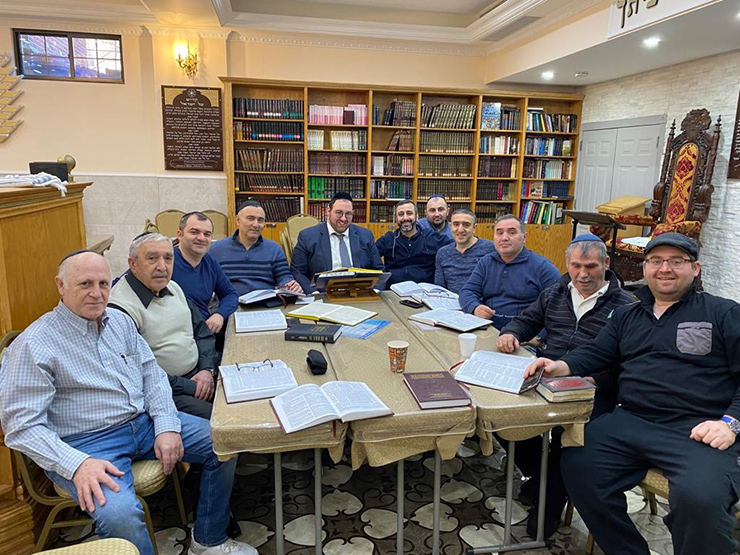 The shul also acknowledges the tireless dedication of its president Roman Davydov and its vice president Malkiel Gavrielov for always supporting community initiatives. Gavrielov undertook a winter father-son Motza’ei Shabbos learning program that has just concluded, and the shul welcomes all to join their Sunday afternoon Mishnayos learning program for children with snacks and amazing prizes. It now has an attendance of 20. Starting at 1 p.m., the children, who just finished mishnayos B’rachos, are mastering mishnayos Sukkah.

Join the array of programs anytime at the Young Israel of Briarwood, 84-75 Daniels Street, Jamaica, NY 11435. 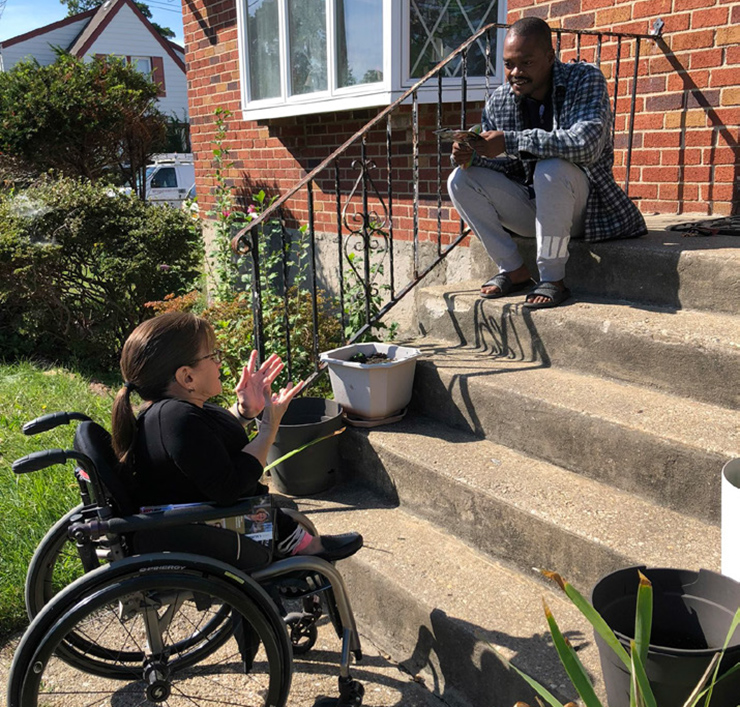 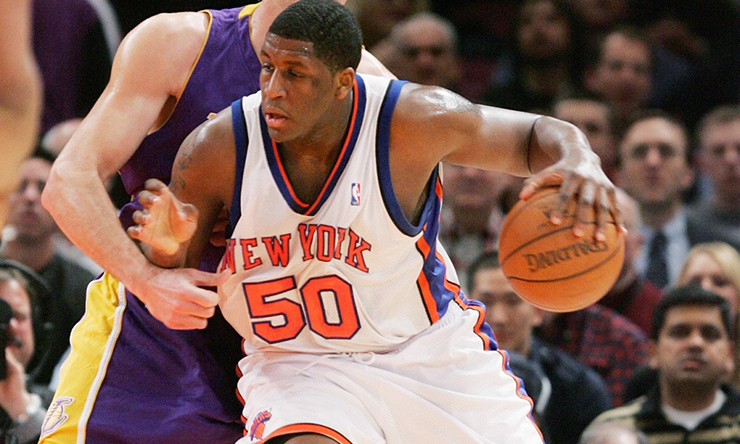