In celebration of our recent anniversary, my husband and I spent a week in Norway. Norway has been in the news of late - not for the best of reasons - but I decided to put all of that out of my mind and just enjoy the trip. Since there is no direct flight from Israel to Norway, we flew through Krakow, Poland. On our flight to Krakow, there was a group of women heading to kivrei tzadikim and a group of approximately fifteen shochtim (ritual slaughterers) heading to Poland in order to do shechitah for meat imported by Israeli companies. I was not uncomfortable with the fact that our fellow passengers were traveling in order to fulfill their lofty goals, while the goal of our trip was to have fun. Okay, I did feel a bit funny. But we are very strict in our lofty goal of seeing Hashem’s beautiful world, which we did.

Seventy percent of the earth’s surface is covered by water. I get the feeling that ninety percent of that seventy percent is in Norway. Ok, maybe I’m exaggerating a bit, but not much. I understand that the origin of the name “Norway” comes from the way Anglo-Saxons would refer to the coastline of Atlantic Norway as the “way leading to the north,” but I believe Norway is a misnomer. I’m not sure who to speak to about this. The Prime Minister? The Department of Culture and Heritage? Somebody has to change the name of the country from “Norway” to “Waterway.”  While driving along the windy roads through the western part of the country, the number of waterfalls that are simultaneously visible to the eye is mind-boggling. Big waterfalls and small ones, long and short ones, roaring and gentle ones. Powerful streams and babbling brooks suddenly appear out of nowhere.  The valleys and mountains are lush and green while the high mountaintops are white with snow. As we drove between high walls of snow at the mountain peaks, we viewed waterfalls flowing inside mounds of ice. Besides the occasional chirp of a bird or the chime of a bell from a herd of sheep, the only noise that could be heard in the serene atmosphere was the sound of flowing water. 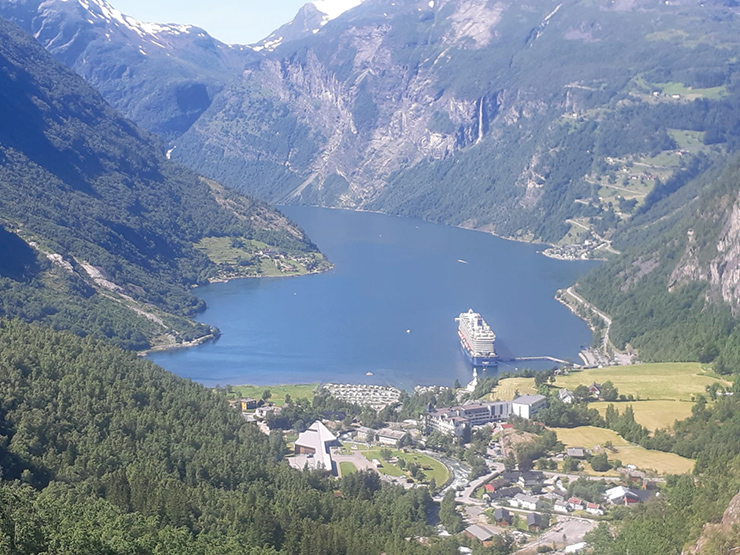 Norway is a very large and long country known for its fjords - long, narrow inlets with steep sides or cliffs, created by glaciers. As we drove many miles over the course of the week, we had to build a lot of extra time into our estimated travel times between destinations because we could not help but pull over every few minutes - and sometimes every few seconds - to take in and photograph the scenery.  Even the routes that weren’t designated as scenic were spectacular.  In addition to the greenery of the mountains, many buildings have grass growing on the roof as a means to insulate them from the heat and cold.

As Norway is far north, the sun did not set until after 11 p.m., allowing for plenty of time for sightseeing.  There were only a few hours of darkness per day, and those few hours weren’t pitch-black, but more like dusk. At this time of year, alot hashachar and tzeis hakochavim are at the same time. The many hours of light disoriented us and made us lose track of time. We would find people hiking and drinking coffee in cafes late into the night. Off-hour payment at attractions that cost money is based on the honor system. This works well in Norway, where there is very little crime. We even found cherries for sale on the side of the road, left by the owner, along with a box in which to leave the money. 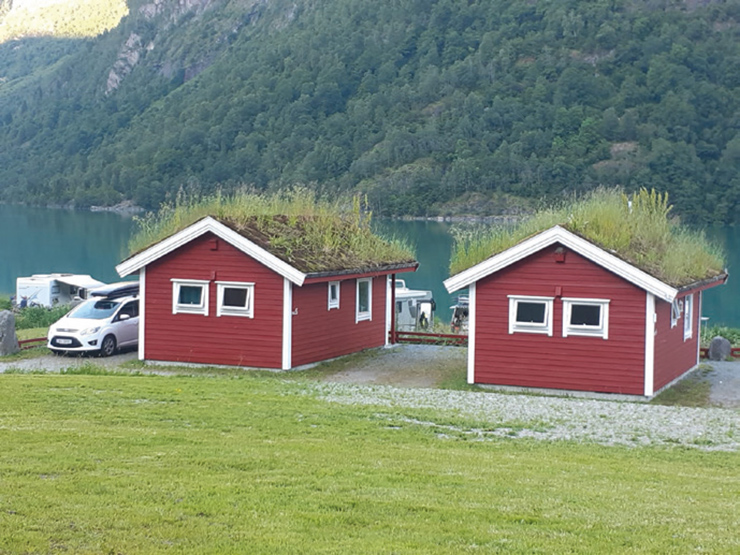 We spent several days in the fjords. The beauty of the lush mountains overlooking the pristine waters was dramatic. We took a boat tour that took us up close to a waterfall in one of the fjords. The guide told us about families who years ago lived on farms on the mountains. They would take their kids to one of two school options every two weeks, as was the law, depending on the direction of the winds. Eventually, the families were forced to relocate due to the danger of avalanches.

We spent Shabbos with the Jewish community of Oslo at the Det Mosaike Trossamfund Synagogue. The welcoming and close-knit yet spread-out community isOrthodox, but at the same time is composed of a diverse membership. The rabbi of the community, who was born in Oslo, lives in Israel and commutes between both locations. He is responsible for all life cycle events, conversions, and kashrus.  His list of kosher products found on the shul website is very helpful to natives and visitors alike. The current chazan is a shaliach from Israel who temporarily moved with his wife and young children in order to be involved in the community. The shul was built in 1920. A tall wood platform with steps at the far end of each side leads to the intricately carved Aron Kodesh. The rav delivers his drashah from on top of the stairs. 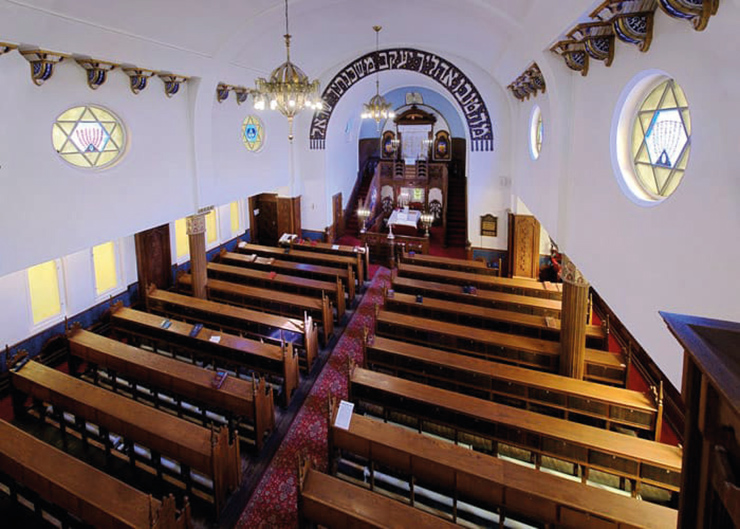 The community provides many services to its members, including a kindergarten, an after-school cheder, a kosher shop that opens once a week, and a senior center.  On Shabbos and chagim, members of the shul, as well as guests, are invited to Friday night dinner and to a kidush after davening on Shabbos morning.  Many of the youth were away in summer camp when we were there, so we ate our Friday night meal with a small group. The kidush had a larger crowd. We ended up introducing ourselves to a couple visiting from Israel at the kidush. They spontaneously invited us for lunch. The woman grew up in Norway, moved to Israel, got married, and lives with her husband, children, and grandchildren in Israel. In the afternoon, they showed us some of the sites of the city. They pointed out plaques with the names of Holocaust victims placed on the sidewalk right next to the building where the victims had lived.  After Mincha, we ate a late shalosh seudos and went to sleep. With shabbos ending at 1:21 a.m., we didn’t make havdalah until Sunday morning.

No trip would be complete without visiting a local Jewish museum. We visited the Center for Studies of Holocaust and Religious Minorities, which houses a permanent exhibit about the fate of Norwegian Jews during the Shoah. The Norwegian constitution banned Jews from entering the country until 1854, when the anti-Jewish paragraph was repealed. Jews slowly began settling in Norway, and by World War II, the Jewish community of Norway was comprised of approximately 2,100 Jews. After isolating and dehumanizing the Jews, the men, women, and children were arrested and placed on the SS Donau, one of the ships that transported the Jews from Oslo Harbor to Germany. From there they were dispatched by train to Auschwitz. A total of 772 Norwegian Jews were transported to Auschwitz. Tragically, only 34 survived. The rest of the small Jewish community survived by escaping to nearby Sweden. The visit to the Museum reminded us of the horrors that man can commit even in the most beautiful of places. While one generally not does want to end vacation on a sad note, the visit to the museum helped us appreciate how fortunate we are to live in a vibrant, secure Jewish community in the Land of Israel. 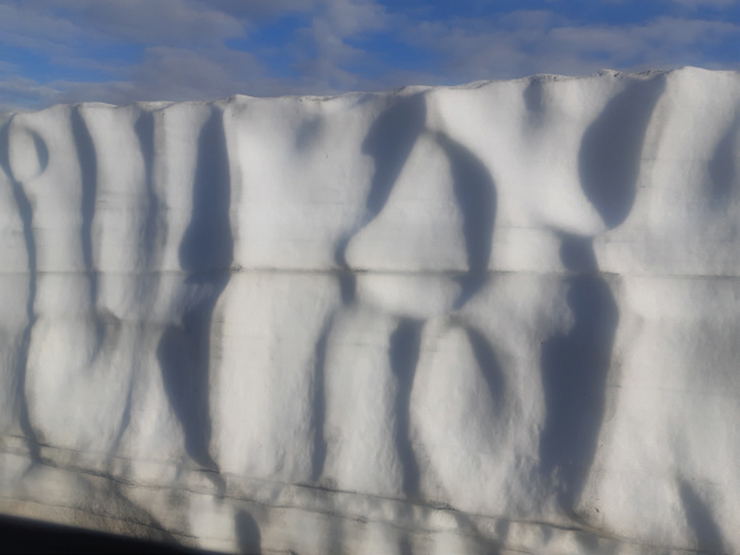 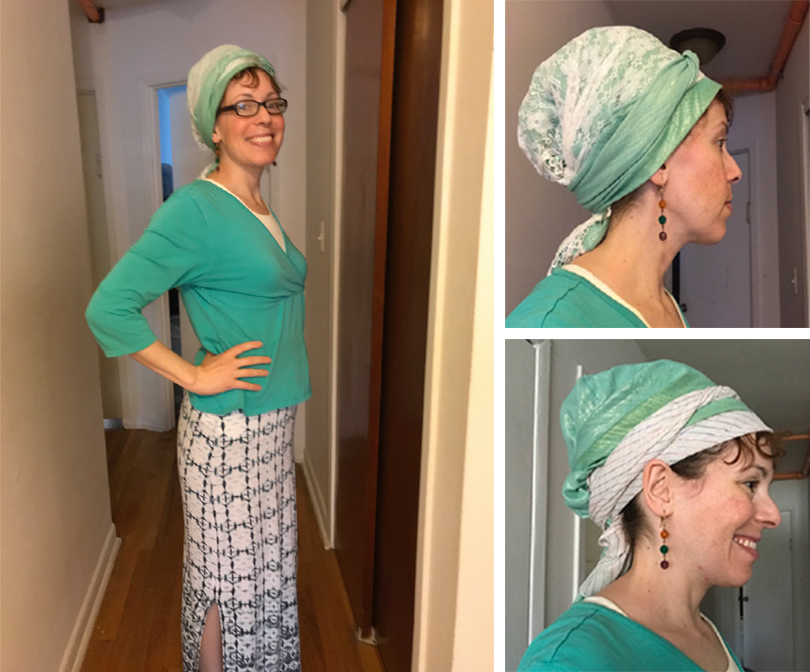 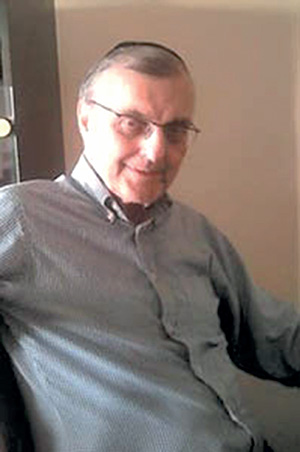 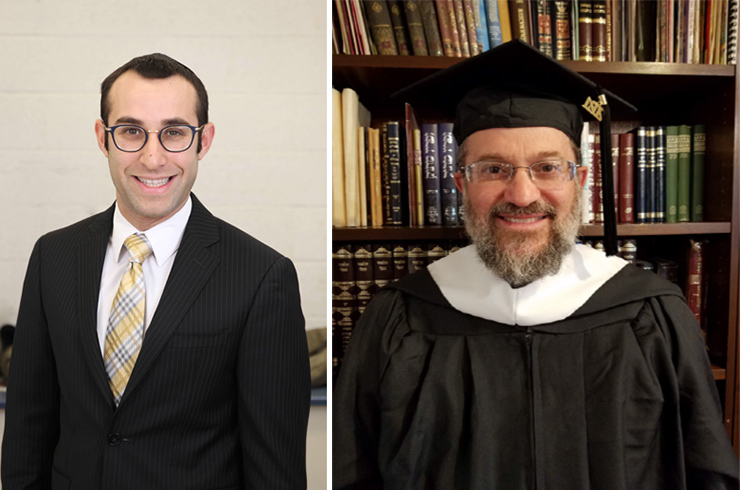 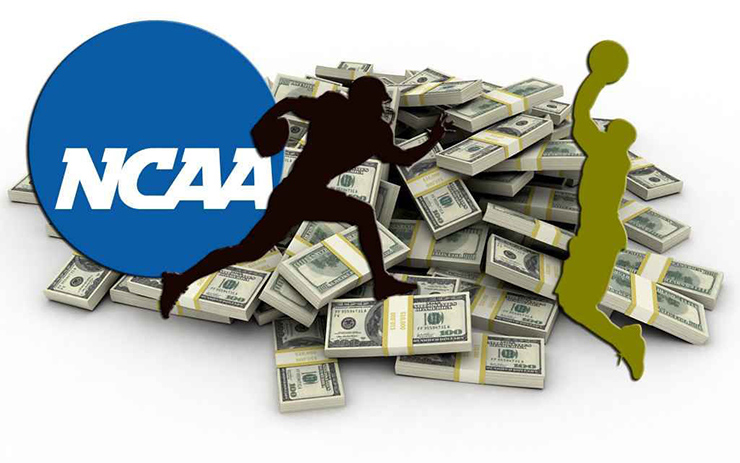 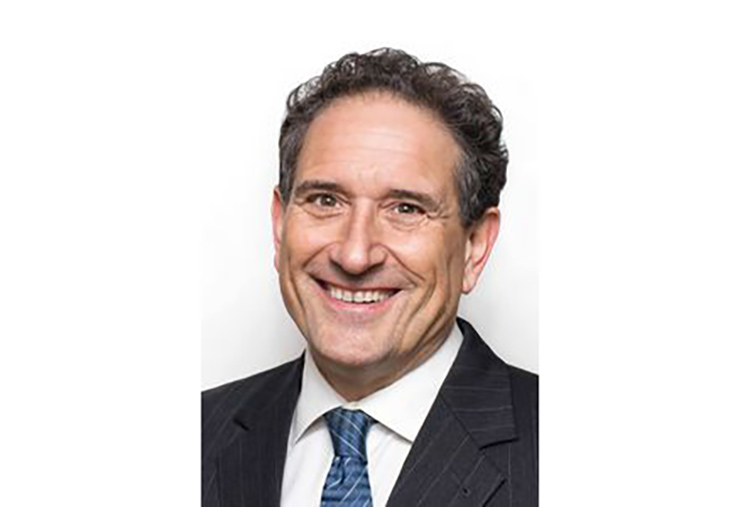 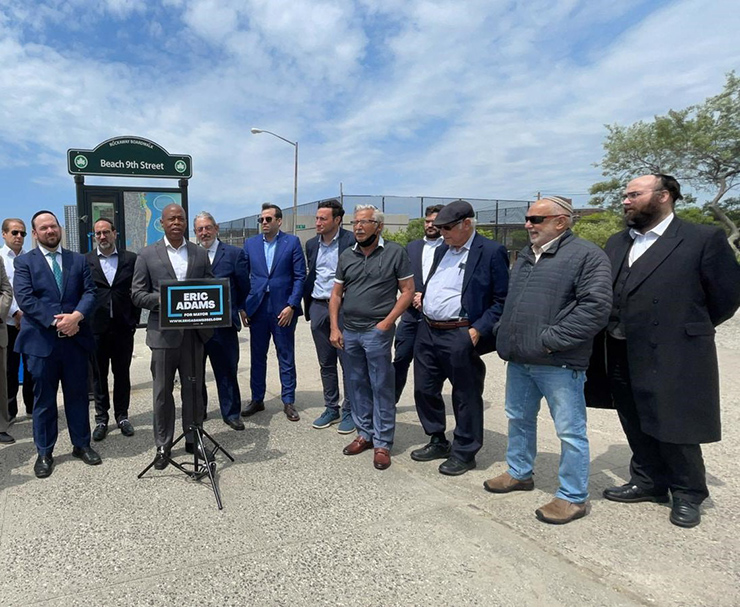