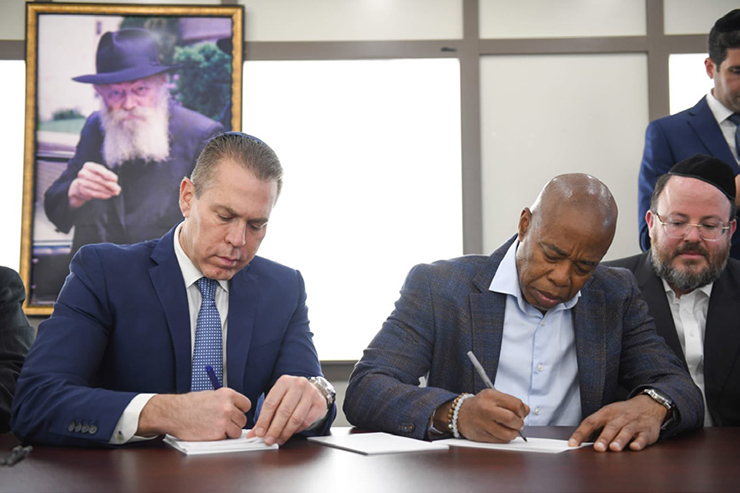 Rabbi Menachem Mendel Schneerson zt”l was niftar 28 years ago. The Rebbe’s final resting place is a short 12 ride from Kew Gardens Hills, at Old Montefiore Cemetery, in Springfield Gardens. I know this trip, as I have visited the site at the oddest of hours as a volunteer provider of vehicle services on behalf of Chaverim of Queens, and have taken the time to engage in personal reflection at the kever. The Rebbe left no will and as such, no predecessor was ever named. To mark the yahrtzeit, tens of thousands of his Lubavitch followers descended on the site to pay their respect. 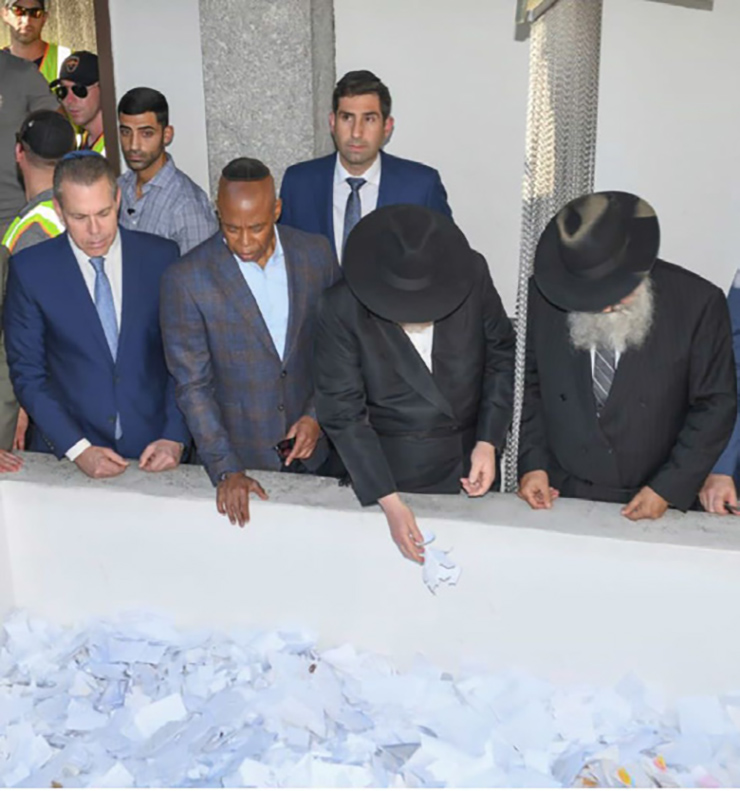 Israeli Ambassador to the United Nations Gilad Erdan joined New York City Mayor Eric Adams on a visit to the great Rebbe’s resting place that included NYPD Inspector Richie Taylor, Commanding Officer of the Community Affairs Unit, and Joel Eisdorfer, Senior Advisor to the mayor. Speaking of the endless stream of visitors, Erdan commented, “Great leaders inspire future leaders, and the Rebbe’s emissaries are living proof of his legacy. His timeless wisdom was recognized by world leaders and helped bring light to the world.”

Mayor Adams recalled a difficult moment during his campaign for office that sent him to the Rebbe’s Ohel to request a blessing. “When I stood by the Rebbe’s mother’s site, I asked her to communicate with my mother, because the spirit of our mothers are so significant. We are the fruits of our mothers, grandmothers, and great-grandmothers.”

Adams also visited the grave of Ari Halberstam, whom he vividly recalled was assassinated on the ramp of the Brooklyn Bridge. “Coming here and just putting a stone on his tombstone is so important to me because he is representative of our children, and we must do all that is possible to protect our youth and make sure that guns do not end up in the hands of bad people.” 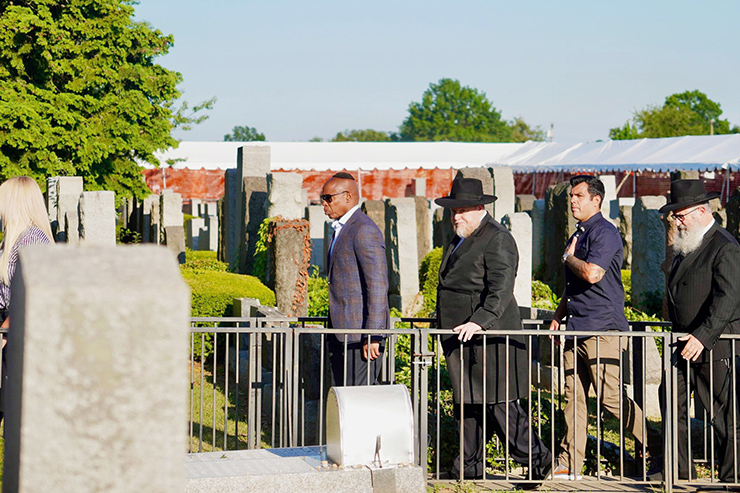 It was the mayor’s message that left a lasting impression: “The Grand Rebbe comes in the spirit of those great leaders that we are blessed with throughout our lives. When we feel difficult times, we go to those spiritual leaders to seek blessings.”