Great is our Lord and abundant in strength, His understanding is beyond calculation.

The first one to call Hashem “Adon” (Master) was Avraham Avinu (B’rachos 7b). In the Siddur HaGra, the Siach Yitzchak explains that we begin our tefilah with “Adon Olam” and our Shemoneh Esrei with Hashem’s Name – which includes “Adon” – in order to arouse the merit of Avraham, who was the first person to call Hashem by the title “Adon.”

While the Siach Yitzchak does not mention it, we note that we also end our tefilos with “Aleinu...laAdon ha’kol.” We say, “It is our obligation and privilege to praise the Master of all, laseis g’dulah l’Yotzeir b’reishis – to give “g’dulah” (greatness) to the primeval Creator...”

The Malbim in T’hilim 99:2 (on the pasuk: “Before Hashem Who is great in Zion and Who is exalted above all nations”) contrasts the word “gadol” with the word “ram.” When it comes to the other nations, Hashem is way up high. He is viewed by the nations as having created the world but having nothing more to do with this lowly world. In that sense, He is “ram”: high upon high, totally detached from our world. Conversely, we view Hashem as “gadol.” The Malbim likens it to a tall pillar that stands on the earth but rises high into the sky above. Therefore, “gadol” indicates our close relationship with Hashem Who lowers Himself to watch over us with hashgachah pratis (Divine Providence) in every aspect of our lives.

Using this Malbim, we can now understand the words “to give g’dulah (from the word gadol) to the Creator.” The rest of the world only acknowledges Hashem as the Creator. We add to that recognition (of course, not really adding to Hashem’s actual greatness, which is infinite) that Hashem is not only the Creator but that He is Adon HaKol, the Master of All. “Adon” refers to Hashem’s involvement down here. That was what Avraham was trying to teach the world when he called Hashem “Adon.” They recognized that there is a Creator. However, they did not recognize His absolute control of and involvement in this world.

[The above is based on sefer Rinas Chaim, by HaRav Chaim Friedlander, who discusses the Siach Yitzchak (in Aleinu of Rosh HaShanah), who quotes the Malbim (T’hilim 99:2).]

Perhaps this is another reason, aside from invoking the merit of Avraham Avinu, to explain why our tefilah begins and ends with “Adon” and why our Shemoneh Esrei begins with “Adon” (the yud at the end indicates my Master – meaning Hashem is Master of my life and guiding every aspect of my personal life).

One of the primary purposes of tefilah is to internalize emunah and our personal and national connection (d’veikus) with Hashem more and more deeply. In one word, the word “Adon” captures that. In fact, it’s interesting to note that first we say “Adon Olam” – that Hashem is the Master and guide of the world. Then, before Shemoneh Esrei, we say “Adon” with a yud at the end, signifying my Master – our personal connection. And finally, “Adon HaKol” – Master over all – the upper stratospheres of the Universe, this world down here, and us as individuals.

“Gadol Adoneinu” therefore refers to Hashem’s hashgachah pratis to us nationally and individually. We will connect the latter phrase, “lisvunaso ein mispar,” b’ezras Hashem, next week. 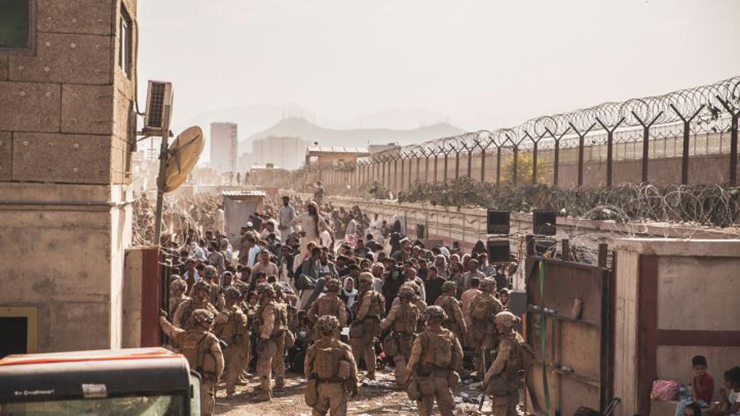