Yes, breaking up with someone you have started to love and see a future with is very hard. But after a certain amount of time, which is different for everyone, it’s time to return to the land of the living and to go out again, date, or enjoy an evening with your friends. It is not healthy to obsess over the relationship or break-up. This email writer is unable to move on, and she is well on the way to making herself – and those around her – sick over this.

Months ago, a name kept being brought up by shadchanim as someone I should date. I knew the guy and knew he was a player, and I’m not looking to be played. Finally, I called a shadchan with whom I was very comfortable and said that if he was willing to go out, then I was, too. He agreed and we went out on our first date, then our second and third. At first, I kept my guard up, because of the reputation he had, but then I got to know him and slowly got comfortable with him. If we were in the secular world, I would call him my “boyfriend.” I was always thinking about him and looking forward to our dates and calls. We discussed our future together as if it was a done deal, and we knew we would marry each other. Some weeks we went out two or three times, if our schedules allowed it.

But then, one day, he called and said he had been discussing “us” with his rav and dating coach and he feels that the right thing would be if we stopped dating. I just stood in place. My mind was blank. I didn’t think I heard him correctly, but I did. I didn’t know what to say. There was silence. When he started to talk again all I asked was “Why?” I wanted to say so much, but that’s the only word that came out of my mouth. I don’t remember exactly what he said, but it was something like over our last few dates he was questioning if I was his bashert and that’s when he began talking to his rav in addition to his dating coach. It took a lot of time, but this is what decision he came to.

I don’t know what he said to them, but they seemed fine with his decision to break up with me. People who didn’t know me, who only knew what he told them about me and whatever else he was feeling, agreed with his decision that he should break up with me. I asked why he didn’t bring up his questions to me – we were the ones dating and I could have cleared up anything by answering him truthfully about whatever he needed to know.

I floated through the rest of the call. Part of me wanted to beg him to reconsider, but I didn’t want to sound pathetic. Another part of me wanted to scream and tear him into tiny little pieces for doing this and for how he was doing this, and another part wanted to bury myself under the covers and never come out. I chose to bury myself in my bed. I didn’t want to tell anyone because that would make it real, but it is real even if I kept it to myself. This part of my life was over.

It’s been more than two months and I can’t even think of starting from scratch with another shidduch date. I’m scared that this may happen again, I’ll get very comfortable with someone and then boom, he’ll break up with me. I am doubting myself now; he said he had been thinking about the breakup for our last few dates. Was I totally oblivious? Was I being played? Was I so stupidly happy that I couldn’t see that we weren’t on the same page? But then if we weren’t, why did he bring up those things we spoke about. He started those conversations about the future, not me. Was he on a mission to find out my feelings and opinions about all that before he broke up with me? Did his rav or coach advise him to do that? I’m so embarrassed that he discussed this with others, maybe he told them my real name. Who knows what he told them?

My mother is telling me to go out with someone new, to call a shadchan. She says it’s not healthy to be this depressed about him for this long, but she wasn’t in love with him, so how does she know? And now my friends are siding with my mom. They say to move on and get over it and they are tired of hearing about this. I’m tired of speaking about it, but I’m completely broken over this. No matter how much I try, I just can’t get over this.

Help me. I need advice.

Thank you for your email, Heartbroken.

Oyyy, my heart just breaks for you. I can’t even think about the hurt you must have and the pain you feel every day.

But let me address some things you had mentioned.

You wrote that this fellow had a reputation as a “player.” Instead of that, it may be one of two possibilities. The first, he may just be afraid of commitment or have FOMO (Fear of Missing Out). I have heard too many times from men and women that they were always scared to take the next step. They knew the “next step” would change their lives and they didn’t know if they wanted or were prepared for that. Yes, they wanted love, marriage, and children, but they couldn’t move forward with anyone who wanted to take the next step with them. Eventually they were able to work through their fear and took the next step in the relationship. The second possibility: People always think something better is around the corner (the FOMOs). Those individuals think that if they commit to this person, they would be missing out; “What if someone better is redt to me next?” I tell those people if they begin to love someone, that love makes them see that person through new eyes. The person around the corner will not be appealing or attractive at all, because they found what they were looking for – it wouldn’t even be a question. Or he could just be the player you were told about.

It isn’t healthy for you, or anyone, to wallow in this depression, to not be able to move on. You wrote that you are completely heartbroken, and you have questioned everything that you did, and everything he said, to see if there were signs of him leading you on. Those are normal reactions to the end of a relationship, but it has been two months. You need to stop doing that. You need to come out of the rabbit hole you have fallen down. You will never get the answers and closure you need. That’s one of the horrible things about this. I agree with you that the call was a cop out, a childish move. But that’s what happened.

It’s not that your mother and friends can’t understand or are bored from you talking about this. They know it’s not healthy either, and nothing you can say will change the outcome. Your friends want the old you back, the one they love to go out with and have fun with. This man-child did what he felt was right for him and now you have to do what’s right for you. Don’t let him have any power over you. He doesn’t deserve it.

Why did he do this? Is he a player, was he scared? Who knows? But I choose to think that he got cold feet and couldn’t take the next step. How long can you stay in the “just dating” phase of a relationship? Each couple is different. If he had anxiety, could he have spoken with you? Of course. But he spoke with people he trusted and people who want the best for him. I don’t know what he told them about you, but the coach and rav were advising him to do what feels right for him. It doesn’t matter that they know or don’t know who you are, because you as a person have nothing to do with it.

Yes, it’s disheartening to start at square one again with dating, but you must. You should date someone who wants to take the next step with you; and if he has worries, he should feel free to discuss them with you. You deserve it all. But you won’t get any of it by moping around, listening to “break up songs.” Call a shadchan. Go out. But don’t compare any fellow to this one; they will all fall short. It’s understandable if you have your guard up. You feel as if you were played and don’t want to let yourself be that vulnerable again. But if you get close with someone and the topic comes up, you can let him know why you are being cautious. If he really is your bashert, he will help you take down your wall at your own pace.

You can always look into finding a therapist if you feel you can’t take that first step to getting out there again, or if you really can’t pull yourself out of this funk. Nothing is wrong with speaking with a therapist. If that’s what you need, then do it. But do something!

You need to concentrate on the future, and he is in the past. What’s done is done. Listen to your mother and friends. You want to be able to laugh about this story with your children one day: “Can you believe I was so upset about that guy? Tatty is so much better in every way than he was.”

The Reason And The Cause 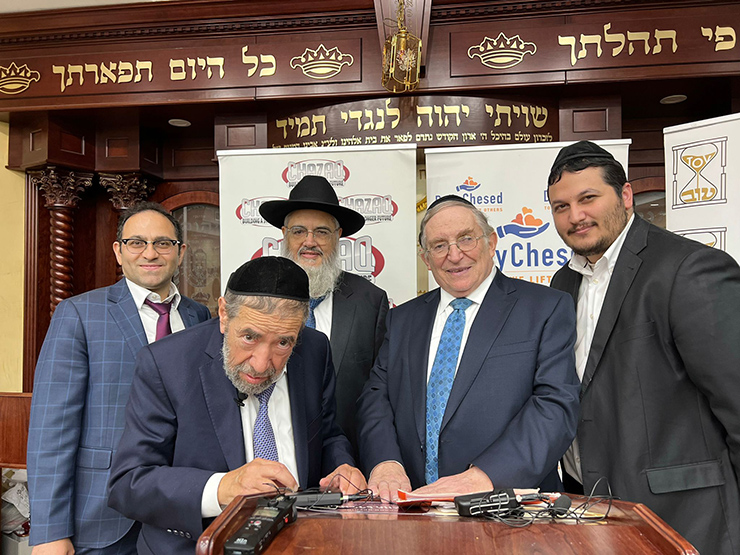 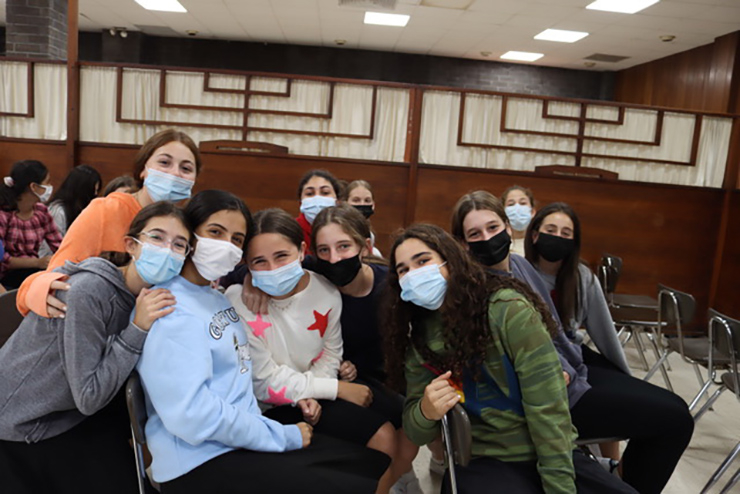 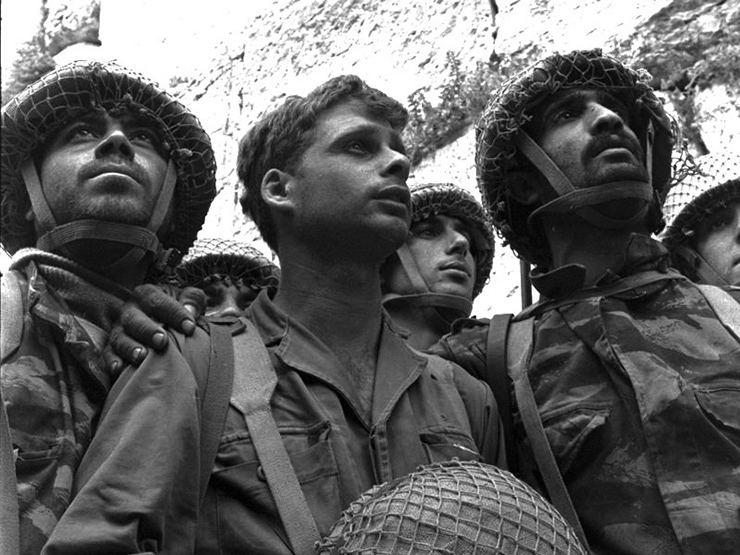 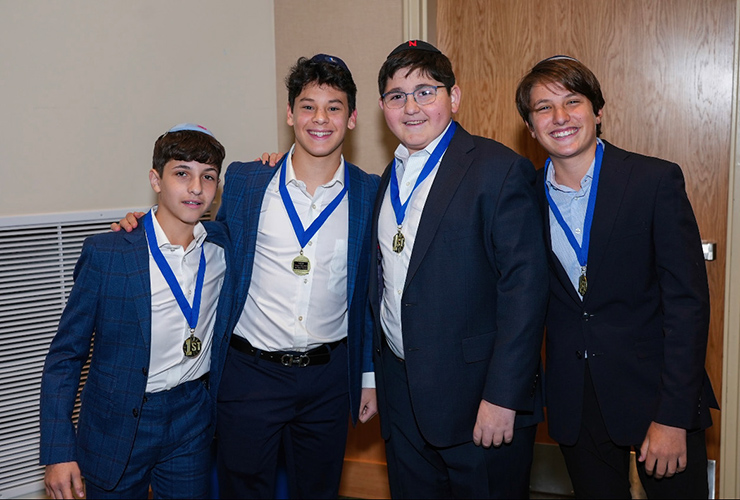 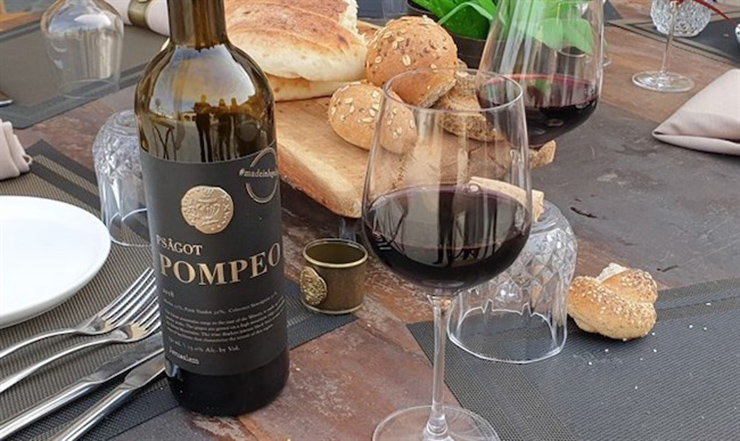 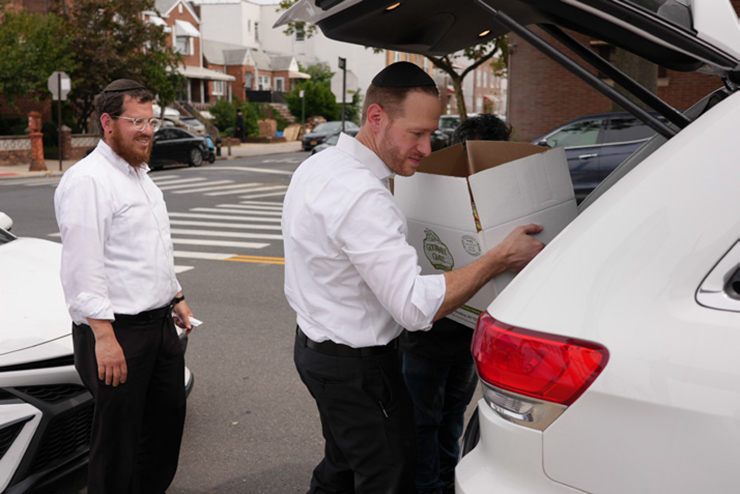 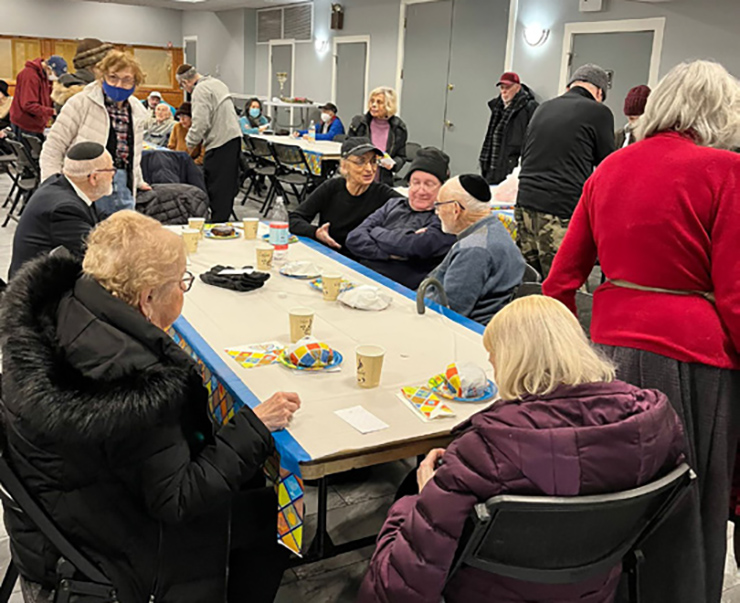