Amid all the noise of the Left side of the Mayoral primary contests, two Republicans had a Battle Royale cage match of a debate.  Aired on PIX11 on Thursday night, candidates Curtis Sliwa and Fernando Mateo tackled numerous topics close to the hearts and minds of New Yorkers, and presented their visions for the City.

Curtis Sliwa made his name in the 1970s when he founded the Guardian Angels, which patrolled the New York City subway system combating crime. In 1990, he started his radio career, and spent the next three decades discussing the issues until he took a hiatus to run his campaign.  Sliwa is endorsed by the Republican Parties of Brooklyn and Staten Island.

Fernando Mateo is a self-made millionaire who has owned a variety of businesses, all of which began with a single carpeting business started at the age of 18.  He has been politically and civically engaged in New York for decades.  Mateo is endorsed by the Republican Parties of the Bronx, Manhattan, and Queens.

The following are the topics brought up in the debate, and how the candidates answered. Both questions and answers are paraphrased for brevity.

Question: Both candidates discuss “refunding” the police.  How much more money does the police need?

Sliwa: Enough to hire 3,000 additional police officers, which will be funded by having multiple universities pay property taxes, which they currently don’t. Police must do their jobs as they are trained to do. “If you cross the line, I’ll be your worst nightmare.”  Additionally, restore qualified immunity for the police.

Mateo: Nobody knows how much money is the right amount for the police to do their jobs, but as mayor, they’ll get it. We need to restore law and order, and NYPD will have my full support.

Sliwa: Yes, to Stop and Frisk, but to a smaller degree.  Bloomberg had quotas on how many people an officer stopped and frisked.  It should be available to officers, but only with probable cause.  Yes to the anti-crime unit.

Mateo: Yes to both.  With crime being so high, New Yorkers are looking for peace.  I will do whatever it takes.

Is there room for protests, like the ones after George Floyd? Do you believe black lives matter?

Both said yes, but with permits, and police will ensure the peace.  Rioters and looters will be prosecuted.  Both said of course, all lives matter.

How will you boost the economy?

Sliwa:  We need to get people back to work.  There are millions of square feet of empty space right now.  The Right to Business plan will stimulate the investment in these empty spaces.

Mateo: 10% tax breaks to any business that comes to NYC.

Both candidates oppose vaccine passports.  Both are vaccinated.  Both opposed mandatory vaccinations for children to go to school.

How will you increase grades in the public school system?

Sliwa: Eliminate Critical Race Theory.  Schools should teach history and civics.  Schools should start each day with the Pledge of Allegiance.  Open up the gifted and talented programs, which were closed because too many Asians got in.  Make sure schools are well funded, so teachers should never have to reach into their own pockets to pay for supplies in the classroom.  Eliminate the Department of Education, and send that money to the schools.

Mateo:  Increase the vocational school system.  Every parent should have a school voucher, and parents can choose where to send their children, be it public, charter, or private school.  Students should wear school uniforms so students look like students and are not distracted.

Both candidates supported school choice and testing for kids to get into gifted and talented programs.

Would you end hotel occupancy by the homeless?  How will you pay for it?  Should the NYC Housing Authority (NYCHA) be privatized?

Sliwa: Homeless should be removed from the hotels.  We need to work on making shelters better.  Regarding NYCHA, it should not be privatized, but we should revive the Jack Kemp idea where the NYCHA residents have a small amount of ownership in their properties so they can grow equity and move out.

Mateo: End hotel occupancy by the homeless immediately.  Build affordable housing in the industrial sections of the outer boroughs, near the mass transit lines.  NYCHA should be privatized, because the government has no idea how to run a business.  Privatize it, and hold people accountable.

Should the government bail out yellow cab medallion owners (averaged at $499,000 debt)?

Sliwa: No. The yellow cabs have been their own worst enemy.  We shouldn’t bail out the medallion owners, many of whom act like oligarchs.  We’re going to have $5 billion of debt, we can’t keep throwing money at problems.

Mateo: Yes.  The city took these people for a ride.  They pay an overinflated amount for a piece of tin.  They paid us that money.  We’re giving them a refund for what they paid for.

What will it take for New Yorkers to feel safe on subways and busses?  What will you do to improve transportation to the outer boroughs?

Sliwa: I’ve been patrolling subways for 42 years. We need 4,500 cops down there.  500 undercover cops patrolling the subways.  Need to enforce turnstile laws to stop sucking money out of the system.  If we don’t, the MTA will go insolvent. The MTA is a state agency, and the governor has abdicated his responsibility.  We have to use intelligent planning for outer-borough transportation.

Mateo: We need more police officers.  I would make sure that we have a system that works, but a safe system.  Since riding the subway is outside of my area of expertise, I will make Curtis Sliwa a part of my administration to advise me on subway issues.

Regardless of the results of the June Primary, the winner will have to contend with the Democrat’s nominee.  Given that, according to Pew Research, 56% NYC residents are Democrat, compared to 28% Republican, it will be an uphill battle in the general. However, the unpopularity of de Blasio and the ruin he left the city in may cause the city to surprise, as it did with the election of Rudy Giuliani in the ‘90s.

In this debate, the entirety of which can be found on YouTube (just search “Sliwa Mateo Debate”), Curtis Sliwa came out ahead.  He had a far greater command of the issues, got into specifics on his plans, and hit Mateo directly as needed.  His experience in the literal underground of the City and his decades in talk radio have given him a tough skin and a verbosity that Mateo couldn’t match.  Mateo is business-friendly, but he couldn’t speak as eloquently about policing and transportation as Sliwa could. For New York to thrive, it needs to be safe, and Sliwa’s plans in that regard were far more detailed than Mateo’s.

The Republican primary election will be on Tuesday, June 22. 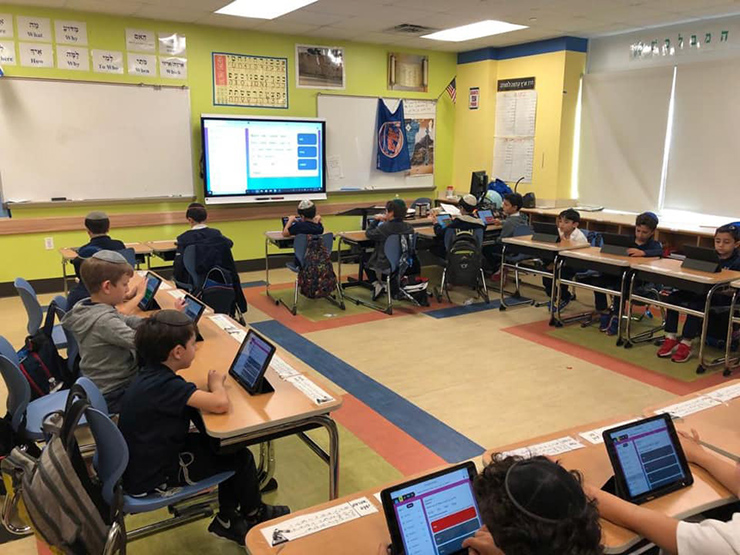