Just about two weeks ago, around mid-December 2020, the 50th anniversary of the Leningrad trial was marked. The Leningrad trial involved eleven individuals, mostly Jews, who stood trial for attempting to carry out the hijacking of a small empty airplane in June 1970. It was a fantasy; under the disguise of a trip to a local wedding, the hijackers would buy every ticket on a 12-seater plane, so there would be no passengers but them.  Their plan was to board the empty 12-seat plane from inside the Soviet Union, in an effort to escape the USSR by landing the airplane in Sweden.  Later on, this story was dubbed Operation Wedding.

This was a radical plan with greater chances of failure than success, and most importantly, this plan was a criminal offense against the regime of which these eleven individuals were citizens of.  The passion of these activists and their love for freedom and the State of Israel did not intimidate them, despite fully knowing that once caught, they would face long years in the Gulag.

The trial ended with death sentences and long prison sentences for all eleven activists.  The main architect of the plan, Edward Kuznetsov, along with Mark Dymshits, who was to pilot the hijacked plane, were both sentenced to death.  The Soviets hoped to make an example of the group and instill fright in the millions of Jews living under Soviet rule. The eleven activists knew they were devising a low-chance-for-success hijacking scheme, but they were nonetheless willing to pay the very heavy price of long years in prison. They were desperately attempting to bring attention to the plight of the Jews in the Soviet Union.

Ultimately, their arrest and severe punishments jumpstarted a movement that culminated with the freedom of millions of Soviet Jews. Equally important, this movement unified the identity and commitment to Jewish peoplehood, suffering and yearning for Zion almost anywhere in the world.

Unfortunately, the fifty-year anniversary of the Leningrad trial came and went and no meaningful events took place to remember these heroes.  I doubt that anyone remembers their names and their courageous act of defiance, no matter how illegal it was.  The Jewish world at large paid almost no attention to commemorating the event itself and the catalyst it proved to be to inspire and unite Jewish people regardless of their religious affiliation or geographical location - in Israel and outside of it. It was a uniting cause.  One may even suggest that a no more fitting comparison to the story of Chanukah exists, let alone the timing coincidence this past mid-December. And yet, there was no look back and mentioning of this story.

And this brings us to the story of Jonathan Pollard.

This past week, Israelis rejoiced at the coming home of Jonathan and Esther Pollard after 35 years of hell and agony.  While the story of the Soviet activists and Jonathan Pollard are not comparable, there is nonetheless no excuse for the behavior of US Jewry throughout this painful saga.

Jonathan Pollard was a U.S. Navy intelligence analyst who, in the early ‘80s, transferred highly classified and pertinent information about the military and nuclear capabilities of Arab countries hostile to Israel, to Israeli intelligence officers in Washington. In other words, Israel’s intelligence branch made a conscious decision to activate him.  This decision was motivated after it became clear to Israel that the U.S. decided to not honor its part of a mutual intelligence sharing agreement (the Memorandum of Understanding), signed just a few years earlier with Israel.

Pollard’s motives to help the State of Israel and its people was rooted in his Jewish faith and allegiance to Israel.  A large portion of his family was destroyed in the Holocaust, and he realized that this time around he cannot abandon his people similarly to how they were abandoned to their fate in the ‘40s.

Once Pollard was arrested, U.S. and Israeli officials came to terms to deal with the incident swiftly and quietly.  Pollard would confess in a plea agreement to transferring classified information to a U.S. ally for the benefit of the ally.  In exchange, Israel naively agreed to return all documents it had received from Pollard, believing that they would not be used to incriminate Pollard.  Israel was given reassurances by the U.S. government that federal prosecutors would not request the maximum sentence for Pollard’s crime.

The plea-agreement, Israel was made to believe, would result in a punishment of maximum four years in prison, given the fact that no harm was caused to the U.S., and because the information was shared with an ally.

We all know by now that a fundamental miscarriage of justice took place when, without a trial, Jonathan Pollard was sentenced to life in prison.  Jonathan was tortured during interrogations and was held in conditions only imaginable in the former Soviet Union.

With the passage of time, more and more senior U.S. intelligence, military, and government officials had opportunities to review the classified information relative to the Pollard case.  They voiced that Pollard never harmed America, never committed treason and that “no one in the history of the United States who did something similar to Jonathan Pollard served a life sentence, nor should he.”  It became clearer by the day that Pollard was denied due process and that a double standard applied to him.  As several lawmakers concluded: He tried his darnedest to give Israel only information which he believed was necessary to Israel’s survival and did not jeopardize the interests of the United States.

In August 2011, U.S. Rep. (D- MA) Barney Frank sought permission from Congress to discuss the incarceration of Jonathan Pollard and called on Barack Obama to “answer the many calls for Pollard’s immediate release.”  Frank said that “Pollard has paid a price much higher than anyone else that spied for a friend of the United States and more than many who spied for its enemies.”  Despite these efforts and appeals, no breakthrough ever occurred.  Not in government, nor in the courts.  There was no justice.  Fair reviews and hearings never took place simply because the truth, namely, that there was no secret damage caused by Pollard to U.S. interests, and that he was singled out because he was Jewish, was not allowed to come out.  Moreover, no reasonable arguments could be presented to defend the government’s breach of the plea bargain that resulted in a disproportionate life sentence.

The New York Times reported that during the Obama administration, Vice President Biden told his commander-in-chief: “Over my dead body are we going to let him out before his time. If it were up to me, he would stay in jail for life.”  Thank G-d, Pollard’s fate was decided by Hashem and not by Biden.

Despite the many objections by government officials to review the case, it was a positive development that more and more American officials expressed their outrage at the unjust claims of treason against which Pollard could not defend himself because of his waived rights to trial under the plea agreement.  Simultaneously, pressure from Israel’s government and parliament started to mount to bring this tragic saga to a just end.  The pressure on Israel’s government came from grass root efforts led by dedicated youth and citizens who saw that Pollard was unjustly punished because he was a Jew who supported Israel and cared about its citizens. This point is sadly where a rift between American Jewry and Israel erupted.

An additional detail that is noteworthy to mention is the fact that no self-respecting rabbi, let alone the former and elderly Sephardic Chief Rabbi of Israel, Harav Mordechai Eliyahu, of blessed memory, would make repeated long distance and twelve-hour long plane rides, to visit a downtrodden prisoner, absent of a deep conviction of the injustice of the punishment.

Sadly, none of the above mattered here in the U.S. to the larger Jewish (orthodox) community to awaken to the cause.  The leaders of Jewish organizations rushed to distance themselves from Pollard, lest they be accused of dual loyalty, with the exception of a few individuals at The National Council of Young Israel.  The American Jewish community failed to look at history and to be inspired by the Soviet Jews.  Eleven Soviet Jews, of whom several sentenced to death, succeeded in inspiring a movement that culminated in the freedom of millions, however, in the free USA, millions failed to inspire one another in working together to free one brother who was treated harshly and against whom political vengeance was taken instead of proportional justice.

The Jewish “leaders” and rabbis that I and few others approached over the years, were asked for example to include Jonathan’s name in the publicly read weekly blessings for the ill and imprisoned.  Small but important requests like these should have been universally adopted across synagogues, but they were turned down time and again and with the most bizarre excuses.  There are countless of other examples of this behavior, ranging from prominent Jewish politicians to well-connected Jewish individuals and organizations that were approached to speak out and help, but which are too painful to spell out.

The commonality these “leaders” all shared was to lash out at Pollard and his wife and to ridicule their circle of supporters.  As Caroline Glick stated, and with which I couldn’t agree more, they did so because they were in denial of anti-Semitism. To this I would like to add that Pollard’s plight magnified their weakness and lack of backbone.

I consider myself blessed to have been close and part of the small group of dedicated and tireless individuals that spared no effort to do everything possible to keep this story alive and going until a positive outcome came about. There was a real fear that Pollard would not have been able to withstand the toll of the continued harsh conditions of his incarceration on his physical and mental health, but fortunately this was averted thanks to the dedicated efforts by Pollard’s pro-bono lawyers and Rabbi Pesach Lerner.  The whole saga was a very long and trying test of faith and resilience.  Against all odds, Pollard prevailed and arrived in the holy land where he was warmly greeted by Prime Minister Netanyahu who was waiting for him on the tarmac as he landed.  The last time the two met was in 2002, when Netanyahu was a private citizen and he visited Pollard in prison.

In Israel, a sigh of relief was let out as soon as the news of his arrival broke out, almost as if a story with biblical dimensions finally came to closure. Here, the Jews kept mostly quiet, similarly to how the 50th anniversary of the Leningrad trials came and went and were not remembered.

Let us hope that both stories will inspire faith, unity and care for one another regardless of the divide of diaspora.  After all, as Caspar Weinberg – the Secretary of Defense and self-hating Jew, who provided the secret memos with the false accusations of treason to the sentencing judge – himself stated in 2002: “[t]he Pollard matter was comparatively minor. It was made far bigger than its actual importance.” So let’s remember this to help us heal the rift.

Jacques R. Rothschild was born in Belgium and served as a unit commander in the IDF paratroopers.  He graduated in Mathematics, Statistics and International Affairs from the Hebrew University of Jerusalem and lives currently with his family in New York City where he works as an advisor to the Sovereign Wealth Fund of Kuwait.  He also writes and speaks publicly about current affairs and causes for which he cares deeply. 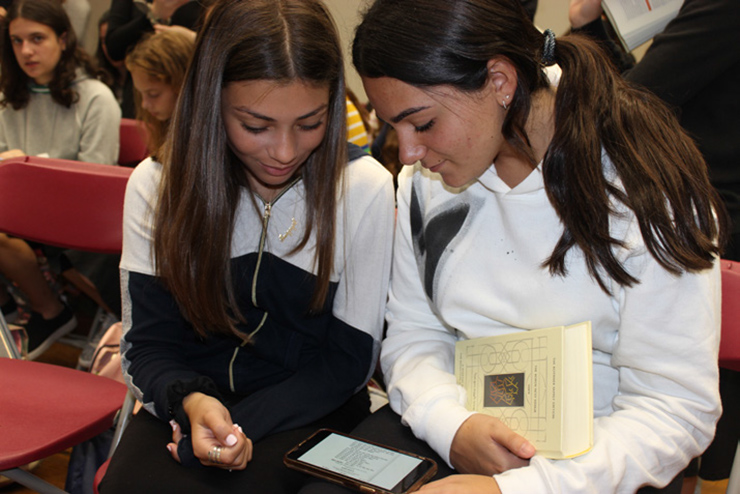