Quick, how do you convince people to move to the town you’re living in?  I need to know, because they’re coming for Shabbos.

See, I have a friend from yeshiva who moved to Brooklyn shortly after he got married, and now he’s considering moving to Passaic, where I live.  Not because of me, as far as I know.  Until just now, we haven’t actually spoken since he moved to Brooklyn, because we’re both pretty anti-social, which I guess is why we’re friends.

Does that make sense?

But I guess wherever you live, there’s someone in your life who at some point will consider moving there, unless you’re a totally unlikeable person.  And they’ll ask you to host them for Shabbos.  We’ve actually done this once before about 14 years ago, with one of my best friends, and now he lives in town and we daven in the same shul in two different minyanim and almost never speak except when we happen to pass each other in the lobby when one of us isn’t allowed to talk.

Sometimes I feel guilty for not having more to do with him, because I was originally under the impression that he settled on Passaic largely because he had a friend there (me).  But then I think that if he’s been here all this time and I’m still his only friend in town, maybe it’s no longer my fault that he lives here.

But it’s been a while, and I’m not even sure how to prep for this Shabbos.  What do I even do to convince my friend to move here?  Do I mention all the other guys that live in town that we went to yeshiva with that he hasn’t spoken to in 15 years?

My wife has been taking a more proactive approach, prepping our neighbors to speak to our guests over the course of Shabbos.  The idea is that you want your friend to meet as many people as possible so he gets get a well-rounded argument about why he should live here.  But what if that friend is anti-social?  Then he walks away saying, “Shabbos was exhausting.  I’ve lived in Brooklyn for fifteen years and I’ve never spoken to as many new people on a Shabbos as I have this week.  Forget this!”

Most of the people my wife has lined up used to live in Brooklyn.  Are we really stressing how living here is better than where they’re coming from?  They’ve already decided to move out of where they’re coming from!  Shouldn’t we focus on comparing it to the other town they’re considering moving to?  We don’t know many people from that town, though.  My wife does have one friend that she wants to bring in who’s lived in both towns – someone who lived in Passaic, married a guy from that other town, lived there for a while, and then convinced him to move back here.  As an unbiased opinion, of course.  Of someone who chose Passaic over that other town.  Shouldn’t we also invite someone who lives there – maybe stage a whole pros-and-cons thing?

Maybe we should bring her husband in on this.

Not that my friend is even loving the idea of moving out of Brooklyn, as it’s a big adjustment for him.  For example, they’re excited that they’d finally have a lawn that the kids could run around on, but on the other hand, he’s saying, “I’d have to mow that lawn.”  Because otherwise the kids will get lost.  This worries him, because in all the years he’s lived in Brooklyn, he’s never owned a lawnmower.

So I said, “Yeah, well, there are upsides to living here too.”  For example, in New Jersey, when you go somewhere, you can sometimes just park right in front of that place.  On the other hand, no one wants to hear about it. You come inside and you say, “I got a parking spot right in front.  Can you imagine?  I took pictures!” and nobody cares.  It’s not even something you talk about.  It’s like living in the city and talking about what you almost sat in on the subway.

While I’m cleaning, though, I should really hide all those articles where I talk about how run-down the houses are in Passaic.

Wait.  Should we even hide the bad things about Passaic, or should we let them make a balanced decision?  On the one hand, we’re friends, so we want them to move here so they can have all the same issues that we have, because shared hardships bind people together.  But on the other hand, I think they expect their friends to be honest.  Isn’t that why they’re coming?

Wait.  Why are they coming?  It’s just something people do, right?  I’m not sure that they even know what they want from this Shabbos.  They’ve seen the town before, when they stopped by to apply for schools and probably get pizza, and they can ask us anything they want over the phone…

“The rest of the week I’m working, so how much does it matter where I am, exactly?”

Why is visiting someone for a Shabbos something you do when you’re trying to decide whether to move somewhere?  Is this how you make all major decisions now -- you go to someone else’s house and see what they do?  Because it’s great that marriage is between two people, but two people can’t actually have a vote.  You really need a third party here.

Maybe they want to see what guest rooms are like in Passaic.

Or maybe they want to hear my kids answer parsha questions so they know if the schools here work.

Because that’s definitely one of their concerns, obviously -- they want to know about the schools.  (You can’t just ask the schools about the schools.)  So we have these schools that we’re always complaining about to our neighbors who also have kids in those schools, but now we’re trying to find something nice to say about the schools to convince our friends that they’re okay.  So before we introduce our guests to other people, we have to prep those people:

“Don’t say anything bad about the schools.”

“I thought we don’t love the schools.”

Or is the entire point of coming for Shabbos just to remind them how much they used to like us so they move here to be closer to us?  Perhaps it’s an interview:  Did we change into people they don’t like?  Maybe we did, but it could just be because we’re getting older:

“They used to be so much fun, and now all they talk about is tuition.”

Or maybe the point of spending Shabbos is to give your kids some time to bond with kids who live in the town you want to move to, because that way when your kids say, “I don’t want to move; all my friends are here!”  You can say, “Yeah, but what about those friends you made on Shabbos that one time?”  And they’ll say, “Yeah, you’re right!  Let’s uproot our lives.”  Because the thing you have to consider is that for you, it’s just, “This is where we’ve lived for the last ten years.”  For your kids, the last ten years is all they’ve had.  They’re thinking, “We have to uproot everything we know.”  And you’re thinking, “That’s because you don’t know much…We really have to check out the schools.”

Or maybe going to someone for Shabbos gives you pretexts to make multiple phone calls for the random questions that suddenly occur to you that may not be worth a whole phone call.  Like first you call to find out if you can come for a Shabbos in the first place, and then you call again to figure out which Shabbos.  Then you speak again to find out what you can bring, and so they can ask if anyone’s allergic to anything, and then there’s another phone call after Shabbos because you left some stuff there, followed by another phone call to ask if you left anything else because there are things you can’t find.  And then there are some more phone calls to arrange to get the stuff back to you, and, “How about you just move here, and then we can give you all the stuff that you left!”  And then you move.  Because it’s just easier.

So I’m not even sure what’s expected of me.  My plan is to have a good time over Shabbos, and just relax about the whole thing, because unlike with other Shabbos guests, it’s up to them to come up with all our conversation topics.  And that’s a huge relief.

The last time I did something like this, all those years ago, I tried my hardest to get my friend to move into town.  Nowadays, being older and wiser, I don’t really care as much.  Either way is fine.  The only reason he’s here for Shabbos is that he doesn’t live here.  If I convince him to move here, he’ll never come back for Shabbos.  Who sleeps at someone’s house for Shabbos if they live in the same town?  This isn’t a slumber party.  We’re adults.  At most, we fall asleep on the couch while trying to have a conversation after the seudah.  But on the other hand, it has been 15 years, and the only reason he’s here for Shabbos is that he has an agenda, so I guess it would be nice to at least nod at him in shul once a week.

Maybe he’ll bond with the other guy. 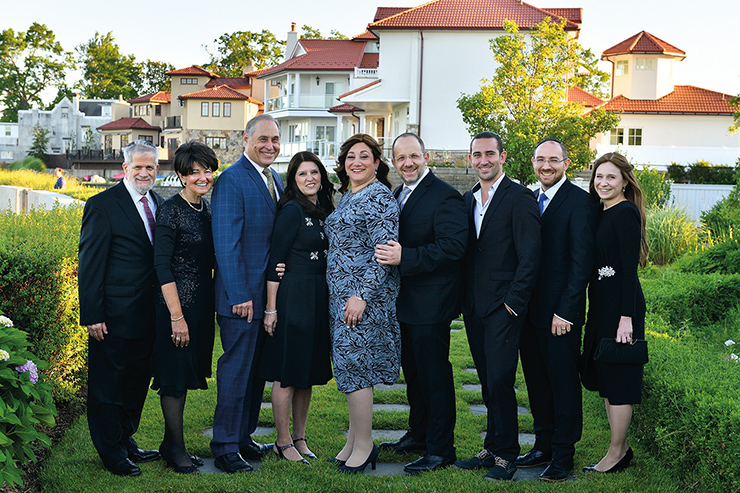 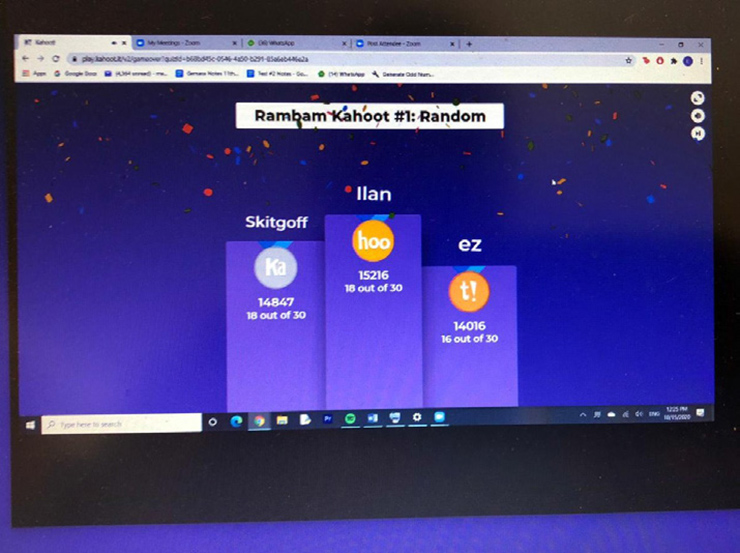