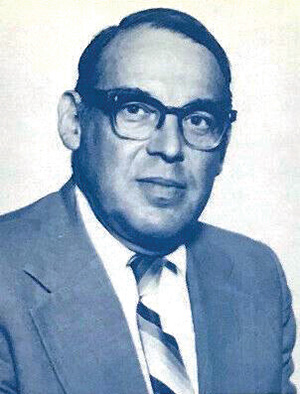 Whenever the parshiyos of Acharei Mos and K’doshim converge, as they did this past Shabbos, I think of an old quip: “Acharei Mos” – after one’s death, “K’doshim,” people eulogize the niftar – regardless of the truth – that he was a kadosh – holy and pure. This past Shabbos morning, as my distinguished uncle, Rabbi I. Nathan Bamberger z”l, took leave of this world at age 95, I can say with absolute conviction that he lived his life with authentic k’dushah.

To me, my uncle was all one could aspire to be in life: a genuine talmid chacham, a m’chaber s’farim, a wonderful husband, a doting father and grandfather, a rav who brought his congregants closer to the derech Hashem, and a sincerely caring individual. All who knew him simply loved him.

His life was not easy, filled with trials and tribulations. But one would never know it. He was forever positive, warm, and optimistic. He was a true maamin, and accepted every challenge with strength and fortitude. Together with his entirely dedicated Rebbetzin Dina (nee Berlinger), they made the ideal couple for the shuls they served, both in Jackson Heights (Queens) and Kingsbridge (the Bronx). My aunt was always happy and had a kind word for all. But one noticed a special gleam in her eye when my uncle delivered one of his powerful d’rashos, holding the crowd mesmerized, inspired, and moved. When she took ill, my uncle put everything in his life on hold – for many years – to take the finest care of her, until her final day in this world.

The story of our family’s survival during the Holocaust is unique and fascinating, in that it is an anomaly of history. Generally, stories of the war years focus on the evil or, at best, indifference, with which the European host countries treated their Jewish citizens. The people of Denmark, from where my family hails, were different, a bright light in the vast darkness of the world at that time. The Danish gentiles, including their courageous king, actually put their very lives on the line to protect and save their Jewish neighbors. My uncle never tired of retelling this amazing story of hashgachas Hashem, and even published a book on the topic, titled “The Viking Jews.”

My grandparents, HeChaver R’ Moshe and Mrs. Chava (Clara) Bamberger, had three boys and one girl; my uncle the niftar, born in 1925, was the oldest, then my aunt Helen (Hellmann), my uncle Niels, and my father, who was the youngest. They were all born in our ancestral city of Wurzburg, Germany. Descending from the royal lineage of Rabbi Yitzchak Dov HaLevi Bamberger, the celebrated Wurzburger Rav (1807-1878), who was one of the leading g’dolim of Germany and a world-renowned posek, the Bamberger children were raised with the awareness that they were expected to uphold the highest Torah standards of their forebearer. Of the Wurzburger Rav’s many sons and students who themselves became great rabbinic personalities throughout the European continent, the son chosen to succeed him in the Wurzburg rabbinate was Rav Nosson, my uncle’s grandfather and namesake.

In 1933, with the rise of Hitler, yimach sh’mo, in Germany, my grandparents presciently decided to relocate to my grandmother’s native Denmark to raise their family in relative safety. In downtown Copenhagen, they established their home, a large edifice containing living quarters that housed a 200-year-old family shul in which minyanim were conducted daily. My grandfather led these services, faithfully following the precious family minhagim.

The Germans occupied Denmark in April 1940, but acted with surprising restraint against the Jewish citizens for some time. Erev Rosh HaShanah 1943, my grandmother was preparing for Yom Tov, setting the ornate table in the dining room and peeling potatoes and dicing vegetables in the kitchen for the festival meals. Suddenly, word circulated throughout the Jewish community of Copenhagen that Hitler was secretly planning to round up the roughly 8,000 Jews that evening.

The Bamberger family, as well as most of the Jewish community, fled their homes immediately and went into hiding. Several days later, thanks to the heroic efforts of the Danish underground and the honorable non-Jewish citizens of Denmark, almost all of the Danish Jews were smuggled across the sea on fishing boats to the safe shores of neutral Sweden.

The Bambergers lived in Malmo, Sweden, throughout the duration of the war, until May 1945. Upon returning to Denmark, my grandparents were greeted with an additional miracle. Their home and synagogue, containing sifrei Torah, ancient s’farim, and priceless family heirlooms, were intact and untouched. They discovered a table still set for Rosh HaShanah, and a forest of vegetation growing from the deserted potatoes and vegetables in the kitchen!

Shortly after the war, my uncle came to America, enrolling in Yeshivas Ner Yisroel (Ner Israel Rabbinical College) in Baltimore where he studied under Rav Yaakov Yitzchok Ruderman, before transferring to Yeshivas Rabbeinu Yitzchak Elchanan, where he received his s’michah from Rav Yosef Dov Soloveitchik. He also learned, with great diligence, under “the Suvalker,” Rav Dovid Lifshitz, as well as Rav Mendel Zaks, a son-in-law of the Chofetz Chaim. These Torah giants made a profound impression on him, and he would relish recounting stories about them.

A brilliant scholar, there was no better a person to consult with when researching minhagim, Jewish history, or any matter pertaining to isur v’heter (He worked tirelessly for the OU in their vaunted Kashrus Division). Whenever I called or visited him, he shared a d’var Torah with me, and no matter what sugya I was learning in yeshivah, he displayed an astonishing fluency in it.

When he retired to Riverdale, the community recognized the gem in their midst, and invited him to deliver his popular and riveting shiurim to the tzibbur on a constant basis.

Last year, his health took a turn for the worse after he had collapsed in his apartment and was rushed to the hospital. He confided in me that he had fallen while trying to reach his copy of the T’rumas HaDeshen, in order to remind himself of a topic treated therein.

He leaves a son, Naftali, a daughter-in-law, Aviva, and his dear grandchildren.

I will forever be grateful to my uncle for being a guiding light for me and all my relatives. We all took pride that he was the patriarch of our family, and we basked in his sterling shem tov. May he be a meilitz yosher for his family, community, and the entire klal Yisrael.

Rabbi Moshe Bamberger serves as the Mashgiach Ruchani of Beis Medrash L’Talmud in Kew Gardens Hills, and has written many books for ArtScroll, including Great Jewish Letters. 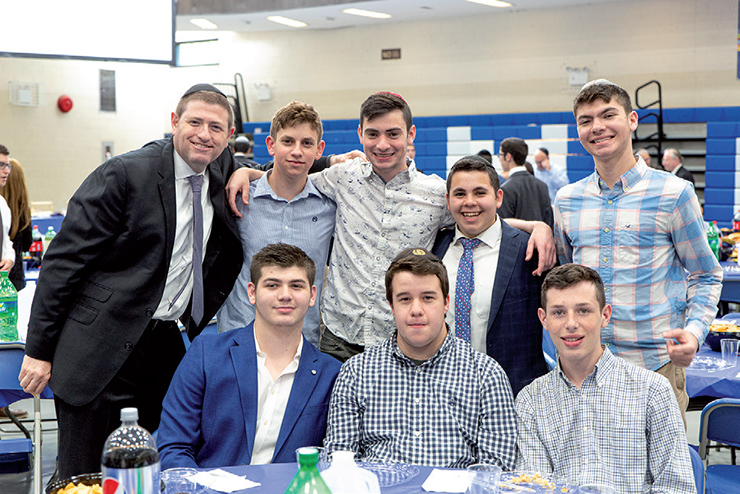 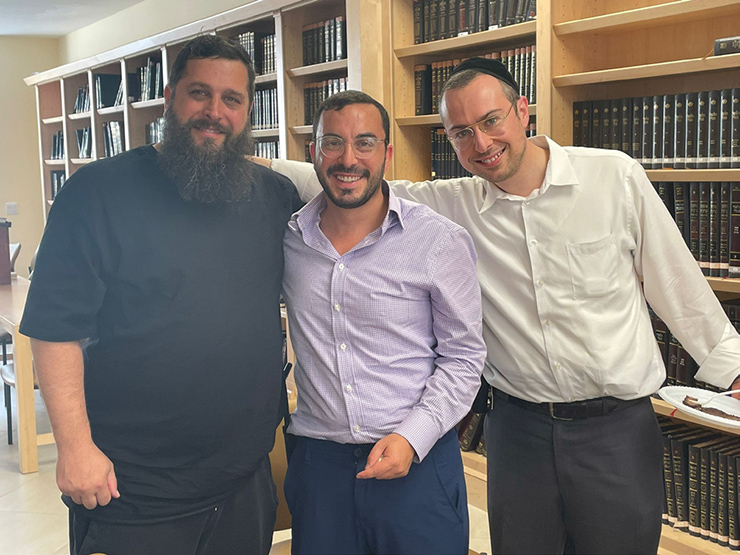 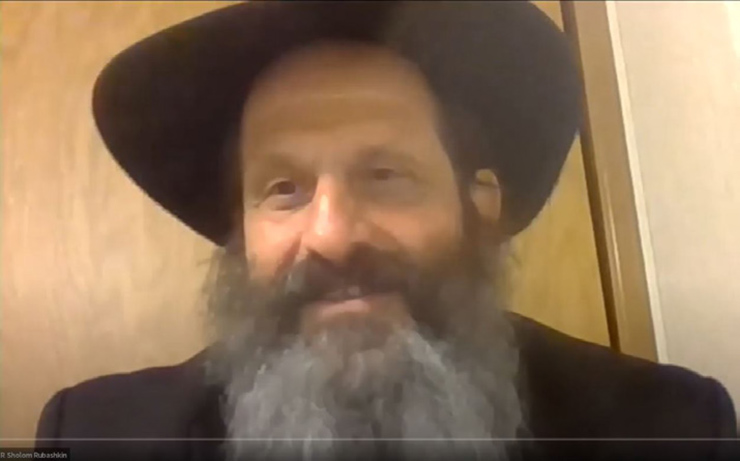