The 17th annual Rachel Imeinu Yahrzeit Commemoration took place on November 9, Motza’ei Shabbos of Parshas Lech L’cha, all over the world. In Kew Gardens Hills, the Commemoration took place at Congregation Ahavas Yisroel. It was sponsored on behalf of the Torah Umesorah Aniyim Fund. Rebbetzin Miriam Welcher, representing the shul, led t’hilim on behalf of cholim. Next, Mrs. Sherry Rada welcomed everyone. She quoted Rav Shmuel Kamenetsky shlita, who said, “Klal Yisrael belongs to Rachel Imeinu. She’s with us all the time.”

Rabbi Paysach Krohn, well-known mohel, author, and speaker, spoke in the beginning of the video. He shared that the theme of the program was finding your inner spark. He imparted a teaching of Rav Yerucham Levovitz that just as it’s important for us to know our faults, it is even more important for us to know our strengths and virtues. This is because it is only with our talents and strengths that we can accomplish things and inspire others. We know that klal Yisrael will return to Eretz Yisrael with Mashiach in the z’chus of Rachel’s tears.

The first speaker, Rav Shmuel Kamenetsky, the co-founder and Rosh HaYeshiva of the Talmudical Yeshiva of Philadelphia and one of the most widely known living Litvish g’dolim outside of Israel, taught that “Rachel is the mother of klal Yisrael. She lived for others.” He pointed out that she taught the signs she had with Yaakov in order that her sister would not be embarrassed. “She was the greatest giver in klal Yisrael. We should continue in her ways. We should give and share of ourselves with others.”

Next, Rebbetzin Tehila Jaeger, well-known speaker, noted that our source of good in the world is the Torah. This is the 17th yahrzeit commemoration of Rachel Imeinu, and the g’matria of 17 is equal to the g’matria of tov (good). “We need to work on serving Hashem with vitality, growth, constant awareness, and passion.” She spoke of ways to deepen our connection to Hashem. We need to continue learning Torah and stimulating ourselves to deeper growth in learning Torah. We also need to connect ourselves to a rav or rebbetzin so we can obtain help in navigating our lives. She taught that in the time of King Yoshiyah, who was a tremendous tzadik, people kept idols hidden behind their doors. On the outside, it appeared that they were doing everything properly. One of our greatest problems today is too much emphasis on externals without the heart. We are in galus Edom, which emphasizes externals. Eisav said, “Give me the red stuff.” Attraction to the superficial characterizes Edom. Sadly, we have been in galus so long!

She pointed out that “our whole existence is a product of t’filah.” Our davening must be vivacious and fresh. She noted that we came from Avraham and Sarah, who gave birth to a baby when they were in their nineties. We are a people blessed with miracles. She shared that T’hilim 119 is a s’gulah for what you need because, in it, David HaMelech constantly asks Hashem for help in growth in Torah.

Following this, Rabbi Moshe Weinberger, founding spiritual leader of Congregation Aish Kodesh in Woodmere, New York, and mashpia/mashgiach ruchani at Rabbi Isaac Elchanan Theological Seminary, pointed out how the Western world is filled with depression and despair. The West is where the sun sets, so there is a feeling of darkness and hopelessness in the West. “If a person lives a life of uncertainty, that contributes to sadness and despair. The Western world is crying. The whole world is confused.”

He taught, however, that the Gemara says that the Divine Presence rests in the West. He then pointed out that Rachel refuses to be comforted for her children. She is part of the darkness but she doesn’t succumb to despair. She refuses to be comforted, meaning she detects the presence of the Sh’chinah and, no matter what we are going through, Hashem’s presence is there. “Her crying is symbolic of knowing that Hashem is with you.” The Kosel is called the Western Wall. This is the place Jews cry out to Hashem. In other words, in darkness, her tears are tears of hope. ”Rachel believes the darkness will end so her tears are tears of hope.” He taught that all Jewish mothers throughout time have demonstrated that they have emunah and courage to believe. He shared the example of the Holocaust, where survivors had every reason to give up hope. How did they start again? They had the tears of Rachel Imeinu, so they did not give up hope.

He added that today there are some parents faced with children who have veered from the path of Torah. These parents have incredible emunah. They believe that their children will come back.

Hashem tells Rachel, “Hold back your voice. There will be a reward for you for not giving up. Your children will return. There is hope for the future.”

All of us go through difficulties. We must remember Rachel. She is telling us not to give up, to keep on going. The Sh’chinah is with you when Mashiach comes.

After this, Rabbi Ephraim Eliyahu Shapiro, rav of Congregation Shaaray Tefilah in North Miami Beach, spoke about our responsibility in this world. We have to be respectful to ourselves and work on growth. “We have to realize that tomorrow I will try to be better than I was today.” He noted how there was a ramp leading up to the Mizbei’ach to teach us that we need to make small incremental steps as we move up in spiritual growth. “We must be genuine,” he said. “The essence of every Jew is to connect to Hashem – to pray to Him.” The Kotzker Rebbe taught that there is nothing as whole as a broken heart.

Next, the video told about Rabbi Aryeh Zev Ginzberg and Rebbetzin Ginzberg who lost a daughter, Sarala, at age 17. They decided on a beautiful memorial for her. She loved children, so they created an organization called Ohel Sarala, based on an idea of Rabbi Shlomo Bochner to have singles daven for childless couples to have children, and for those couples to daven for the singles to get married. Both situations were of people seeking to build a bayis ne’eman with children. The result is an ongoing beautiful miracle that demonstrates the incredible power of t’filah, especially when one prays on behalf of someone else who needs the same thing. As a result of all these heartfelt t’filos recited on behalf of one another, 627 shidduchim occurred and 187 babies were born. The video showed a woman who had davened for a couple and the couple who davened for her, and she described how she became a kallah and then invited them to her wedding. She didn’t know their last names, as everything is kept confidential, but she sent an invitation. At her wedding, this couple came with their newborn baby to wish her mazal tov.

After this, Rabbi Paysach Krohn spoke about the pasuk in Ashrei, “He is close to those who call Him with sincerity.” Anybody who maintains honesty, his prayers will be answered. If you can say to Hashem, “I am always honest in business and with others,” then your prayers will be answered. He showed how, in the first pasuk in the Torah, the sherek vowel is missing. The Hebrew letters in sherek when rearranged spell out sheker, which means false. The vowel is missing to teach us that lying can’t even be hinted at in the first pasuk of the Torah. “We have to become people of emes.”

He shared how once a school principal asked Rav Yaakov Kamenetsky zt”l if he could put mezuzos lower on the pre-school classroom doorposts so the children could reach them. Rav Yaakov was adamant that that was not permitted, as it would be teaching something that is not emes. Rabbi Krohn taught: “If we want to be like Rachel, we have to excel in the midah of emes.”

He also taught that part of davening is saying thank you to Hashem. When we reach the Modim section in Sh’moneh Esrei, we should slow down and have more emphasis. We should enumerate all the many blessings we are thankful for at this point. “Davening is not just about asking for our needs, but it is also about saying thank you.”

Rabbi Krohn then spoke about Torah Umesorah Aniyim Fund and the needs of the poor in Israel who desperately need our help. Families are in dire need of food and basic necessities. We are obligated to help.

Everyone left inspired by this event. May our t’filos be answered by Hashem in the merit of Rachel Imeinu.

DVDs may be ordered for individual use or showings for ladies in your community. High schools and seminaries may order the DVD, as well. For more information, please contact the organizers of the event at This email address is being protected from spambots. You need JavaScript enabled to view it., fax 201-837-1444, or phone 410-358-2573. 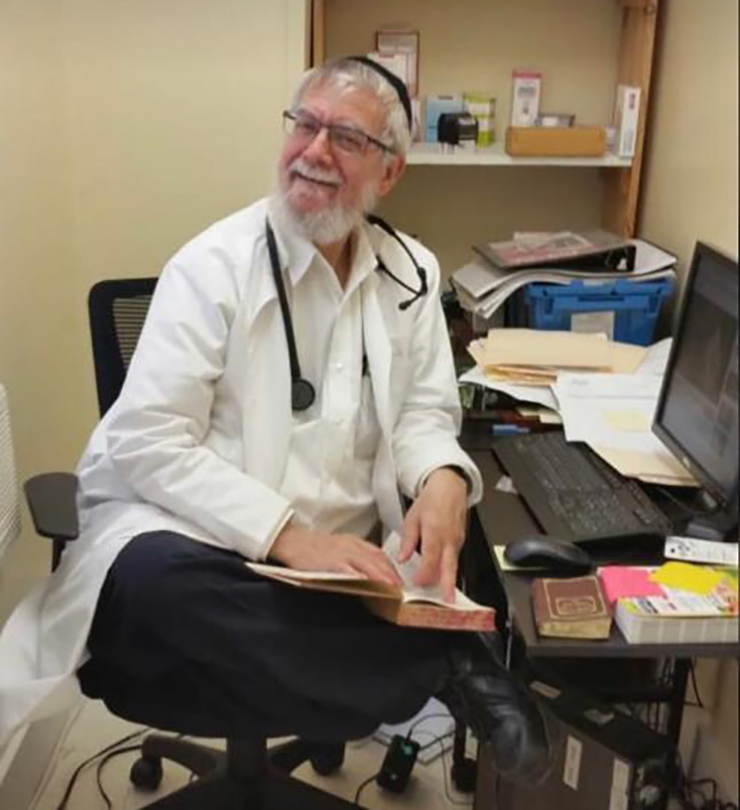 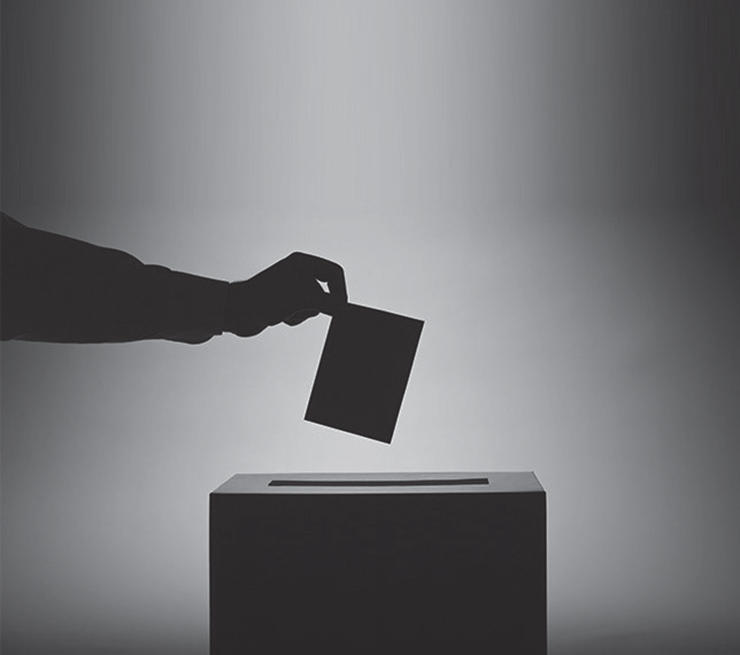 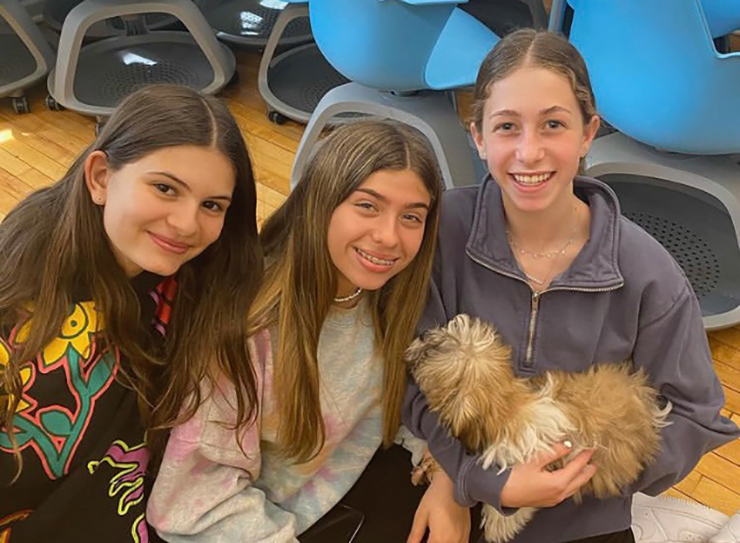