…the Good One created glory for His Name

Hashem, the ultimate “Good One,” creates all of His awesome creations for the “glory of His Name.” This phrase is in line with a mishnah that states: “Kol mah she’bara HaKadosh Baruch Hu b’olamo, lo b’ra’o ela lichvodo (Whatever Hashem created in His world, He created only for His glory).”

How do we understand our phrase and the mishnah? Does Hashem need glory like a human being who seeks honor and glory? Certainly not. So what does it mean that Hashem created all for “His kavod (glory)”? Additionally, the pasuk in T’hilim (89:3, written by Avraham Avinu) states “Olam chesed yibaneh (Forever will [Your] kindness be built).” It seems that this pasuk contradicts the mishnah and our phrase. Did Hashem create the world for His kavod or to bestow lovingkindness?

HaRav Avigdor Miller zt”l (in his Praise, My Soul) explains that both statements are true and are in fact part of one larger statement. In the words of HaRav Miller: “The Good One created a world of kindness, full of materials and processes that cause happiness to men. But the greatest kindness that was intended by Creation was that it should bestow on men the awareness of the glory of the Creator.”

Out of all of the constant kindnesses that Hashem bestows upon us, gaining greater amounts of awareness of Hashem and His awesome exaltedness (“yir’as Hashem”) is the greatest of all. The Gemara (Shabbos 31b) states that Hashem created the world only so that we should fear Him (awareness). This statement meshes well with the others. Many sources write that all of the mitzvos and the Torah are for the purpose of bringing us closer to Hashem, which means greater awareness and connection. The N’tziv, explaining Rav Achai Gaon (680-752 CE), explains that in essence yir’as Hashem equates to “Shivisi Hashem l’negdi samid (I have set Hashem before me always)” – T’hilim 16:8. The Vilna Gaon states that the measure of a tzadik is nothing other than how much does he feel the presence of Hashem. What is his “Shivisi” level? How close is he to feeling that he is in Hashem’s presence all of his waking minutes?

Yet another pasuk (Y’shayahu 43:21) is explained in similar fashion by HaRav Don Segal shlita: “Am zu yatzarti li, t’hilasi y’sapeiru (The people that I fashioned for Myself that they might declare My praise).” “T’hilasi y’sapeiru” means noticing and contemplating Hashem’s awesome creations, His constant chesed, and His involvement in every aspect of our daily lives (hashgachah pratis). All of this leads to greater “Shivisi” (awareness), which is our purpose in life. Hashem has thus created all that He has so that we can glorify His Name, thereby gaining greater and greater awareness, which is how we build our eternal world and how we will enjoy our blissful eternity in the next world, b’ezras Hashem. That is the ultimate kindness that Hashem has bestowed upon us. 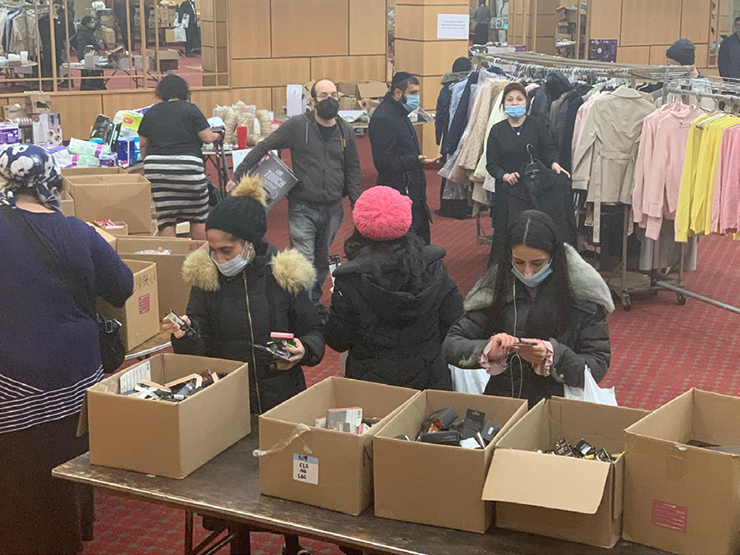