Question: Assuming the CDC and our g’dolim allow such a minyan (which they currently do not), may a minyan be formed among ten men, each standing on his own porch and each a significant distance from the other?

Short Answer: It is unlikely that such a minyan could be formed based on the physical set-up of KGH houses, as the streets and driveways, as well as garbage pails would separate the men. Rav Hershel Schachter shlita has also recently ruled that this does not constitute a minyan.

The Gemara (Avodah Zarah 4b) states that a person shouldn’t daven Musaf by himself during the first three hours of the day on Rosh HaShanah because he does not have the power of the tzibur to protect him. However, if he davens Shacharis during this time, his prayers will not be rejected, because the power of the tzibur protects him, despite not physically being with them.

Tosafos queries how it is possible for a tzibur to protect an individual in his home, when the Gemara in B’rachos (6a) states that prayers are only answered in a shul? He answers that there is a difference between prayers being answered (only in shul) and prayers not being rejected (at home, at the same time as the tzibur is praying in shul). Regardless of the precise meaning of this Tosafos, this Gemara/Tosafos is clear that there is some advantage to davening at the same time as the tzibur, even if not in shul.

Similarly, the Gemara (B’rachos 7b) relates that Rav Nachman was once weak and did not show up in shul. The Gemara notes that Rabbi Yitzchak informed Rav Nachman that he should have requested that a messenger be sent to inform him of the exact time that the shul was davening so that he could have joined together and davened “with them” in his own home, as it an “eis ratzon” to daven when the tzibur is davening. This source in the Gemara is also clear that there is some advantage to davening at the same time as the tzibur, even if not in shul.

Many of the classic Rishonim do not mention this halachah explicitly, including the Rosh and Rif. Indeed, the opinion of the Rambam is in dispute.

The Rambam (Hilchos T’filah 8:1) writes that an individual should combine (“l’shateif”) with the tzibur, and thus should not daven alone. The Tzlach (B’rachos ibid) interprets this to mean that davening at home at the same time as the tzibur does not accomplish anything, as the Rambam says explicitly that one should not daven alone. However, the Journal Otzros HaSefer (Vol. 19, Rav Spitzer) suggests that the Kesef Mishneh disagrees and interprets the Rambam as codifying these abovementioned Gemaros. “Combining” with the tzibur is best accomplished by davening in shul, but if unable to do so due to sickness, there is a benefit in davening at home at the same time as the tzibbur.

The Shulchan Aruch (Orach Chayim 90:9) codifies these Gemaros and rules that if one is unable to come to shul (due to sickness – Mishnah B’rurah), he should daven at home at the same time as the tzibbur.

Notably, the Rama adds that if one lives in a yishuv without minyanim, he should still daven at the time “that the tzibur davens.” The Mishnah B’rurah (32) adds that the Rama means for him to daven at the times that Jews daven, i.e., Maariv after tzeis. In other words, if he is not connecting to a specific minyan, he should focus on davening at the right times. This will connect him to other minyanim that are davening at that point.

The Acharonim, however, limit the ruling of the Rama/Mishnah B’rurah to a situation where there are no minyanim at all in the town. In such a situation, the individual may connect to any minyan in the world that is davening in the normal proper time. This would likely apply in our coronavirus situation – since there are no minyanim in Queens, one should daven at normal halachic times, and that satisfies this halachah.

I. Minyan In One Place

The Shulchan Aruch (Orach Chayim 55:13), based on a Gemara (P’sachim 85a), rules that a minyan must consist of ten men who are congregated in “one place,” together with the chazan. The Mishnah B’rurah (48) adds some important clarifications on the definition of “one place.”

First, even if they cannot all see each other, it is still considered “one place” where all ten are in the same room. This presumably is the heter for ten men to combine for a minyan where they are spread out over a large (and otherwise empty) big sanctuary.

The Biur Halachah (s.v. U’l’chutz), however, rules that one should ideally be strict (and thus the men do not combine), as the potential leniency is based off of a Rashba by bentching (i.e., whether two groups can combine for a zimun where they are in different rooms and cannot see each other), but the Rashba himself only suggests that they “possibly” may combine.

But what about where ten men congregate outdoors; may they combine for a minyan? In other words, what constitutes “one place,” to allow ten men to combine for an outdoor minyan?

Numerous Acharonim have addressed this issue.

The Mishneh Sachir (1:12), discussing an outdoor minyan for Kiddush L’vanah, first debunks the theory (suggested by the questioner) that the men must be within 22 amos (approx. 40-50 feet) from each other. He rejects this theory as this distance is normally only used for laws relating to hefseik, and if it were to be applied to minyanim, it would have to be applied to indoor minyanim, as well. Instead, the Mishneh Sachir applies the three rules found in the Shulchan Aruch and the Mishnah B’rurah (Orach Chayim 195) by zimun: (i) that the ten men can all hear each other, (ii) there is no other r’shus (domain) separating the men from each other, and (iii) there is no feces or other dirty object separating the men from each other.

The Minchas Yitzchak (2:44) also discusses guidelines for outdoor minyanim. While he doesn’t discuss dirty objects separating the men (although it is unlikely that he disagrees with this requirement), he does rule that there can be no other r’shus/domain separating the men. In other words, if a private path/sidewalk separates the men (e.g., five on one side of the sidewalk and five on the other side), they do not combine for a minyan. Importantly, the Minchas Yitzchak does not require that the men hear each other, but it is sufficient if all the men can see each other. Because it is all outdoors, the Minchas Yitzchak relies on the lenient opinion mentioned above (Shulchan Aruch 55:14) that all that is required is that the men see each other and they may combine, even if they are in two separate rooms.

The Riv’vos Ephraim (1:45) cites Rav Chaim Kanievsky shlita as requiring that the men both hear and see each other, but the Riv’vos Ephraim himself disagrees and merely requires that they see each other. He cites a proof from the shul in Alexandria (Sukkah 51a) which was so large that many of the congregants only saw the chazan but could not hear him.

Rav Zilberstein adds two relevant points to our discussion. First, in Chashukei Chemed (Sukkah 39a) he discusses minyanim in cemeteries and whether the internal pathways in the cemetery are considered “paths” that separate the men on each side of the path and do not allow them to combine for minyanim. He concludes that the paths inside the cemetery are not separation paths, as they simply delineate the individual graves from each other and enable people to find specific graves. They are not paths that lead to a specific place.

Second, in Chashukei Chemed (P’sachim 85b), Rav Zilberstein queries in a situation where there is a law forbidding men on either side of a partition from going to the other side, whether they may combine for a minyan. He notes, based on a ruling by the Machzik Brachah that they may combine, because otherwise they will go 40 days without a minyan, which is problematic. But he concludes that the practical ruling is still unclear.

Putting this all together, it would appear to this author that porch minyanim where the ten men cannot see and hear each other is problematic and the men cannot combine. If the men can see and hear each other, but there is another domain separating them, such as a street or a different house, this is likely problematic, as well. Additionally, there is also the problem that unopened or smelly garbage pails may separate the men. The only scenario where porch minyanim would be fine would be a set-up where the men are all in the same domain (e.g., maybe a bungalow colony or a row of attached porches) with no dirty objects around the minyan area.

Since this article was drafted, Rav Hershel Schachter shlita has published the following ruling forbidding such minyanim: “Ten men who are standing on different porches cannot be joined together in order to constitute a minyan, even though they can all see each other. In order to constitute a minyan for d’varim she’bik’dushah (like Kaddish and K’dushah), the ten men must all be standing in the same room… It should certainly be discouraged for people to make a minyan outside on the lawn even if they maintain the minimum distance recommended by the health department. One should not place himself even into a situation of a doubtful sakanah in order to daven with a minyan.” 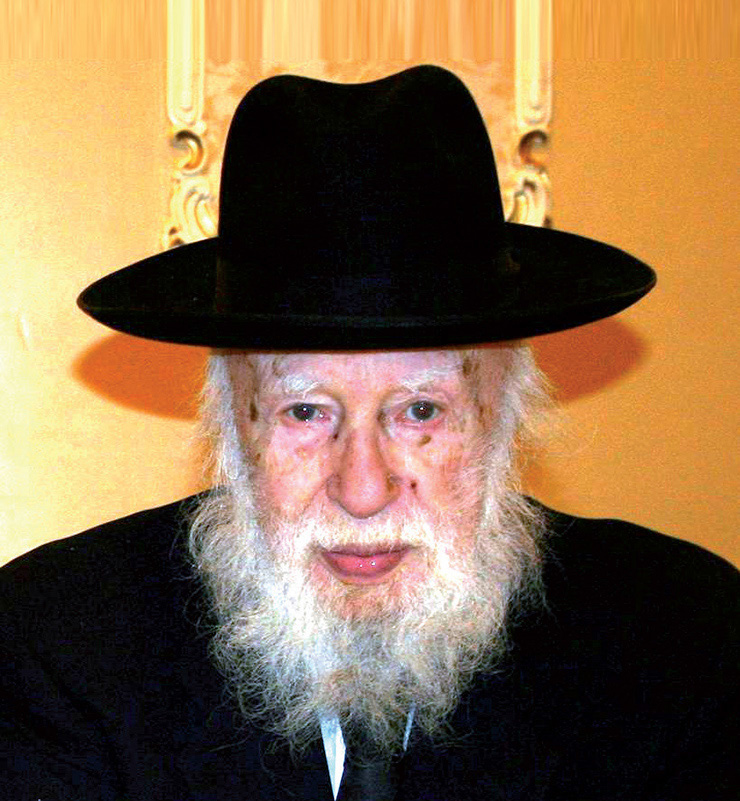