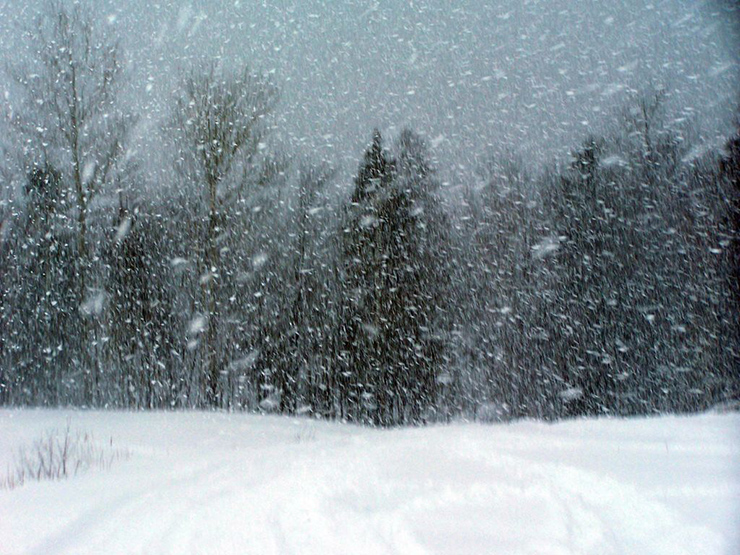 Recap: The weather report is mild for the whole Atlantic coast, so Ilan is sure his kallah will have an easy train ride. On Sunday morning, March 15, the cows and horses are skittery. It starts to rain hard. Later, the rain changes to sleet and snow and howling wind. Ilan is worried about his kallah’s trip.

The next morning, I trudged to school alone. Usually, I would meet Aviva part way and we’d walk together. Today, I tried to think happy thoughts. Maybe Aviva would apologize. Maybe she would stop acting so mean and be friendly and we’d forget the whole thing. If not, then I had to do what Ilana said. I would get her alone to talk to her and ask her to explain why she was treating me like this.

Ahead, I spotted some girls from my class. I waved and they waved back.

We all made it to the school steps at the same time and we clambered up together.

I glimpsed Aviva and Leah chatting as they strolled ahead. I strode as confidently as possible towards her. “Aviva,” I called.

She turned. Our eyes met and then she looked away.

She mumbled a response and then turned back to Leah.

I hesitated and then I took a deep breath. Hashem, please help me communicate. “Aviva, can I speak with you?”

She turned back towards me.

Just then, the principal walked by. “Girls, we have an assembly program. Please file quickly into the auditorium.”

In the rush of girls, Aviva disappeared and my opportunity was gone.

It’s just temporary, I told myself. She is going to have to talk to me. It’s not fair to not communicate.

The assembly was called for a special T’hilim to be said for Eretz Yisrael, as the situation there was precarious right now. I thought about the danger for klal Yisrael living in Israel. Here I was upset about a friend situation, and for them it was life and death threats. I tried to keep my perspective. This was something I could resolve with Hashem’s help.

After the assembly, I searched the crowd. I spotted Aviva and bee-lined towards her.

I strode over to her. “Please, Aviva, can you speak to me for just a minute.”

Aviva followed me. I tried to find a spot away from the crowd of girls heading back to class.

“I don’t want to be late for class,” said Aviva.

“It’ll just take a minute.” We stood in a corner of the auditorium near a side door.

“What’s going on? Why are you ignoring me?”

There was a beat.

Aviva was looking down at the floor. “I’m sorry. I told you I can’t be associated with that girl.”

“Her sister is really way off, and you shouldn’t associate with her; but if you insist, then I’m sorry but I don’t want to be part of it.”

She strode away before I could respond.

I felt my stomach clench. Penina was her own person. It wasn’t fair to judge her because of her sibling. Angry thoughts coursed through my brain and into my heart. How could my best friend treat me like this? Why was she being so judgmental? People like her were causing the situation in Eretz Yisrael, judgment and meanness.

I slunk out of the auditorium towards class, wiping away the angry tears.

Okay, if you don’t want to be friends because you want to judge someone else, then maybe you’re not the best friend for me after all.

The rest of the day, I tried talking to other girls and I tried reconciling myself to the fact that Aviva and I were no longer friends.

Being busy in school, I kept my mind off of it. It was walking home when it hit me again, watching Aviva walking with Leah and Rochel.

I jogged ahead and headed home.

I stepped inside. Lena greeted me. “Your mother left a note for you. She had to go on a business trip. I was going to sleep over here, but my sister-in-law just called. She hurt her ankle and I have to go tend to her. I’m sorry, Shani, but I know you’re responsible. Maybe you can invite a friend to stay over. I left your dinner in the fridge to warm up.”

I opened the note.

A problem came up at work. I’m so sorry, but I had to fly to Colorado. It’s unexpected and especially now with Aba gone, I feel terrible. You’re responsible and you have so many friends that I’m sure you’ll be fine. Lena will stay over until I return.

I’ll call when I get in if it’s not too late. We have a three-hour time difference.

Lena gave me a quick hug and then she left.

The house felt so quiet and empty. I poured myself a cup of ice water. I sat down in the kitchen and stared outside at the birds flocking toward our bird feeder. Normally, I would have called Aviva, but that was out of the question.

I called Penina instead.

As I dialed, I thought of something I learned in class when we were studying Megillas Esther. Hashem creates the r’fuah before the makah. My new friend Penina came before I lost Aviva. Well, she caused me to lose her. No, that wasn’t true. Aviva was just showing her true colors. Well, maybe I was being judgmental, but still, I didn’t like that judgmental midah.

Penina answered, out of breath. “Sorry, I was outside. I heard my phone. I left it in the hallway.”

“Do you think you could sleep over tonight. I’m alone and my mom said I could have a sleepover.”

There was a long wait.

Finally, Penina returned to the phone. “My mom wasn’t so happy about school night sleepovers, but she agreed if we go to bed early.”

An hour later, I let Penina in. She was carrying a small, battered suitcase. “This is from when I was really little. I know it looks silly with the princesses on it.”

I suddenly noticed that Penina’s shoes looked rather scuffed, and the hem was hanging down on part of her skirt.

She noticed me looking. “I have to fix this skirt. I just haven’t gotten around to it.”

“I love sewing and I have a sewing kit. When we get into pajamas, could I sew it?”

We both did our homework. Then we decided to play a game of Bananagrams. She was really good at finding long words.

“How do you know so many words?”

When we were in our pajamas, I took out the sewing kit and started on her skirt. I noticed the fabric was worn in other areas, but I concentrated on the hem.

I suddenly wondered if her family was having financial troubles.

She seemed to read my thoughts.

“My father lost his job during the pandemic and things have been tight in our house. This skirt was a hand-me-down from my sister, but she got it from someone else. So, I guess its well-worn.”

“That must be hard for you and your family,” I said.

Penina sighed. “Things are tense at my house.”

I waited but she didn’t offer any more explanation.

“Reading is my great escape,” she said.

I nodded. “I like to read, too, but my favorite thing is to make up stories, too. I used to write them until…”

Penina looked up from a book she was skimming. “I remember when I first met you, you said you couldn’t write anymore. Why?”

“It may sound strange to you. My mom gets upset when I write. She always redirects me to do something else.”

I hadn’t thought of asking her. She just got so upset every time, so I finally gave it up. Sometimes in secret I would write but I’d feel guilty afterwards. I knew she wanted me to learn coding and not write stories, so I was trying to be the way she wanted me to be.

“You should follow your own gifts,” Penina said. “That’s what my older sister always used to tell me.”

“You never speak about her.”

Penina looked away and then she whispered. “I can’t speak about her. It’s too hard.”

Just then, we heard a knock at the door.

It was late and dark, and I wasn’t going to answer it.

We both looked at each other.

The knocking went on and on and my heart started beating in time to it.

“Maybe we can see who it is from the window.”

I dimmed the lights and we both peeked out from behind the curtain in my bedroom.

There was a car parked in front. In the dark it was hard to make out what type of car it was. I couldn’t see who was at the door. All I glimpsed was the back of a man’s head.

“Should we answer it?” Penina asked.

I thought of what my father had told me before he went away, about unscrupulous people wanting his information.

The knocking became louder and more insistent. I wondered if this man would ever go away. 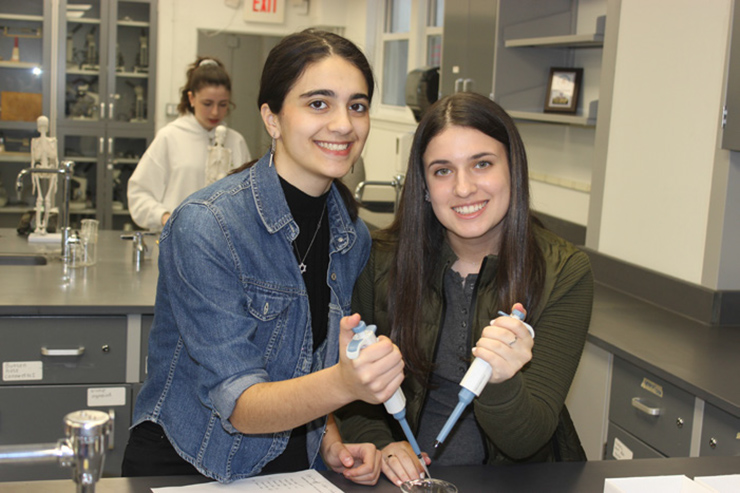 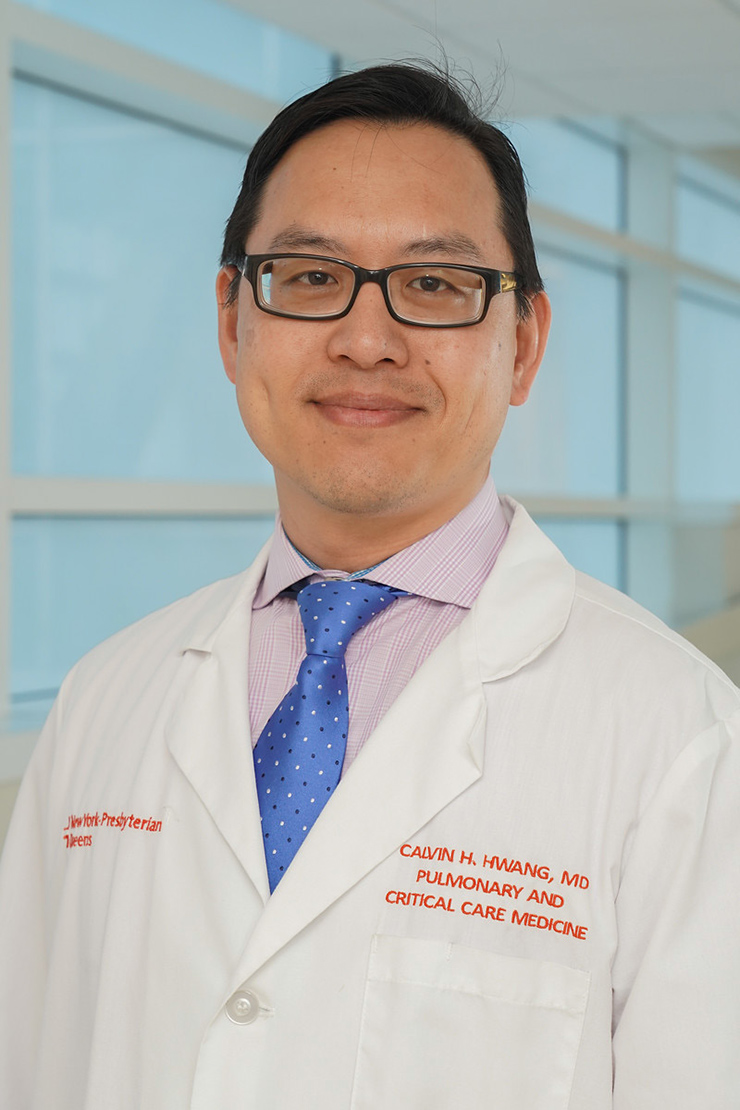