Please pass on my thanks to Goldy for this past week’s column about opposites working. A friend of mine was in a similar situation a while back. He’s an older single (48), and I didn’t want him to let this opportunity pass him just because of backgrounds. I gave him the same advice Goldy gave the writer, YY. I sent him the article and he called me back laughing.

My friend is now engaged.

Glad to hear that Governor Cuomo has called for the MTA to scrub clean all trains daily. I suggested this weeks ago. Everyone has known for decades that the subway, bus, commuter rail, and ferries are a Petri dish for catching a cold, the flu, or other communicable diseases. The growing homeless population, who ride our subways and live at stations, has made matters worse. They clearly have little ability to maintain personal hygiene. The previous announcement by MTA Chairman Pat Foye in response to the threat of the growing coronavirus was disappointing. His commitment to have transit workers deep-clean the entire system using an “enhanced daily cleaning procedure,” or scrub strategy, including bleach and hospital-grade disinfectant should have been the norm for years. The same is true for sanitizing “commonly touched surfaces” at stations, including turnstiles, exit gates, platform floors, bathrooms, Metro Card vending machines, and benches on a daily basis. Deep-cleaning subway cars once every 72 hours during this crisis was always insufficient. Between homeless on board and rush hour standing-room-only crowds, they need to be thoroughly cleaned on a 24-hour basis. The odds increase for spreading a communicable disease when you are trapped on a crowded bus or subway for long periods of time. Millions of New Yorkers ride the subway, bus, or commuter rail. They should not have to wait once every three days for a complete cleaning of vehicles.

It should not have taken the potential spread of the coronavirus for the MTA to properly clean equipment and stations. Safety and security of the riding public should always be the number one priority.

Our neighborhood has been hard hit by the coronavirus and most of us (if not all of us) know at least one person who has died, and certainly we all know at least one person who has gotten sick. It therefore disturbs me that Shmuel Sackett was writing articles pushing aliyah at this time. If it very noble and important to make aliyah, and there are many good reasons for doing so, However, using the coronavirus as a reason to do so is tone-deaf and very insensitive.

It is dangerous to make aliyah at this time, because you can be a carrier of the disease and bring it to Israel. When you get to Israel, you have to quarantine for 14 days, and you have to leave behind, perhaps, older parents and grandparents who are at risk. The flights are also limited, as airlines are cutting down on flights. Only United is flying to Israel at this time.

One should plan for aliyah, but please wait until the pandemic is over and do not use the pandemic as an excuse to make aliyah. Yes, Israel handled it better than the US did; but the virus was still there, and many did die from it. A virus knows no borders. You can carry it to Israel and you are not totally safe there either. And please do not use the pandemic to push an aliyah agenda. Make aliyah because you want to live in Eretz Yisrael, not because there is a disease in New York (and throughout the world) that can easily spread to Israel from a traveler.

I agree with you 100% that “it is dangerous to make aliyah at this time.” I never wrote that one should drop everything and run to Israel. In order for aliyah to work, there must be a lot of preparation – which means much more than packing suitcases. My entire focus is that aliyah has to be in every Jew’s 3-year plan - and those 36 months will arrive much faster than you think! Start planning now to sell your house, find a job, and to live in a community that meets your standards. This requires research, time, and a serious attitude towards fulfilling the dream of aliyah. I promise you that it will be the best decision you ever make - but not if done in haste. Take your time, speak to aliyah professionals, daven to Hashem that He will guide you, and always be “b’simcha” in this life-changing journey. See you in Israel, my friend! Good luck!

I just finished reading Izzo Zwiren, “The Future of Your Child’s Education Is Being Decided Without You.” This is such an excellent article. I keep trying to explain to people that you need to care about what is going on in the outside world. The outside world is coming for us.

I happen to know about Elizabeth Bartholet and this agenda of hers. I actually knew about this conference. FreedomProjectMedia did at least one video about it. I believe Liz Wheeler, who was homeschooled, also covered it. I see people from KGH on the neighborhood’s Facebook group talking about how great it is to get some free milks and oranges from the government. Seriously, people, wake up. Your tax dollars are being wasted at alarming rates to fund degeneracy. What’s that poem about “First they came for”? They’re coming for the homeschoolers who surely don’t deserve it; will you stick up for them?

(Michaltastik is a politics and news junkie who has been blogging and YouTubing for almost three years under the screen name, “Analytical Chick.” You can contact her at This email address is being protected from spambots. You need JavaScript enabled to view it..)

I’m writing this email with one eye closing because I’m so tired. But I keep saying, “I’ll send the email tomorrow,” and I never do. So here is my email before I fall asleep.

I love the Dating Today column and Goldy Krantz. I read it after I light Shabbos candles, when my husband is in shul. She always puts a smile on my face. She treats singles with kid gloves and does her best by them. I like that Goldy doesn’t shy away from anything and tackles every topic. I agree with most of her responses to emails, and even if I don’t, that’s okay, too.

Thank you for the column.

I want to let you know that I almost cried when I read Goldy Krantz’s good-bye article a few months ago. I love her articles! I turn to her column first! Her wit, humor, and the way she talks to the reader like a friend – she’s great. And then she reappeared a week or two later. I don’t know what the Queens Jewish Link did, but I’m thrilled, as is my daughter.

I wanted to let you know that I am sick of hearing, reading, and seeing COVID-19 all day long for the last six weeks. Yes, it’s important, but everywhere I turn, there it is. Even when I tried to relax on Shabbos with the newspapers I read, I can’t get away from the virus. But thank goodness for Goldy. She addressed the issue of dating during the time of this pandemic and got right back to business. My son, youngest daughter, and nieces and nephews are still in the parshah. They want to read about actual dating issues and not only coronavirus dating issues. Anyone can figure out that video-dating is what people have to do now. But thank you, Goldy, for getting back to business. It is again a joy to read the paper, and her column takes our minds off the issue for at least a few seconds.

Job well done, QJL, for getting Goldy back, and thank you, Goldy, for making me smile again.

Let us all stay safe.

I have been enjoying your paper for some time now, but I must admit that I am annoyed with some of the statements made by Warren Hecht. He has only scorn for Trump and praise for the Democratic Party. I understand that he has Trump Derangement Syndrome (TDS), but his latest comments have reached a new low, even for him.

In the last issue of the Queens Jewish Link (May 1), Warren states that “Trump has minimized the extent of the virus.” What he fails to mention was that Trump stopped flights from China to the US in January and was called a racist by the Democratic Party and the media for doing so.

In a later paragraph, Warren says, “And then I see the disinfectant where it knocks it out in a minute one minute. And is there a way we can do something like that, by injection inside or almost a cleaning?” The media have used this quote to imply that Trump wants everyone to drink rubbing alcohol and disinfectant. This comment was actually taken out of context. An expert was discussing how UV light and disinfectant kills the virus. Trump was commenting that it would be interesting if research could be done to find safe ways of using harmful substances to kill the virus inside the body. He never said that people should drink disinfectant. That is nonsense.

Trump has been attacked by the media and the hypocritical Democratic Party as being more anti-Semitic than Hitler. Meanwhile, the Democratic Party supports Omar, who suggested that Jews who are loyal to Israel are not loyal to America. They support Tlaib, who says that Israel is worse than Nazi Germany. They support AOC who thinks that we should support Hamas. Trump has freed Rubashkin, canceled the horrible Iran deal, criticized Omar, Tlaib, and AOC for their anti-Semitism, and is a great supporter of Israel.

Warren will not acknowledge these facts, because he has TDS. He never attacks the Democrats or the media – only Trump. Jews must stop attacking Trump and show him some gratitude. There is no greater chilul Hashem then spitting in the face of someone who has done so much for the Jewish people.

Thank you. Take care and be safe.

I enjoyed this week’s issue of the QJL. As always, Rabbi Schonfeld had wise words to share with us, Susie Garber’s article really held my attention, Devoiry Zutler’s course in photography was fun, Shmuel Reichman’s thoughts on the parshah are always an interesting read, and as always, loved Goldy’s column.

Thank you for making the longer Shabbasim passable.

I wanted to let you know that this week’s issue blew me away. The article that Susie Garber wrote was phenomenal. I made my husband and children read it.  We then discussed it, like a small book club.

I also made my children read Goldy Krantz’s article because they are in the parshah and still have their “lists.” No matter what I or a shadchan or anyone says, if someone doesn’t meet at least most of the items on their list, they won’t go out. I hope this helped them see that it’s the person and not the paper they are marrying. 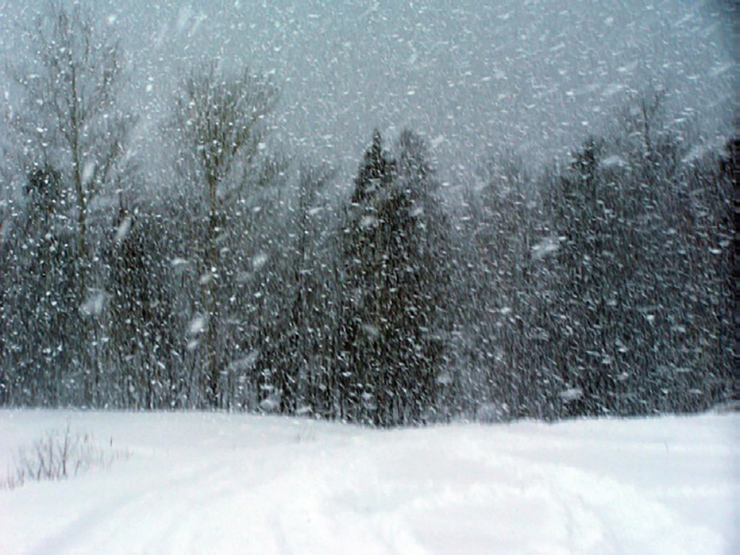