The alarm rings. You shower, dress, and rush to shul. You return, wake your children, grab a bite, and catch the train. You navigate a stressful day of work, power through rush hour, drive mishmar carpool, manage homework (okay, this one depends on your child), make supper, attend a simchah, be menachem aveil, meet your chavrusa, attend shiur, daven Maariv (gasp) – you mean I must also vote? Yes, you do. We all do.

Voting is commonly, albeit mistakenly, known as an enshrined Constitutional right. But universal suffrage, i.e., permitting everyone to vote, did not materialize with the Constitution’s 1789 ratification. In fact, in 1790, only white male property owners could vote (approximately 10 to 16 percent of the nation’s population). In some states, religious-based restrictions were also imposed. By 1810, religious prerequisites had been eliminated. By 1850, so had property ownership and tax requirements. Not until 1868, with the post-Civil War passage of the 14th Amendment, were African Americans in the South permitted to vote. But the southern states found ways to prevent them from doing so. Keeping them away from the voting booths became a sport. Whites routinely required blacks – recently freed and without formal education – to interpret obscure sections of their state constitutions, pay half a week’s salary before obtaining registration eligibility, or guess the number of jellybeans in a jar before allowing them entry. Whites, conversely, would simply need to sign their name.

In 1870, the 15th Amendment formally granted former slaves, and ostensibly any American citizen, the right to vote regardless of color and race – unless you were female or deemed illiterate. Despite its passage, another hundred years would pass before those who had been indiscriminately denied the right to vote would actualize it. For example, in 1889, Florida adopted a poll tax. Ten other southern states followed suit. In 1890, Mississippi adopted a literacy test to prevent African Americans from voting. And numerous other states – not just in the South – did, too. Worse, to avoid whites from inadvertently being excluded, grandfather clauses were enacted enabling them to vote without qualification merely by virtue of their ancestors. Eventually, in Guinn v. United States (1915), the Supreme Court ruled that literary tests violated the 15th Amendment, thus banning their use. But women, apparently, maintained third class status. Not until 1920 were they granted the right to vote with the passage of the 19th Amendment.

Still, sadly, the right to vote remained stunted. In 1944, the Supreme Court held that “white primaries” violated the 15th Amendment (Smith v. Allwright). And poll taxes lingered until being eliminated in 1964 with the passage of the 24th Amendment. Not until Congress passed the Voting Rights Act of 1965 was universal and unencumbered suffrage achieved (see South Carolina v. Katzenbach [1966]).

Given such a lengthy and arduous struggle, one would think it impossible to take for granted the right to vote. Since 1965, however, the percentage of people exercising it has declined. In 2000, voter participation was just over 50 percent, increasing slightly in 2004 to 55 percent, and 57 percent in 2008 (largely attributed to an increase in the number of Hispanic, African American, and Asian voters). But a little more than half the citizenry voting is paltry at best. And in non-presidential elections, many local races garner less than 15-percent voter turnout. Whether it is because of a hectic schedule, poor weather, lack of interest, or the popular “my vote won’t matter” rationale, the fact is it does. In the 1960 presidential election, President Kennedy won by a margin of one vote per election district in 12 states. In 1977, the Ann Arbor, Michigan, mayoral election was decided by one vote. And here in Queens, the 2019 primary race for district attorney was decided by just 55 votes. Yes, each vote matters.

As interesting as this is, it appears to provide little incentive to vote. But egocentrism should. The communal need to be recognized and taken seriously is perhaps the most compelling reason to meaningfully participate in the electoral process. Sure, voting demonstrates good citizenship and civil responsibility, and is arguably among the most demonstrative displays of patriotism. The Framers of the Constitution – federalists and anti-federalists alike – placed the budding country’s future in the hands of its citizenry. Representative government, however, is not truly representative if half or more of it does not vote.

Make no mistake: Regardless of party affiliation or political ideology, elected officials gauge a community’s interest by voter turnout. Significant turnout demonstrates it cares about itself and its governmental officials. Conversely, where a community is disengaged and has little or insignificant participation, it forfeits the ability to be taken seriously. Yes, voting is a right. But is also an obligation. It has nothing to do with whether we voted for them, let alone agree with their words and deeds. It has everything to do with letting them know we’re paying attention. We cannot expect our communal voice to be heard if we do not speak at the ballot box.

Hon. David J. Kirschner is a Justice of the New York State Supreme Court in Queens County and a former New York City Criminal Court judge. He is also an Adjunct Assistant Professor of Law with the City University of New York at Queens College and has taught trial advocacy at both Cardozo and Hofstra Law Schools. He previously served as a principal law clerk with the New York State Supreme Court, a senior assistant district attorney, and defense attorney. David also serves as president of Congregation Ahavas Yisroel in Kew Gardens Hills and the Jewish Community Baseball League of Queens and Long Island, vice president of the Brandeis Lawyers Association, and an officer of the Alpha Epsilon Pi international fraternity. 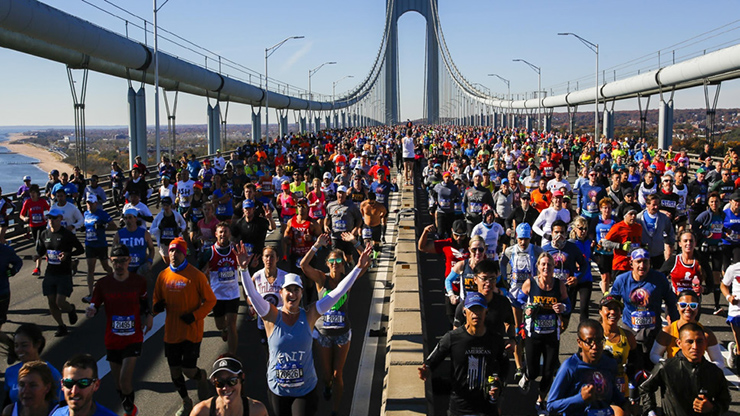