I am not the type of person to not follow my own advice. A few weeks ago, I wrote how adults should handle their own dating life and not have their mommies or anyone else managing their dating life because they don’t want to be “bothered.” About a week after that article was published, the following events occurred.

I thought of a shidduch for a family friend (male) and had a question or two about the young woman. I called a friend of mine who is close to the young woman’s family to find out if she knew the answers to my questions. These were very important questions: I wasn’t concerned about whether her favorite type of jewelry is rubies or emeralds or how she did on her PSATs. Depending on the answers I would decide whether to redt the shidduch or not. I have been on the receiving end of so many mismatched shidduchim that I didn’t want to be the one to pair up two people who never should be paired up. I asked my friend the questions and she told me she would call back with the answers. I told her she doesn’t have to research the answers, and if worse comes to worse I would take a chance and try to redt the shidduch, letting the singles decide if they wanted to date. My friend assured me she would call me back.

Twenty-four hours later I still had not yet heard back from my friend. I decided to try to redt the shidduch anyway. I didn’t have the young woman’s phone number. I had her mother’s number. But this woman is in her 30s (divorced - yes divorced is in parenthesis because it does not define someone), living on her own. I wasn’t going to go through her mother. I have met her a couple of times over the years and she seems perfectly capable of talking for herself. She has a nice job where she is required to think and use her brain. No reason she should have an issue with me discussing a possible shidduch for her. After some sleuthing, I friended her on Facebook and then sent her a message. In the message I introduced myself, reminding her of when we had met and then proceeded to tell her about my family friend who I thought may be her type. For all of you asking why I did not speak with the fellow, my friend, I will tell you that he has been burned by young women in the shidduch parshah many times. I wanted to be smart about this. I didn’t want to tell him about a “great girl,” only to have her say no to him or for them to go out and find out it was a horrible match. So yes, I “spoke” with the young woman first.

As soon as I sent the message to the girl that briefly described the fellow I had in mind without giving any names or specific information, my friend called me back. She provided the answers I was seeking but added that she had called the woman’s mother. I told her I specifically didn’t want that. My friend told me that all was “okay” but it should go through the mother because the mother will present the shidduch in such a way that the girl will say yes. I told my friend that I already sent a message via Facebook. My friend gasped! “What? You didn’t wait for an answer? You have to present it so she doesn’t feel pressured and…” I cut her off. I told her to stop talking and to cut the nonsense. I reminded her that the woman was in her 30s and more than capable of handling her own dating life. My friend then reminded me that the woman had been married and divorced. I didn’t see that as a scarlet letter, like a crime that the woman must atone for or that counts against her. I told my friend that I remembered, and since her parents had redt that shidduch, I didn’t see the harm in me redting this one. My friend said I never should have contacted the girl one on one.

I didn’t want to have an argument with my friend. Why is it so unheard of for someone to contact a single directly? Yes, she has a bit of a past, but she is a mature adult wanting to get married again. As far as I know she is smart, intelligent, and not crazy, so why do I have to go through her parents? My friend said I may have stepped over the line. Line? What line? If the woman was in her early 20s with all this baggage it may have been a different story. But I know why the marriage didn’t work out and I wasn’t blaming this woman for her current situation. My friend said, “It’s just not done like this.” Yes, my friend is more frum that I am. But she must get with the modern times and know who she is redting shidduchim to. This young woman is on the modern side. She doesn’t want to live with her parents or their rules or have them have much say in her adult life. With this type of person it’s best to deal with them directly and not play the shidduch game of going through different people. My friend and I agreed to disagree.

A day later I finally received a Facebook Messenger message from the young woman. She thanked me for thinking of her and appreciated the fact that I remembered her and was on target for what he was looking for, but at the moment she was busy. End of story, right? Well, I would have thought so. As I was telling my husband that the answer was “no” and I was glad that I didn’t mention any of it to our friend because I didn’t want to disappoint him, my phone rang. It was the mother of the young woman (cue dramatic music here). She called because she knew I was trying to redt a shidduch for her daughter. I told her that I had been in contact with her daughter but at this time she wasn’t available.

I thought I had done the right thing and again this would be the end of the story. The mother seemed a little upset (I was able to tell by her voice). She told me that she didn’t think her daughter was “busy” now because the daughter hadn’t told her about anyone she was currently dating, and this may be a way to shrug off a shidduch. She asked why I didn’t call her directly so she could have redt the shidduch and presented it in such a way that her daughter would agree. I didn’t want to get mixed up in this family’s dynamics. I simply told the mother that I contacted her daughter because she was a mature adult and I accepted the answer given at face value. The mother started fretting about what the daughter said. I told her that I was trying to help out two single people and that was it. Again she said she wished I had spoken with her first, but she can try to speak with her daughter now about the shidduch and find out what’s really going on, and if the daughter is not seeing anyone at the moment she will convince her daughter to agree to the date.

Stop the bus!!! Brakes engaged! I kindly told the mother that she didn’t know the fellow I was trying to redt to her daughter, so why would she try to convince her daughter to say yes to someone, a stranger, just because he was suggested, and second, I didn’t want my friend going out with a girl who had to be “convinced” to go out with him if she politely refused him the first time for whatever reason she had. I also didn’t want him involved in what seemed like a family that the parents were trying to dictate/control the daughter. The daughter chose a different lifestyle than they had but they still couldn’t accept it. I think the mother was taken aback or shocked because she didn’t speak for a few seconds. I jumped in with, “I’ll keep your daughter in mind in the future for anyone I may think of for her.” I then slowly pressed end on my phone. I know the mother wants what she thinks is best for her daughter and wants her to remarry. I am not faulting the mother for that, but I need to present the shidduch to the person involved and not to a third party who would “convince” someone to go out with whom I had in mind. I am not faulting the mother for loving her daughter and wanting the best for her, but I think she should let the daughter make the choice of dating someone – unless there is something serious that I don’t know about, but I really don’t think so.

Any thoughts? Do you think I should have contacted the girl’s mother or the girl? Remember the girl doesn’t live at home, is divorced, and more modern than her parents. Let me know and I may publish your response in a future column. 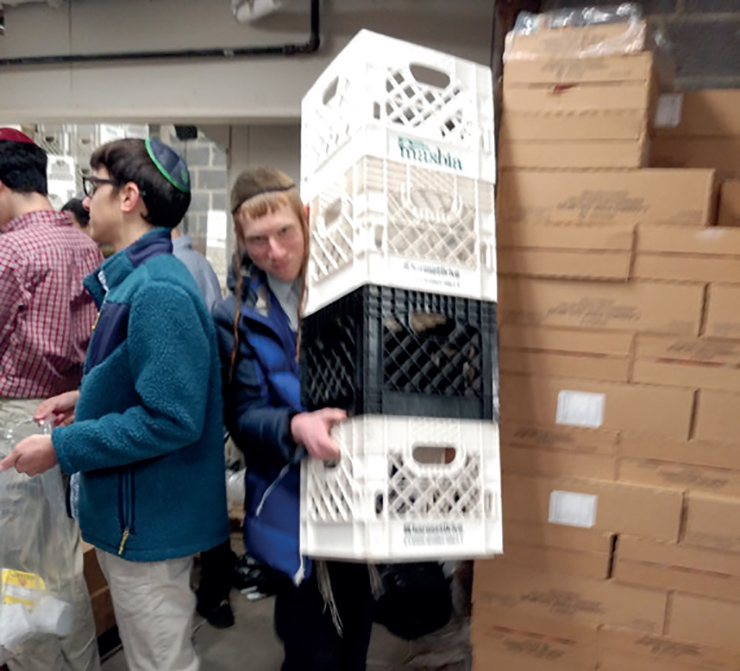 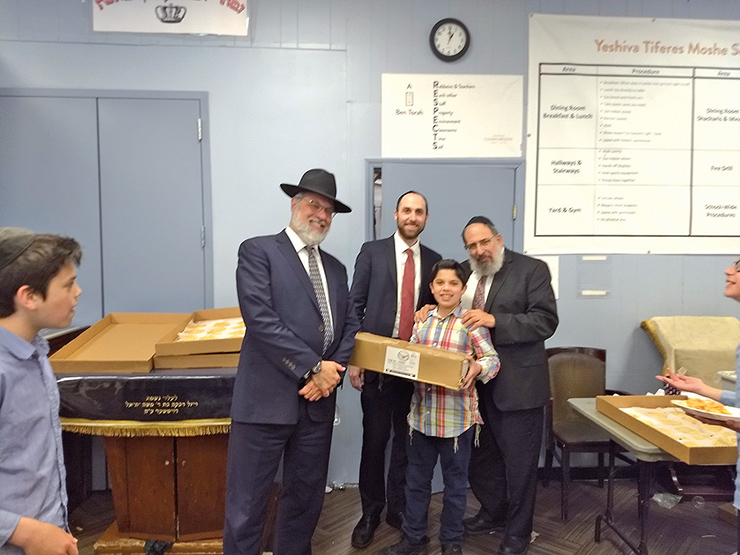