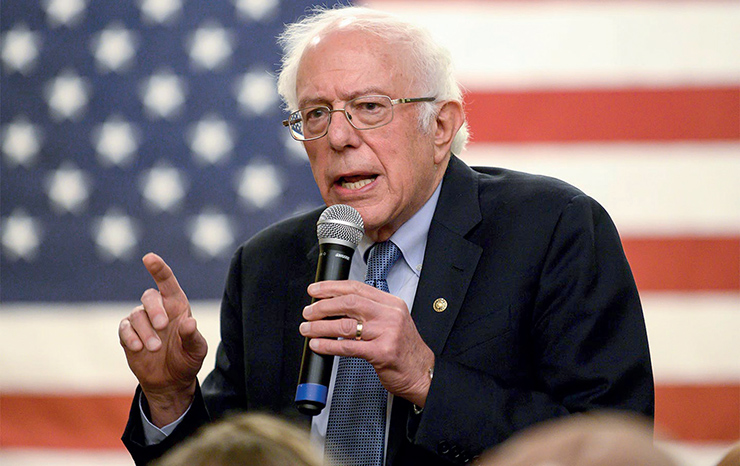 So far, there have been three primary contests in the 2020 election cycle, and Senator Bernie Sanders, the communist from Vermont, is the frontrunner for the Democratic nomination. There are probably many around the country who, because of their hatred for President Trump, are rationalizing a vote for Sanders. Needless to say, this would be insanity. Sanders has been on the wrong side of every issue for the last five decades. A Bernie Sanders presidency would be catastrophic.

This anti-Trump mentality is not limited to Democrats. Joe Walsh, the former Republican Congressman from Illinois, embodies the Trump Derangement mentality. Walsh was a Tea Party activist who supported Trump in 2016, but turned on him in 2018 and has been involved in a fruitless primary challenge against the President. He believes so thoroughly that Trump is the embodiment of evil, an authoritarian who will sell the United States to Russia for a nickel and shred the Constitution on a whim, that he has pledged to back Bernie Sanders, should he be the nominee. “I would vote for socialism over authoritarianism,” Walsh tweeted. He forgets, or conveniently ignores, that Sanders would be far more authoritarian than Trump has ever been.

Sanders is a socialist. He promotes class warfare by blaming billionaires for all the nation’s woes. He used to blame millionaires also, but then he became one and bought a third house (a nice summer dacha like any good comrade would). In his worldview, nearly every industry should be controlled by the state, which will not only create massive government bureaucracies in every facet of American life, it would destroy the innovation that built this nation in the first place.

Sanders wants Medicare for All. He will kick 180 million Americans off of their private healthcare, including the millions in unions who fought for their health plans, and put everyone on a national plan. There are approximately 2.6 million people working in the private health insurance industry. Those people will be out of work. Imagine the DMV, and that is what the doctor’s office will feel like. Parents will no longer be able to decide how to treat their children, because the State will be in charge. This is what happened in England, where Alfie Evans was denied treatment and the courts would not allow his parents to take him to the United States. The doctor would have more rights to what happens to a child than the parent. Even more so, there won’t be any new life-saving drugs, because Sanders will regulate the pharmaceutical companies out of business.

Sanders wants to eliminate school choice and charter schools, and give free college for everyone. He wants all students to be beholden to the public school system, and for that system to be fully controlled by Washington bureaucrats. In New York City, 20% of black students and 10% of Hispanic students attend charter schools. In New York City, 52% of white students go to private schools. In a Bernie Sanders administration, those black and Hispanic students would be kicked out of their charter schools, and will have to pay for the white students in private schools to go to college.

Bernie Sanders’ various domestic plans will cost approximately $100 trillion over the next ten years, or $10 trillion per year. The current spending budget is $4.4 trillion per year, so the spending would triple. The US currently spends a trillion more than it brings in, with no sign of slowing down. The country will collapse under the massive weight of debt, which could be sold off at a moment’s notice and send our economic system crashing. There will be no mechanism to pay for the plans, because the billionaires whom Bernie will tax into oblivion will simply leave the country, being the only people who could afford to do so. So everyone else will have to foot the bill. Sanders said that taxes will increase on anyone making over $29,000 per year. That is not the “upper one percent.” That is everyone.

This is just the domestic policy; on foreign policy, Sanders is even worse. Sanders has sided with every despotic dictator who popped up over the last half century. He sided with the Soviet Union, with Fidel Castro, and with Che Guevara. He currently defends Nicolás Maduro’s fascistic hold on the Venezuelan government.

Bernie Sanders honeymooned in the Soviet Union during the height of the Cold War. He’s said that communist bread lines were “a good thing.” In 1988, he praised the Soviet Union, saying that their culture goes “far beyond what we do in this country.” This was at the time when Jewish refuseniks were fighting tooth and nail to get out. Sanders has shown that he has poor judgment regarding Russia as a geopolitical and ideological threat to the United States.

He also has shown the same lack of judgment regarding another ideological enemy, Iran. He was one of the 58 Members of Congress to skip Israeli Prime Minister Benjamin Netanyahu’s speech to a Joint Session of Congress in 2015 about the danger of Iran, but his softness on Iran goes back further than that. In 1980, Sanders was part of the Socialist Workers Party and defended its platform, which included accusations that the hostages in Iran were actually spies. When the right, left, and center were united in this country, Sanders stood apart and blamed America for Iran’s actions.

Regarding Israel, Sanders’ positions would be amusing if they weren’t so dangerous. He voted against a Senate bill because it contained an anti-BDS clause. He has said that he would redirect military aid from Israel to Gaza, which is controlled by the terrorist group Hamas, and they would certainly use that money, like all humanitarian aid that has gone through there, for terrorist purposes. He has repeatedly called Netanyahu a racist and, by extension, called the millions who elected him four times racist, as well. Sanders has never attended an AIPAC conference, and has vowed to skip this year’s convention, saying that it provides a platform “for leaders who express bigotry.” Open anti-Semites, like Linda Sarsour, Ilhan Omar, and Rashida Tlaib, are his campaign surrogates. Sanders has not denied that he would remove the American embassy from Jerusalem.

Sanders cannot be trusted on foreign policy, and his domestic policy will bankrupt the country and create a class warfare that will take a generation to recover from, if ever. He is also the Democratic frontrunner. If he gets the nomination, it is not a drill. Democrats of conscience must reject him with their voice and their vote. Regardless of what anyone thinks about Trump, both personally and politically, he does not pose a tenth of the danger to America, and the world, as Bernie Sanders does. Let’s hope that it doesn’t go that far, because even giving Sanders a shot at the presidency is a risk nobody should be willing to take. 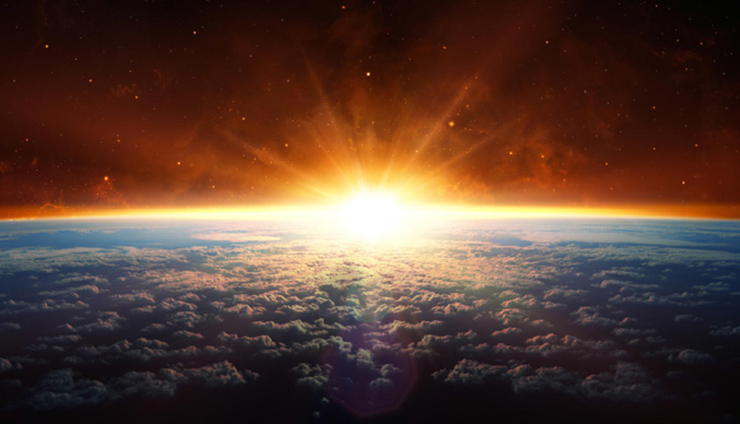 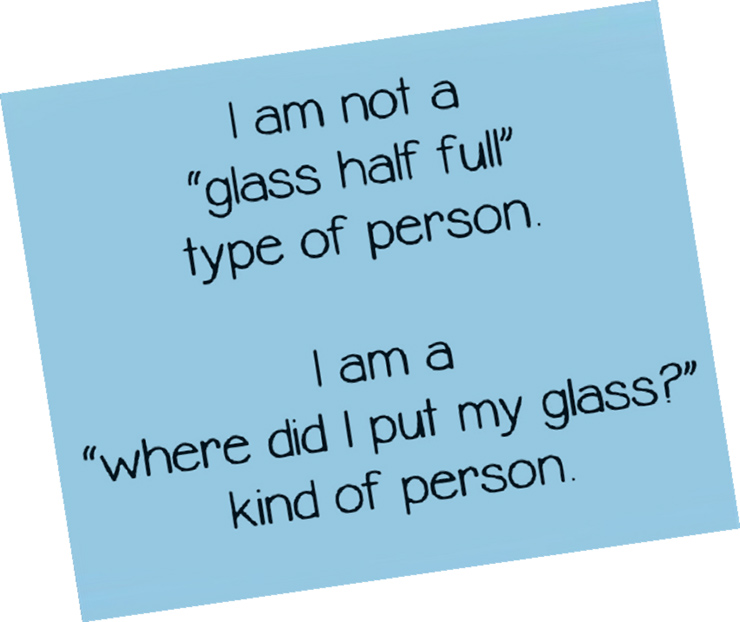 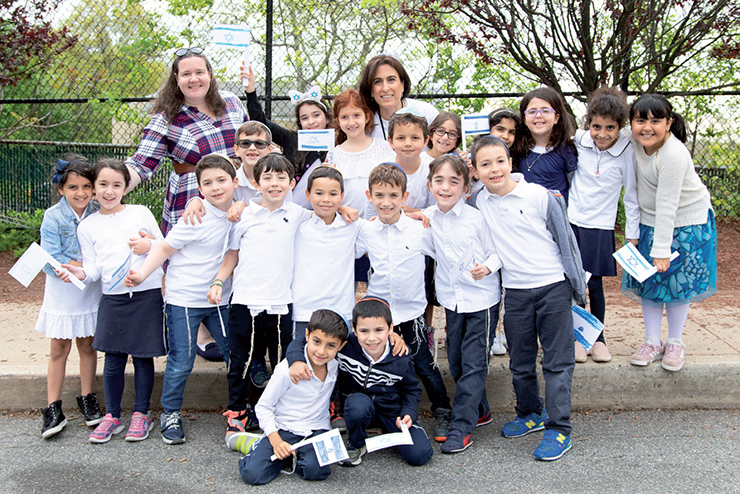