This Motza’ei Shabbos, parshas Mishpatim, the fourth grade boys at the Yeshiva of Central Queens gathered for a parent-child melaveh malkah. The students and their parents were each given a set to make their own pair of tzitzis. Under the guidance of one of their rebbeim, Rabbi Shmuel Soffer, they discussed the importance of tzitzis and the mitzvah of wearing them. He walked them through, step by step, until each knot was tied and the tzitzis were ready to be worn.

Yonatan Gemal attended with both of his parents. He said, “I will never doubt again how hard it is to tie the knots in tzitzis, but it was a success and I really enjoyed doing it with my parents.” While the boys were finishing up, their rebbe, Rabbi Shmuel Lemann, told them a story about Rabbi Yisrael Salanter, founder of the musar movement, who taught us the importance of being honest and caring Jews and how to do so.

David Gadol said, “I learned that the g’matria of tzitzis is 600 and, along with the five knots and eight strings, it is equal to 13, adding up to the 613 mitzvos, which is why this is such an important mitzvah. I especially really liked hanging out with my father and making my own tzitzis.”

Following the activity, Rabbi Ophie Nat joined the students, parents, and elementary school administration for a beautiful kumsitz. Dr. Gomberg, parent of fourth grader Kobie Gomberg, led the boys in a beautiful zemer. Every boy was singing, bringing a strong feeling of Yiddishkeit and unity to the dining hall. The event was organized and run by Shirly Pourad. As Jews, the boys are proud to take on the mitzvah of tzitzis daily. They are especially proud of these that they made themselves. 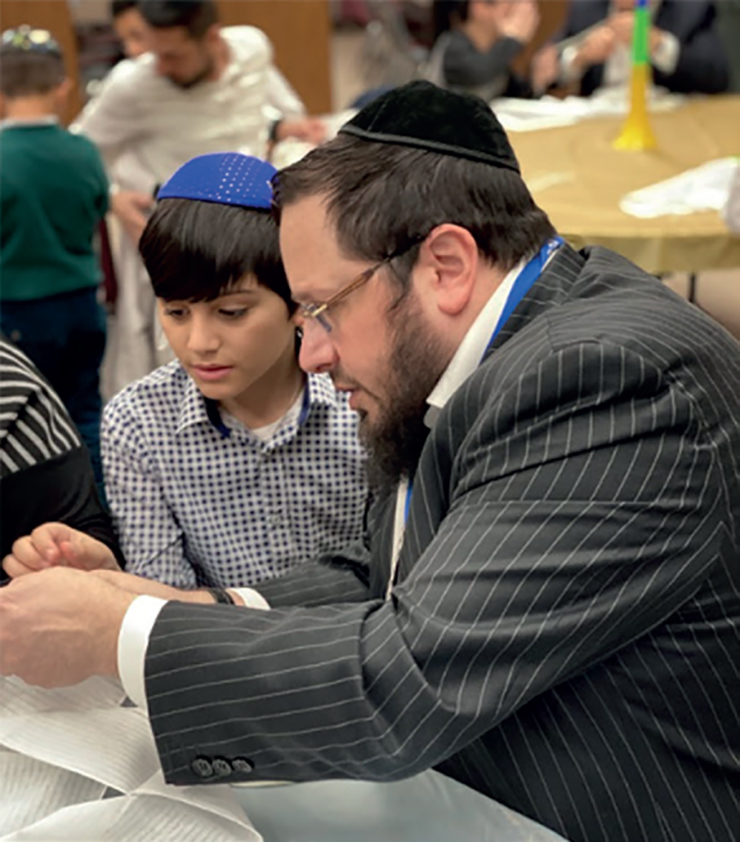 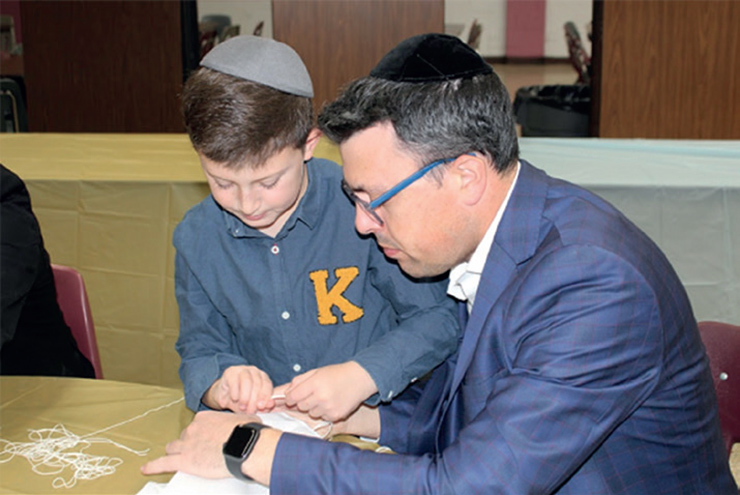 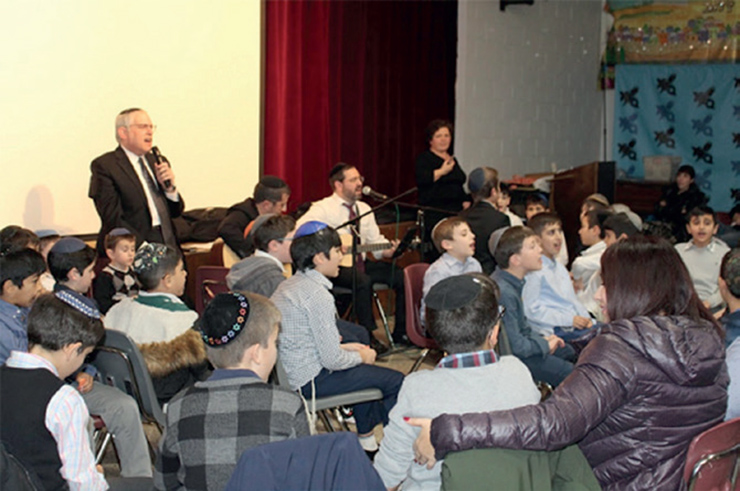 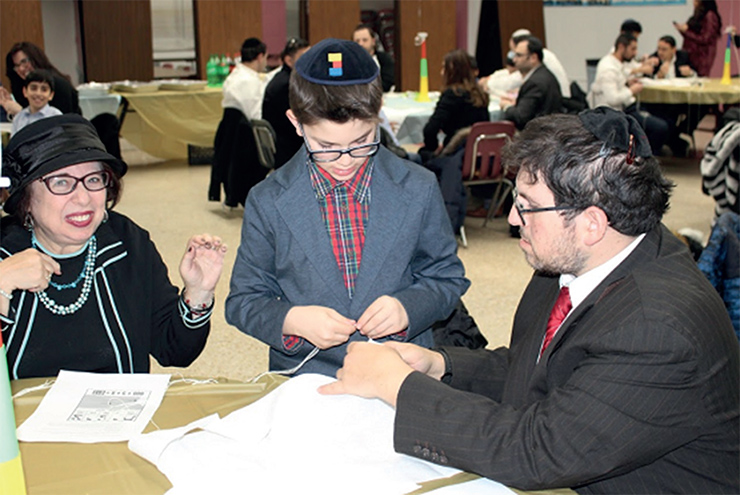 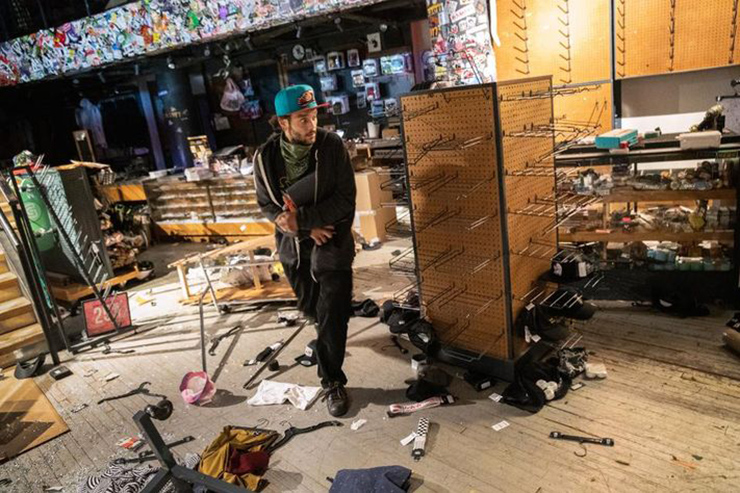