Lag BaOmer, which is the 33rd day of S’firas HaOmer, and the 18th of Iyar, is a festive day, celebrating two prominent and connected events.

In the weeks between Pesach and Shavuos, all of Rabbi Akiva’s 24,000 students died in a plague because they did not properly respect and honor one another (Y’vamos 62b). Though there are several commentaries on what it means that Rabbi Akiva’s students did not show enough respect and honor, all agree that they fell short in the mitzvah of V’Ahavta L’Rei’acha Kamocha, loving your fellow as yourself. We thus mourn over their behavior and the harsh din (judgment) they received. Lag BaOmer, however, was the day that the dying stopped, and on this day all signs of mourning are suspended. But, from the ashes of Rabbi Akiva’s loss arose five great sages who restored the Torah to the world: Rabbi Meir Baal HaNeis, Rabbi Yehudah bar Ilai, Rabbi Shimon bar Yochai, Rabbi Yossi ben Chalafta, Rabbi Elazar ben Shamua, and Rabbi Nechemiah.

Lag BaOmer is also the day that Rabbi Shimon Bar Yochai (Rashbi) was niftar. The great Tanna (Mishnaic sage) Rabbi Shimon bar Yochai was one of the greatest teachers of halachah (Jewish Law) and is quoted numerous times throughout the Talmud. Before he was niftar, Rabbi Shimon called his students and revealed to them the deepest secrets of the Torah and Divine Wisdom. These secrets were written down and are contained in the Zohar, the fundamental text of the Kabbalah that is full of mystic interpretations of the Torah. (Moreh B’Eitzah 223, Mishmeres Shalom 38:1, Taamei HaMinhagim pg 256; 267-268). It is also brought down that 3,000 halachos were revealed to the world on the day that Rabbi Shimon Bar Yochai died (Ner Yisrael). Lag BaOmer is thus a day of great rejoicing that so much Torah and Divine secrets were given to us.

Our sages teach us that Lag BaOmer is a day for t’filah and y’shuah and is an auspicious time to daven for one’s physical and spiritual needs. Here are a few of the many sources on this topic:

On Lag BaOmer, there is a widespread minhag to shoot bows and arrows (Taamei HaMinhagim pg 252:605). Some say that since Lag BaOmer is a day that is fit for one’s t’filos to be answered, we shoot a bow (keshes in Hebrew) and arrow. The beginning letters of shomei’a kol t’filaseinu spell keshes (Minhag Yisrael Torah 493:14).

It is a day where one can ask for salvation in any area of life. (B’nei Yisaschar Iyar pg 98; Gal Einai pg 16)

The Pri Tzadik writes that on Lag BaOmer one can be granted with the merit of reaching higher spiritual levels, thus enabling him to better learn and understand of the words of the Torah.

The days of Chodesh Iyar are a time of r’fuah, especially the days of hod, and more so Lag BaOmer, which is hod she’b’hod.

Lag BaOmer is a s’gulah for parnasah. (Nit’ei Gavriel Pesach 3: pg 292) In fact, the manna descended to B’nei Yisrael in the desert for the first time on Lag BaOmer.

According to the Admor of Sochtshov, Lag BaOmer is the best day to ask to meet your zivug (soulmate). In fact, the word “hilula” means “marriage,” and Rashbi himself was married on the day of Lag BaOmer. It is also a good day to pray for success concerning our children’s marriages.

Lag BaOmer is a good day to ask for children and many descendants who go in the way of Torah. There is an additional s’gulah to buy a bow and an arrow, as it is written: “Like arrows in the hand of a mighty man, so are the sons of one’s youth.”

There is a minhag to read chapter 67 of Sefer T’hilim, which expresses gratitude to Hashem, seven times on Lag BaOmer.

To add names of individuals who need a r’fuah sh’leimah  to next week’s T’hilim column, please email to This email address is being protected from spambots. You need JavaScript enabled to view it. and complete the Google form. 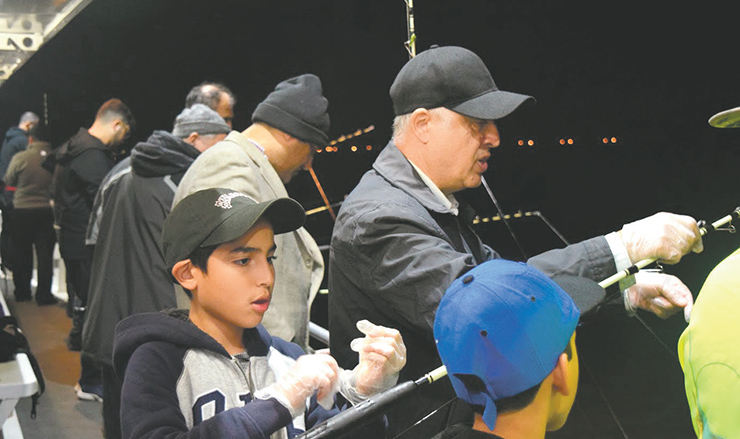