Who’s running and what do they stand for?

Less than eight weeks remain to the Queens Borough President special election replacing Melinda Katz who recently assumed the role of Queens District Attorney. Early voting begins on March 14 in what is viewed as a low turnout election. The borough president’s main job is to ensure that our government represents our values and reflects the culturally diverse nature of all Queens neighborhoods and its 2.4 million inhabitants. We will explore the Queens issues highlighting each candidate’s campaign. 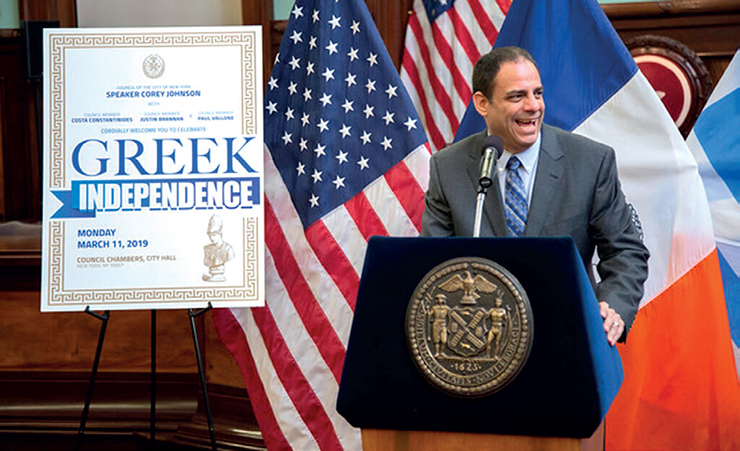 Constantinides, who is Jewish, is the councilman for Queens’ 22nd district, which largely includes Astoria. He pledges to change Borough Hall from a largely ceremonial office into one of real action. He will divide the staff into satellite offices with expanded language capabilities. To help the borough’s transportation dilemmas, he proposes a major reform to the MTA’s governing body, allowing all Borough Presidents to have an appointee on the MTA’s decision-making team, enabling them to be more fairly represented and have a say on fare increases, billion-dollar budget decisions, and strategic planning that can bring better mass transit to Queens. Constantinides promises to overhaul NYCHA’s 21 developments, making them greener and cleaner, thereby helping their 34,000 residents live more easily, and by giving tenant leaders a voice in Community Boards, working with other NYCHA leaders jointly at a roundtable, with one overseeing director. Workers’ rights in solidarity with new unionization efforts in land development, a commission to test a four-day work week, the closure of polluting power plants, the creation of green jobs, science labs in schools, removal of all trailers as classrooms in schools, and a high school-to-union pipeline for career and technical education are all under his plans. The green efforts will be led by the installation of a Deputy BP for Sustainability, directly combating climate crisis issues. An Accessibility Coordinator would ensure parks, transit, and all other public spaces are easy to navigate for those with disabilities. It should be noted that an article published by Hamodia on December 19, 2019, stated that Constantinides brought a pro-BDS activist as a staffer, Marla Solow, into a meeting held at the Young Israel of Kew Gardens Hills. Once this was brought to light, Constantinides opted to keep on the employee, but his office told the Queens Jewish Link that she will not have any involvement in policy. The councilmember remains strong against anti-Semitism. 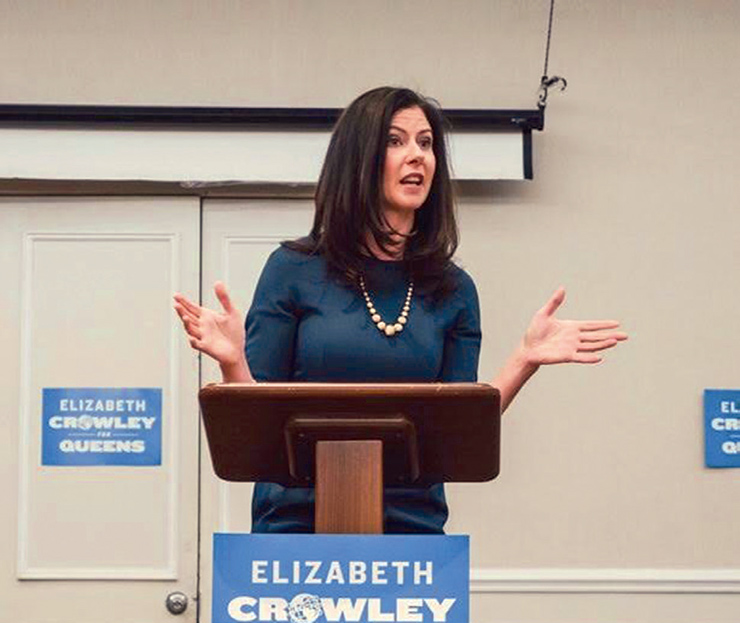 Crowley was the 30th district congresswoman from 2009-2017. She strives to provide Queens with a common-sense approach with accountability and transparency that does a better job prioritizing a diverse group of members across the 14 various community boards. In a bold move, Crowley declined contributions from big real estate developers, giving the residents a say when it comes to zoning. Transportation is dear to Crowley who pledges to think big and bring Queens’ transit system into the 21st century. Crowley strongly believes in several initiatives highlighted by converting a freight line extending from Long Island City to Jamaica into the QNS transformative commuter line to help those underserved areas. The short-term effects of the plan reduce travel time, while the long-term effects make the environment cleaner with fewer cars on the road. Under Crowley, public infrastructure will see a rise in solar panel usage and a plan to curb the outflow of raw sewage into the water stream. To stem the rise of racism, bigotry, hatred, and division in Queens, one of her first acts in office will be the establishment of an anti-Semitism task force working alongside religious leaders to promote an interfaith discussion of tolerance and education. As the only woman competing, Crowley knows what it means to be a working mom, as she raises her two children and is a product of a 15-child home that was largely raised by her mother after her father passed. Crowley pledges to promote women’s rights and fill her office with innovative women, like the Queens population that is of majority female composition. Crowley has been a common face at various community functions. 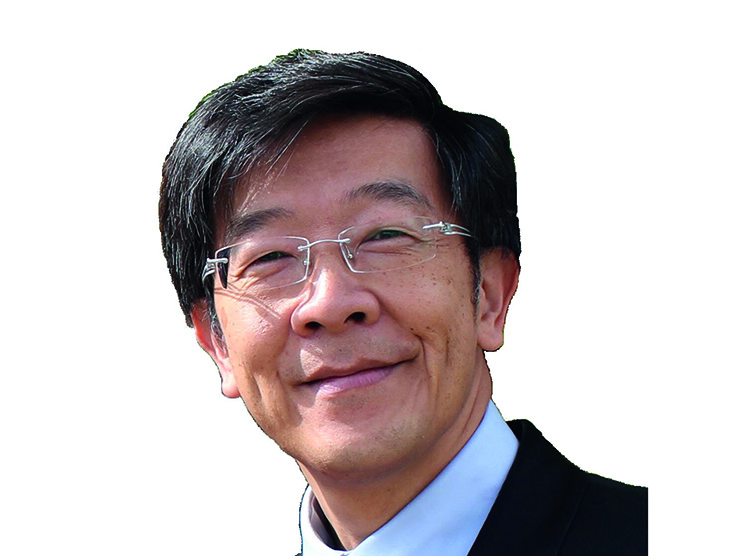 As this is a special election, Republicans are eligible to run. Born in Taiwan, Maio immigrated to the United States, first living in Maryland and then moving to Queens in the 1980s. He then took up residence in Manhattan and later returned to Union Turnpike in Forest Hills. He has sought public office before and is on a quest to finally achieve his goal. His claim to fame is being a noted mapmaker who seeks to categorize the borough’s pros and cons, solving the cons while visualizing laws, and confronting issues, complaints, and budget revisions based on “facts without prejudice.” Maio hails the wildly popular Citizen App as a major tool to combat crime and keep the borough safe, especially against acts of hate and anti-Semitism. He emphasizes that such technology would be used at Borough Hall to keep Queens ahead of other areas. He also mentions that his office doors would be open to all constituents, and he would work to remedy any obstacle. Maio has intentions to use maps to lower costs and improve quality of life while raising the standards of our children’s education. 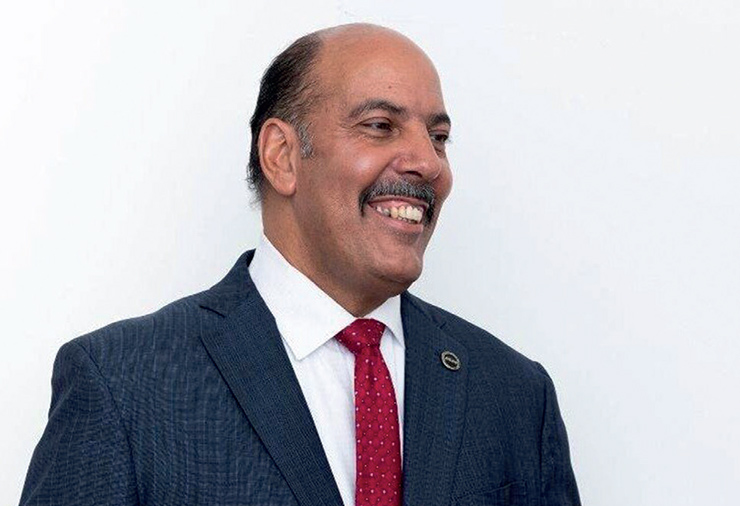 Miranda is a Fresh Meadows father of three and a retired NYPD sergeant who served in law enforcement for over two decades. Miranda supports the NY Health Act and believes that every resident of Queens should have access to health care as a human right, specifically Medicare. As a candidate for Borough President, he has plans to increase funding for medical facilities and bring new access to mental health programs. Miranda hopes to improve funding to Queens schools, as they are the most underfunded in New York City. As Borough President, he would institute student internships, support full vocational and doctor training, and aid students with tools to find a job. As a longtime member of law enforcement, Miranda witnessed too many children ending up in prison after school finished for the day; he believes in all sorts of after-school enrichment. Demonstrating Queens’ diversity, Miranda believes the city should stay true to its reputation as a sanctuary city, and its leaders should not cooperate with ICE in any fashion, as all immigrants must be made to feel safe in the borders of Queens. Miranda envisions a Queens where there are stronger rent regulations and leaders work with the landlords. He supports public spaces being be used solely for the constituents of the neighborhood. Miranda is adamant about creating more cohesive subway connections and bus routes to enable productive urban living. He is a strong believer in expanding the bus lane program in the borough. Miranda wants to develop services for the poor, those suffering from alcohol and drug abuse, and those released from prison to ensure that all Queens residents remain safe and rehabilitated. 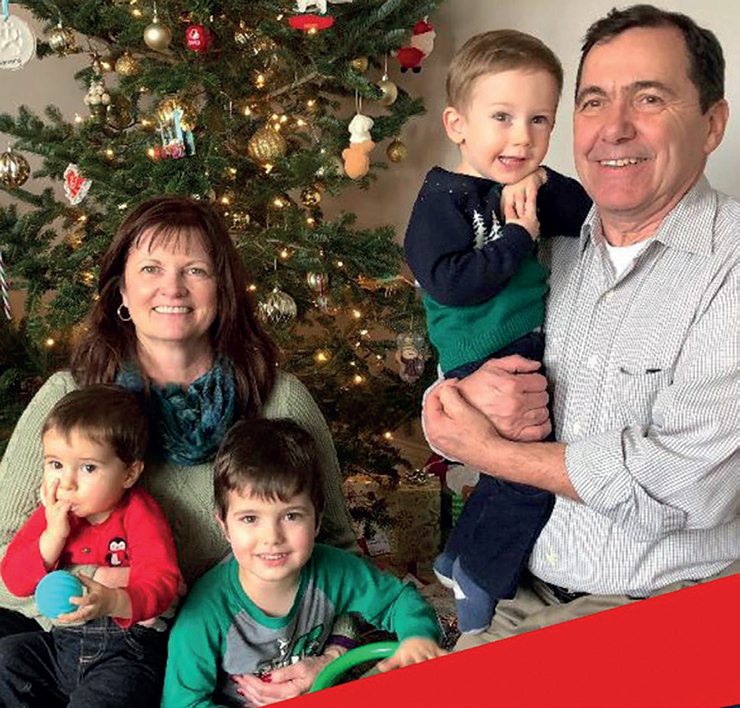 Quinn is a family man who resides in Richmond Hill and announced his bid to run for Queens Borough President a few days after retiring from an impressive 42-year career in the Queens District Attorney’s office, just after the new year took hold. He holds opposing views to the other candidates, with intentions to stop politicians from closing the Rikers Island jail, and he plans to halt any prison from being developed in Queens. Quinn hopes to keep Queens safe by ending the dangerous catch-and-release policy; he would allow judges to note dangerous arrestees and set bail. Quinn yearns to work with major companies and create jobs in a business-friendly borough that encourages small business to flourish with fewer burdensome regulations from the Mayor’s Office. Quinn would work to further improve quality of life for Queens residents by increasing the results in schools in safe neighborhoods with rising property values. Quinn has chosen these positions based on work throughout his career and seeing the effects of crime in Queens neighborhoods. 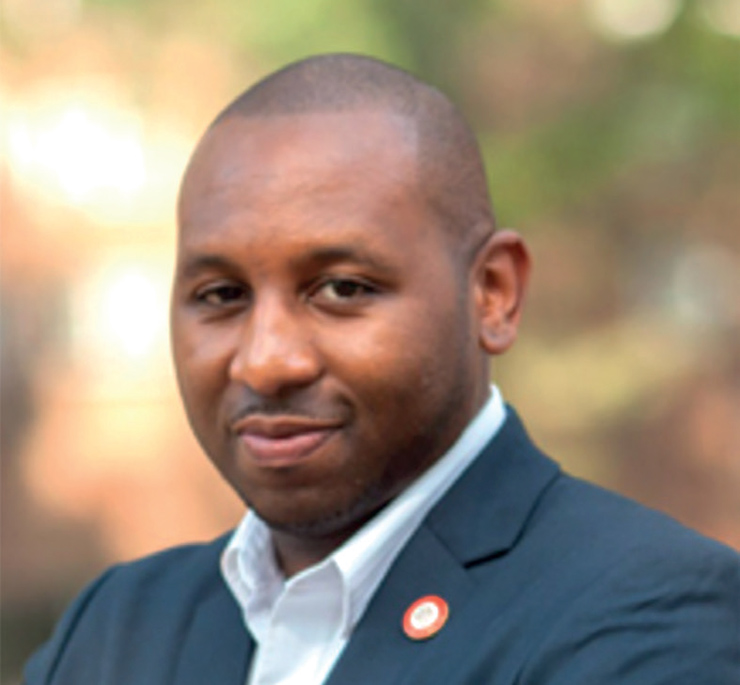 Richards is the councilman for the 31st district, which includes Far Rockaway. He assumed this position in 2013 after serving for his predecessor as chief of staff for roughly two years. He chairs the Committee of Public Safety, works together with the NYPD to mitigate issues, and believes the aging Rikers Island needs to be shuttered, leading to criminal justice reform. Richards hopes to work with various businesses and steadily bring new jobs into the borough. He showcases a job well done in bringing Bartlett Dairy back to our streets. Interestingly, Richards will fight for commercial rent control, enabling small businesses to not only survive but thrive. Tenants’ rights and housing court attorneys for representation in landlord battles are on his agenda, but forcing NYCHA to take the necessary steps to fix its failing infrastructure is foremost. Richards has long been a public face in our community and pledges to stand by our needs and causes. Richards successfully joined Councilmember Chaim Deutsch and called on Mayor de Blasio to open the Office for the Prevention of Hate Crimes this summer. He has spoken and written very strongly against the heinous acts of racism and discrimination, and calls on interfaith leaders, educators, parents, and civic associations to unite in the fight of attacking the ignorance of our youth. Richards champions the fight for immigration rights, acknowledging that half the county was born outside of our country and speaks endless languages. He vows to ensure legal services are available and encouraged for the undocumented immigrants being chased out. Richards promises to help ease the waiting time for public transportation and maintain its infrastructure. Additionally, he calls for protected bike lanes and repercussions for abusive motorists. 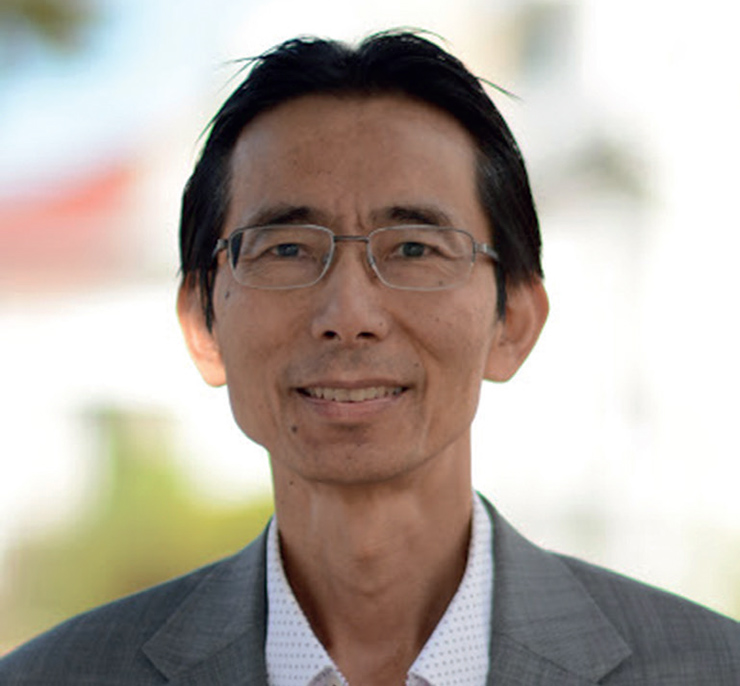 Yin plans to develop jobs outside of the technology ring in a manner that protects and honors blue-collar careers. Yin prides himself on his time in the corporate arena, improving the economy and learning workers’ rights. He hopes to defend the working families of Queens and balance their lives to make ends meet. This plan includes working with large businesses, educational institutions, and labor unions to help all residents succeed and expand opportunities in the borough. Yin pledges to fix quality-of-life issues and ease homelessness while still allowing for redevelopment. He has ambitious housing plans, renter’s tax credits, public transit repair plans, and general road repair ideas to make Queens a better home for all. Yin notes the LaGuardia monorail venture as a wonderful source for job creation. 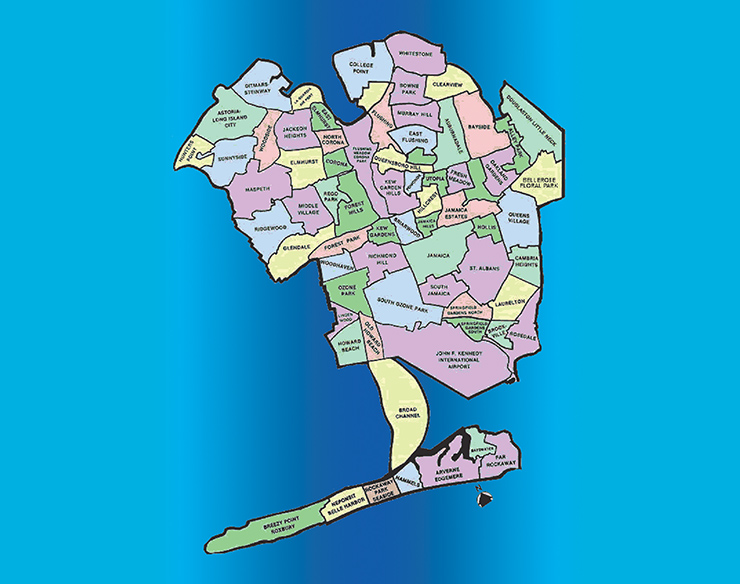 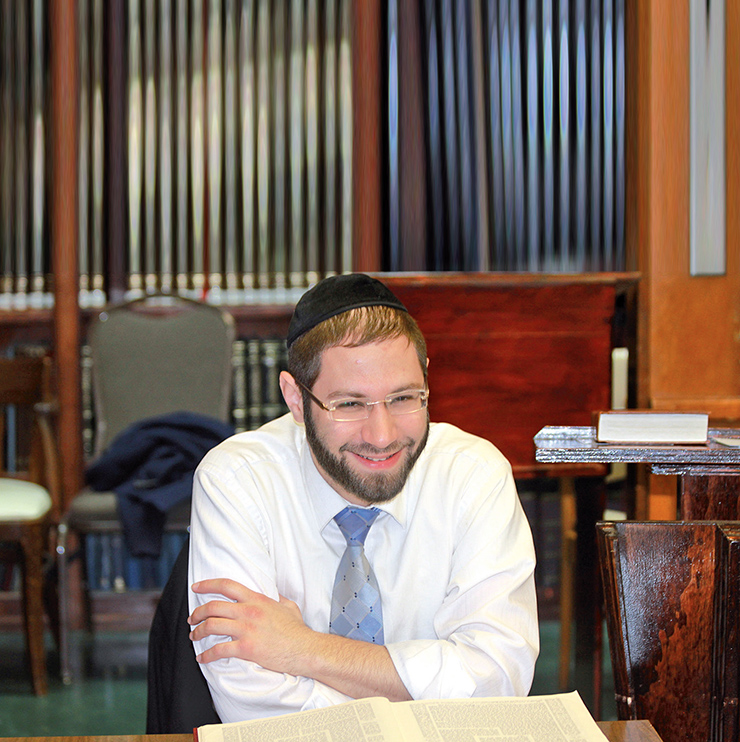 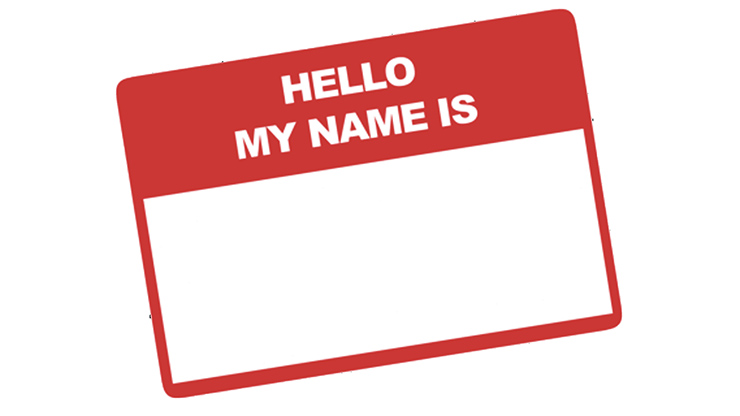 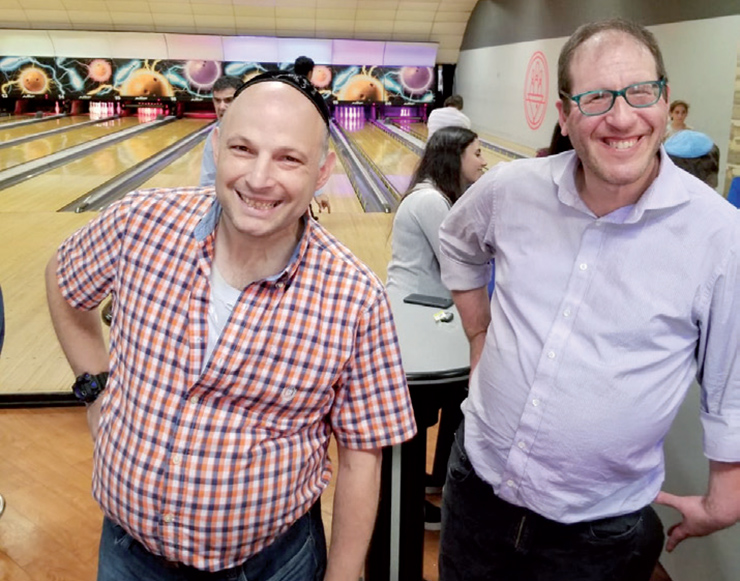 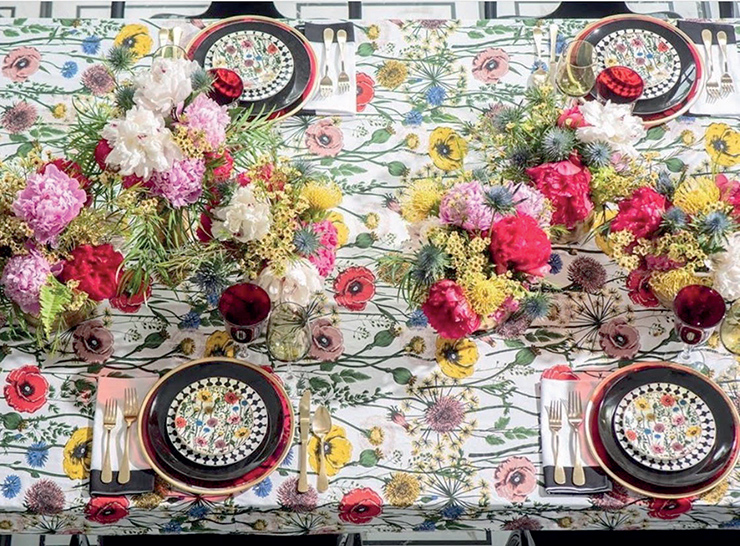 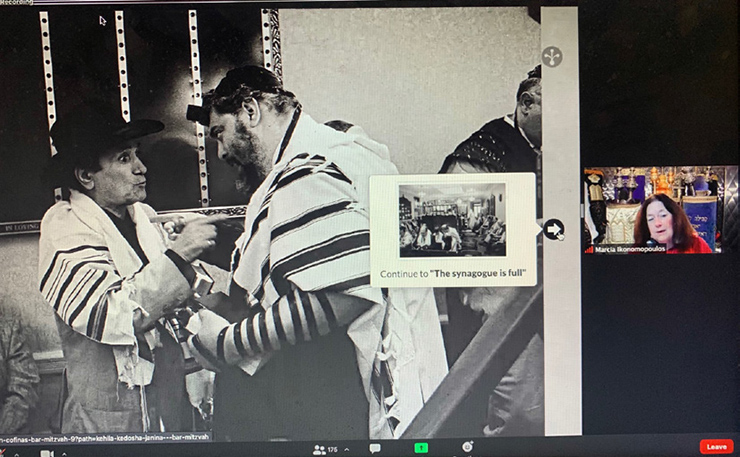