If the enemies of Israel needed a pretext for rioting and rocket attacks, last week’s planned eviction of four Palestinian Arab families in eastern Jerusalem served as the convenient excuse. Predictably, the usual voices on social media and in diplomatic circles expressed a range of statements from being “concerned” to condemnation of “Jewish supremacism,” a new term coined by leftists to conflate white racism with Zionism.

Without knowing the facts and history, one could imagine that Sheikh Jarrah is a neighborhood deep inside eastern Jerusalem, an Israeli version of Fort Apache in the South Bronx whose location defies logic and can only be explained as a product of “settler” extremism. In fact, it is located less than a 15-minute walk from the Mir Yeshiva, among other leading institutions of Jewish higher learning.

Like all other Jewish developments in eastern Jerusalem, the properties that were reclaimed by Jewish buyers in Sheikh Jarrah have a Jewish past that predates the Churban Bayis Sheini, and a Jewish presence that was uprooted by the Jordanians in 1948. For the nonprofit American Friends of Ateret Cohanim, the properties in Sheikh Jarrah share a history similar to the buildings that it restored in the Muslim Quarter, Shiloach, and on the slopes of Har HaZeisim.

The ancient connection is the neighborhood’s Hebrew namesake, Shimon HaTzadik, whose tomb is in its heart, honoring the Kohen Gadol who is associated with miraculous events and the politics of his day.

In Maseches Yoma 69a, Shimon HaTzadik led a delegation that greeted Alexander the Great during his sweep of the Middle East. Miraculously, the conqueror spoke of seeing Shimon HaTzadik in a dream prior to their meeting, which resulted in a policy of tolerance towards his Jewish subjects that lasted until the reign of Antiochus IV nearly 150 years later.

In Menachos 109b, he predicted the day of his death based on a vision that he had inside the Kodesh HaKodashim. Tragically, after his death, sons Onias and Shimi fought each other for the position of Kohen Gadol. In Yoma 39b, a series of miracles are recorded during his 40 years of service at the Beis HaMikdash. The lot of the favored goat always appeared in the right hand, the strip of crimson wool that was tied to the head of the goat that was sent to Azazel did not turn white, the westernmost lamp of the Menorah burned for an entire 24 hours, each kohen felt satiated from his small portion of the Lechem HaPanim, and the fire on the Mizbei’ach burned steadily without additional wood after the kindling.

The period of prophecy had ended long before Shimon HaTzadik was born, but the events of his lifetime offered the people of Israel a sense of connection to the supernatural occurrences and unparalleled wisdom of earlier times. His student Antignos of Socho received an oral teaching from his master that was recorded in Pirkei Avos: “The world stands on three things: the Torah, the Temple service, and the practice of acts of piety.”

Following his death, the position of the Kohen Gadol gradually lost its prestige, as it fell prey to corruption, leading to rivalries for succession, breakaway sects, and ultimately its destruction along with the Holy Temple.

Over the centuries, access to his tomb was controlled by Arab landowners until 1875, when the land around it was purchased by the Sephardic Community Committee and the Ashkenazi Assembly of Israel. At the Library of Congress, there is a photo from 1918 showing Jewish children and adults in a procession to the kever of Shimon HaTzadik. It was part of a larger set of photographs taken at the American Colony Hotel: boys on the left side of the road, and girls on the right. A banner with the Magen David is held by one of the girls. The landscape indicates the outskirts of the city.

The Jewish owners lived next to Muslims whose village was named after Hussam al-Din al-Jarrahi, a personal physician of Saladin, the commander who expelled the Crusaders from the Holy Land. A contemporary of Sheikh Jarrah, the Rambam was also a physician to the great commander. Perhaps they knew each other? Saladin welcomed Jews back to Jerusalem, unlike today’s Palestinian activists.

Sheikh Jarrah was associated with the al-Husseini family who settled near his tomb in the 1200s and featured prominently in local politics. Their most notorious descendant, the Mufti of Jerusalem, owned a hotel in Sheikh Jarrah that hosted Arab notables in the 1930s. As we say yimach sh’mo to his name, developer Irving Moskowitz purchased the building and demolished it in favor of apartments for Jewish families.

As with other Jewish communities on the east side of the Green Line, all Jewish residents who survived the war for Jerusalem were expelled by the Jordanians and forbidden access to their holy sites. In their place, a crowded neighborhood of Palestinian refugees seething in anger over their loss of land to Israel and permanent status as landless pawns of war.

The legal effort to reclaim Jewish properties around the kever of Shimon HaTzadik took nearly five decades to reach its conclusion earlier this year at the Israeli Supreme Court. For supporters in America, what can they do for the brave Jewish families who have returned to this section of Jerusalem?

This past Sunday, Ateret Cohanim had a virtual dinner presentation honoring Dr. Matthew and Doreen Skolnick of Melville, who toured the reclaimed Jewish properties, saw what needed to be done, and donated towards the building of playgrounds and libraries. Likewise with Dr. Jonathan and Aviva Halpert of New Rochelle, who took the tour with Ateret Cohanim Executive Director Daniel Luria and provided for the children of these reclaimed homes so that they can live in happiness and security. From our American homes, the easiest way to show solidarity is by donating to this worthy organization, as I’ve been advocating during past dinners.

We must also recognize the importance of the relationship between New York and Jerusalem, as the two sister cities share cultural, economic, and political ties. Among the mayoral candidates, Andrew Yang, Eric Adams, and Ray McGuire have tweeted their support for Israel as it faces rocket attacks from Gaza that have reached Jerusalem, Ashkelon, and Ashdod. In a tight election where enemies of Israel are running for nearly every office and claiming to speak for “The Jewish Vote,” we have the opportunity to make a statement, demonstrating the actual Jewish viewpoint. 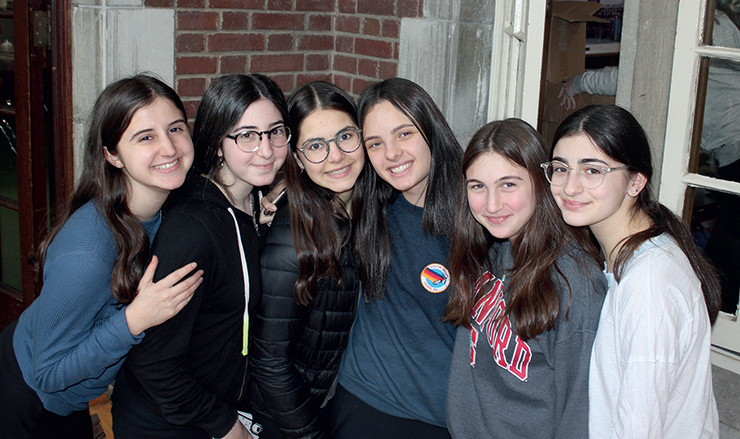 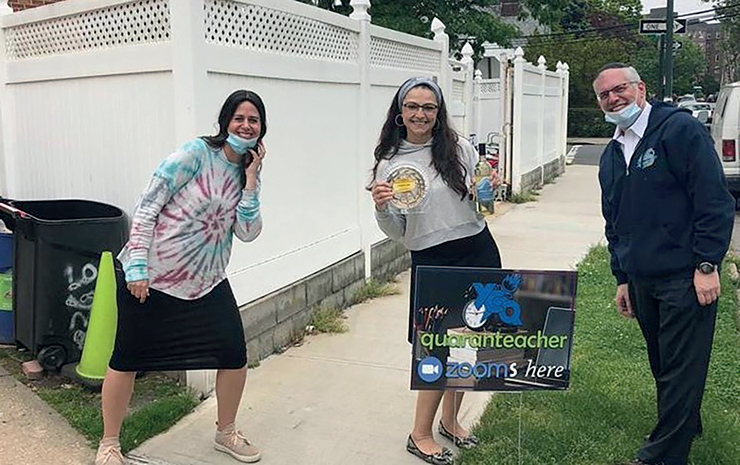