There was an elderly carpenter who was ready to retire. He told his boss of his plans to leave the house-building industry in order to enjoy a more leisurely lifestyle with his wife. He would miss the weekly paycheck, but he was ready to retire, and they could get by on his savings. The contractor was sorry to see his best worker go and asked if the carpenter could build just one more house as a personal favor to him. The carpenter was reluctant, as he really was ready to retire, but the contractor pushed him until he relented. However, it soon became clear that his heart was just not in it. He resorted to shoddy, hasty workmanship and used inferior materials. It was an unfortunate way to end a dedicated career. When the carpenter finished his work, his boss came to inspect the house. He then handed the keys to the carpenter and said, “This is your house, as my parting gift to you.”

The carpenter was shocked! If only he had known he was building his own house, he would have invested so much more effort.

The same is true of our lives, as well. Through every day and every action, we are building our own home, our eternal existence. The mind we’re building, the views we attach ourselves to, the thoughts we generate – this is the reality that we live in. If we were aware of this, we would be so much more careful with how we laid down each brick. Let us take a deeper look and see how this idea connects to Yaakov Avinu’s role in this world.

As we’ve previously discussed, the cosmic battle between Yaakov and Eisav is the battle between ikar and tafeil. The ikar (primary) is the inner essence and main entity, while the tafeil (secondary) is that which enables the ikar to flourish. The ideal is for the tafeil (that which is secondary and lower) to perfectly and loyally reflect the ikar (the inner spiritual essence) – for the body to faithfully reflect the truth and depth of the soul, for all of physicality to fully reflect its spiritual root.

The Relationship That Could Have Been

Originally, Yaakov and Eisav were meant to work together, in a synthesized, harmonious partnership. Yaakov would perfect the spiritual, the ikar, while Eisav would perfect the physical, the tafeil, creating a perfect vessel for Yaakov. The spiritual (Yaakov) was meant to imbue and fully manifest within the physical (Eisav). Together, they would have converged to become a single, cohesive unit, working as one.

Yitzchak saw this potential within Eisav, which is why he originally sought to give Eisav the brachos. However, a careful reading of the Torah makes it clear that Yitzchak intended to bless both Yaakov and Eisav – Eisav for the physical domain, and Yaakov for the spiritual domain. This is why Yitzchak ultimately gave Yaakov two sets of brachos – the one intended for Eisav (B’reishis 27:28-29), and the one he always planned to give Yaakov (B’reishis 28:1-4). This was a recognition of Yaakov’s and Eisav’s unique roles: Eisav as the physical vessel, and Yaakov as the spiritual essence.

Based on this, the statement Yaakov made to Yitzchak when he received the brachos – “I am Eisav, your firstborn” – was actually true (B’reishis 27:19). Yaakov did not lie to Yitzchak; rather, he revealed a deep truth. Yaakov had undergone an existential metamorphosis. He took on Eisav’s role, and in a deep way, became Eisav. In respect to his spiritual role, Yaakov was now both Yaakov and Eisav. Yaakov, the pillar of truth, didn’t lie to Yitzchak; he revealed the inner truth of this new spiritual identity, his new spiritual role.

This idea completely transforms our perception of Yaakov’s relationship with Rachel and Leah. As Rashi explains, Rachel was destined to marry Yaakov, and Leah was originally destined to marry Eisav, which is why she constantly cried (Rashi, B’reishis 29:17). However, once Yaakov took over Eisav’s role, he marries both Rachel and Leah, a reflection of his new dual role.

Marriage is an existential bond where two opposites combine into a harmonious oneness. Eisav’s orientation and mission were completely physical, and he was therefore meant to marry Leah, a woman who was completely spiritual. She was destined to help Eisav manifest control over the physical world, in order to perfect it and prepare it for Yaakov’s spiritual mission.

The same dynamic applied to Yaakov and Rachel. Yaakov, who was completely spiritual (“Ish tam, yosheiv ohalim”), was destined to marry Rachel, whose strength lay in her ability to properly use the physical. Rachel embodied the perfection of physicality and was the ideal partner to help Yaakov connect his spiritual potency to the physical world. This is why Rachel is described as physically beautiful (B’reishis 29:17), and why Yosef, their son, is the only male in the Torah who is described as physically beautiful. Rachel’s physical beauty reflected her role: Her physical body loyally reflected her spiritual soul, and her mission was to help Yaakov fully manifest the spiritual within the physical world.

However, as Eisav continued down the wrong path, Yaakov and Rivkah saw that he wouldn’t play the role he was meant to. As such, the plan had to change. Once Yaakov bought the b’chorah from Eisav, he took over both roles; he became both Yaakov and Eisav. Accordingly, he now had to marry both Rachel and Leah! The Yaakov in him had to marry Rachel, and the Eisav in him had to marry Leah. Consequently, when Lavan tricked Yaakov, it wasn’t regarding his marriage to Leah, but only the order in which he would marry her. Instead of marrying Rachel first, he was tricked into marrying Leah first. But he was going to marry Leah all along!

Although the ideal relationship between Yaakov and Eisav became corrupted, a similar partnership would ultimately be achieved later in history, by a different set of brothers. At the end of Sefer D’varim, Moshe Rabbeinu gives brachos to all of the Sh’vatim. He blesses Yisachar and Z’vulun together, saying “Rejoice, Z’vulun, in your departure, and Yisachar in your tents” (D’varim 33:18). Rashi explains, based on the Midrash (B’reishis Rabbah 99:9), that Yisachar and Z’vulun worked as partners: The tribe of Z’vulun lived on the seashore and departed on ships to trade and make profit, while the tribe of Yisachar remained in their tents and learned Torah. Z’vulun provided for both tribes, and they shared in the merits of Yisachar’s Torah learning.

I would like to suggest an answer, which I think beautifully reflects everything we’ve discussed so far. Originally, Yaakov was meant to have Yisachar with Rachel, representing the role of perfecting the spiritual, while Eisav was meant to have Z’vulun with Leah, representing the role of perfecting the physical. However, once Yaakov took over Eisav’s role, he was meant to have both Yisachar and Z’vulun: Yisachar with Rachel and Z’vulun with Leah. Yet, we find a fascinating and enigmatic scene that takes place between Rachel and Leah. After having difficulty conceiving more children, Rachel sold her right to be with Yaakov to Leah in exchange for the duda’im, hoping it would help her become pregnant. What happened right after this sale? The very next pasuk tells us that Leah gave birth to Yisachar! In other words, in return for the duda’im, Rachel sold her rights to have Yisachar. Leah now became the mother of both Yisachar and Z’vulun. Soon afterwards, Rachel was zocheh to have Yosef.

We are entrusted with the power of choice; we can choose how to use the potential we are given, how to see the physical world, and how to live our lives. We must ask ourselves: “What kind of house am I building?” Are we building a broken, sloppy house? Or are we building something beautiful and majestic, something we have invested in and committed ourselves towards? Let’s follow in Yaakov’s footsteps, and find our unique role within the Yisachar-Z’vulun partnership; let’s focus on harmony, synthesis, and oneness, as opposed to machlokes, breakdown, and turmoil. Our journey in life is like building a skyscraper; every day is another brick, another opportunity to add to our eternal self, our eternal existence. The end result is the product of every bit of effort that we invested. May we be inspired to devote our lives to building the extraordinary, so that one day we can look back and see the beautiful skyscraper we have built. 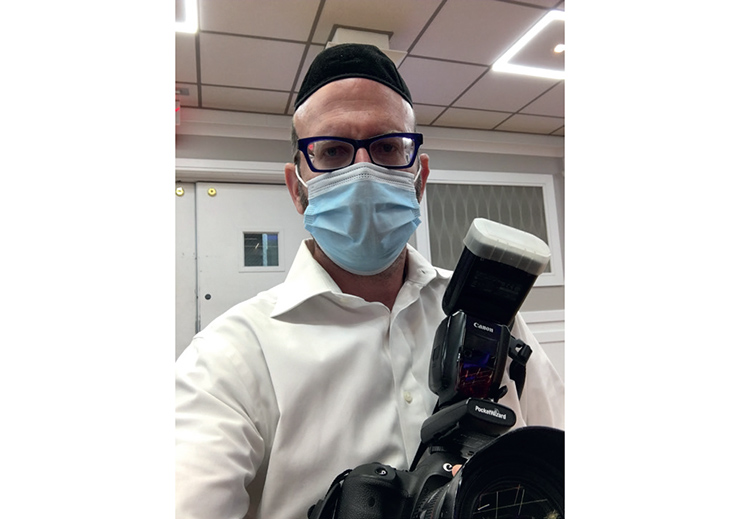