Fortunate is one whose help is Yaakov’s G-d, whose hope is in Hashem, his G-d.

We begin this week’s segment with two questions.

Why is Yaakov singled out more than any of the other Avos as the model of placing hope and expectation only in Hashem?

How do we understand the Hebrew letter beis at the beginning of the word “b’ezro”? Ordinarily, the first clause would translate to “Fortunate is the one who the G-d of Yaakov is in or with his help.” That does not seem to flow well. What did David HaMelech mean to say here?

Yaakov Avinu had a life mostly filled with difficulty, trials, and tribulations. There was much pain in his life. Yaakov was challenged, and he struggled in four major areas: physical, financial, family peace, and emotional.

First, Yaakov was in grave physical danger, on the run from Eisav who wanted to kill him. Then, he was swindled many times by Lavan. Next, he had to endure family discord among his sons. Finally, he suffered 22 years of mental anguish after Yosef’s disappearance and apparent death.

Yaakov, therefore, best represents someone who, despite experiencing struggle, pain, and suffering in most of the different facets of life, still maintained his full trust in and reliance on Hashem exclusively.

David HaMelech is stating that one who can struggle through life’s many challenges and nevertheless retains his hope – always awaiting salvation from Hashem, his [personal] G-d (Elokav) – is truly fortunate. For he has something even more precious than any favorable result he might see: He has bitachon, whose reward is “above the heavens” (Rabbeinu Yonah, Mishlei 3:6), and he has the quality that the Vilna Gaon writes is the primary reason the Torah was given (Mishlei 22:19) – to place our bitachon in Hashem.

The letter beis in “b’ezro” means that when help arrives, the one who has bitachon understands that it was from the G-d of Yaakov. There is a joke with sad truth in it, where someone is looking desperately for a parking spot; finally, he turns to Hashem and says, “Hashem, please help me. I need a good spot.” He immediately notices someone pulling out and, with a sigh of relief, says, “Never mind, Hashem. I found one myself.” What David HaMelech is stating here is that when help arrives, we must remember that, regardless of who the messengers are, they are only messengers of Hashem. It is Hashem Who delivered the assistance. That is the meaning of the beis. He sees Hashem in the help that came. (based on The Hirsch Psalms)

Looking at the entire pasuk as one, David HaMelech is stating that one who places his hope only in Hashem, his [personal] G-d, will be truly fortunate, because he will see salvation from Hashem as Yaakov did – and as B’nei Yisrael did when we were redeemed from Mitzrayim. (based on Radak)

If we place our full trust and reliance exclusively in Hashem, we, too, will merit the ultimate final redemption. May it come speedily in our days, b’ezras Hashem. 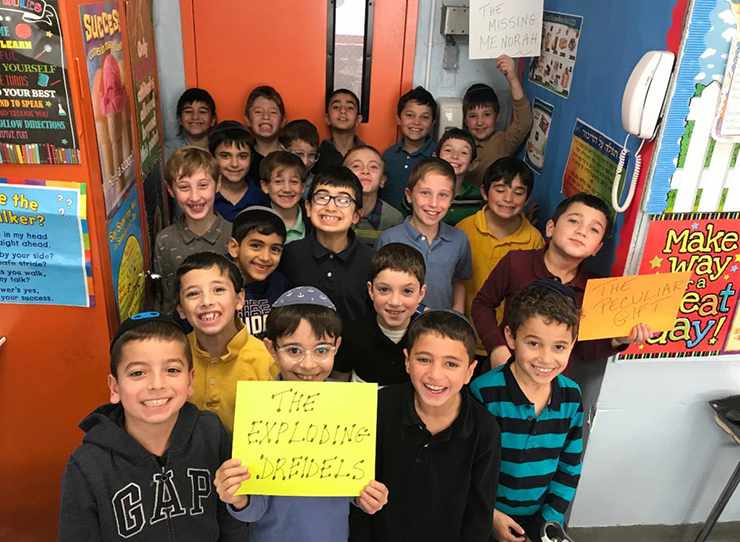