Question: May one daven next to his wife and daughters at home, or must they erect a m’chitzah if davening together?

Short Answer: While a m’chitzah is unnecessary, Rabbi Mordechai Willig shlita told this author that the wife and daughters should not be in the line of sight of the husband/father who is davening.

I. The Source of M’chitzah

The Gemara (Sukkah 51a) discusses the balcony in the Ezras Nashim of the Beis HaMikdash, a “great improvement” that was built for the Simchas Beis HaShoeivah on Sukkos. While there were a few arrangements originally suggested to prevent frivolity between the genders, the final result was that the women were situated on a balcony above, while the men were below.

Rav Moshe Feinstein zt”l (Igros Moshe 1:39) deduces from here that the requirement for a m’chitzah is d’Oraisa, for if it was only Rabbinic, they would not have been permitted to alter the d’Oraisa dimensions for such a Rabbinic requirement.

Despite the above Gemara about the Beis HaMikdash, there is no mention of m’chitzah in the Shulchan Aruch with respect to a shul. The Tzitz Eliezer (7:8) notes the absence of this halachah from the Shulchan Aruch, but explains that the issue of m’chitzah was never discussed because all shuls were naturally built with a wall separating the men and the women, with only small windows in the wall allowing the women to hear the davening.

Regardless, the Tzitz Eliezer, as well as many of the 19th century poskim cited therein, including the author of the Kitzur Shulchan Aruch, unanimously require a contemporary shul to have a m’chitzah. As is quite obvious, this is the standard practice in our shuls today.

The tricky question is what is the contemporary m’chitzah, styled after the Beis HaMikdash balcony, trying to prevent?

There are numerous approaches as to the purpose of the shul m’chitzah:

Rabbi Moshe Feinstein (ibid) understands that the m’chitzah is meant to prevent frivolity between the genders during davening. Accordingly, Rav Moshe was not satisfied with a ten-t’fachim (approx. 32 inches) m’chitzah. Although such a ten-t’fachim m’chitzah is a halachic partition for other laws (i.e., walking in front of others who are davening), it is not high enough to prevent the opposite genders from interacting, thereby leading to frivolity. Thus, Rav Moshe required a m’chitzah that was shoulder length, or approx. 17-18 t’fachim (approx. 60-66 inches). Importantly, while Rav Moshe did not require a m’chitzah that prevented all visibility, he did praise such an approach. See also S’ridei Eish (2:14).

Some poskim, including reportedly Rav Joseph Ber Soloveitchik zt”l, disagreed with Rav Moshe and only required a m’chitzah of ten t’fachim in certain situations, (see https://www.etzion.org.il/en/separation-during-prayer-mechitza), yet most others accused Rav Moshe of being too lenient.

For example, the Tzitz Eliezer (ibid), as well as the Sheivet HaLevi (1:29), understand the purpose of a m’chitzah as to prevent “histaklus,” or improper thoughts, during davening. Accordingly, a m’chitzah must be tall enough to prevent the men from seeing any part of the women, especially their heads. This is the opinion of many of the other chasidishe poskim as well. See Divrei Binyahu (19:5).

While I did not see any of the poskim from the last generation discuss davening at home, there is an interesting t’shuvah by Rav Moshe Feinstein zt”l that peripherally addresses the issue.

Rav Moshe ruled (Igros Moshe 8:12) that women in a beis aveil must move to a separate room while the men are davening, since a beis aveil is “pasuach l’rabim” – a public space. Nevertheless, Rav Moshe ruled that if the women refused to leave the room, it was fine to daven with the women present, as this was just a temporary situation. This is in contrast to davening at a sheva b’rachos minyan, where women do not need to leave the room, and the men can simply daven separately in one corner of the room, as everyone is from the same family.

Thus, it appears that Rav Moshe would allow a person davening at home with his family – which is both temporary and among family – to daven together with his wife and daughters without a m’chitzah. Presumably, this t’shuvah of Rav Moshe is based on his understanding of m’chitzah as preventing frivolity, something that is not applicable with family members.

Likewise, Rav Shlomo Zalman Auerbach zt”l (Halichos Shlomo, T’filah, 8:5) allows davening on a bus without a m’chitzah because of the temporary nature of such davening. Rav Chaim Kanievsky (Riva’on Kiryas Sefer, 45-46) is also quoted as allowing davening without a m’chitzah outside of a shul as there is less concern for tz’nius in such a setting.

Rabbi Moishe Dovid Lebovits (author of the Halachically Speaking series) also appears to take for granted and without citing sources, that in our coronavirus situation, a family may daven together without a m’chitzah. See https://www.thelakewoodscoop.com/news/2020/03/halachically-speaking-tefillah-when-davening-alone-rabbi-moishe-dovid-lebovits.html

However, it appears to me that according to the view of the Tzitz Eliezer and Sheivet HaLevi, that the reason for a m’chitzah is to prevent improper thoughts during davening, perhaps a m’chitzah would be required when praying at home with family, as the presence of the other gender detracts from the concentration of the davener. When I subsequently asked my rebbe, Rabbi Mordechai Willig shlita whether a m’chitzah was necessary according to this view, he responded that while a m’chitzah is not necessary, the women should not be in the line of sight of the man who is davening. 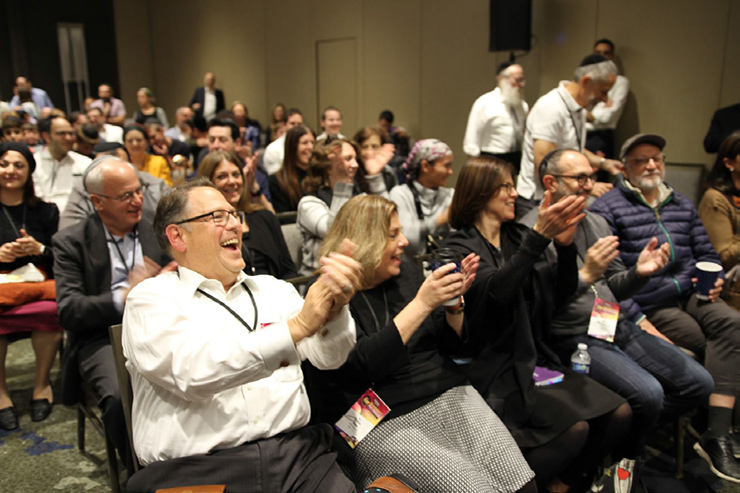 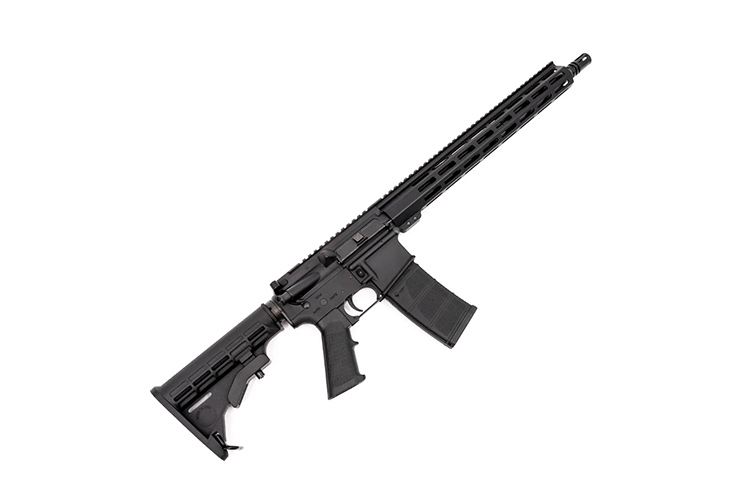 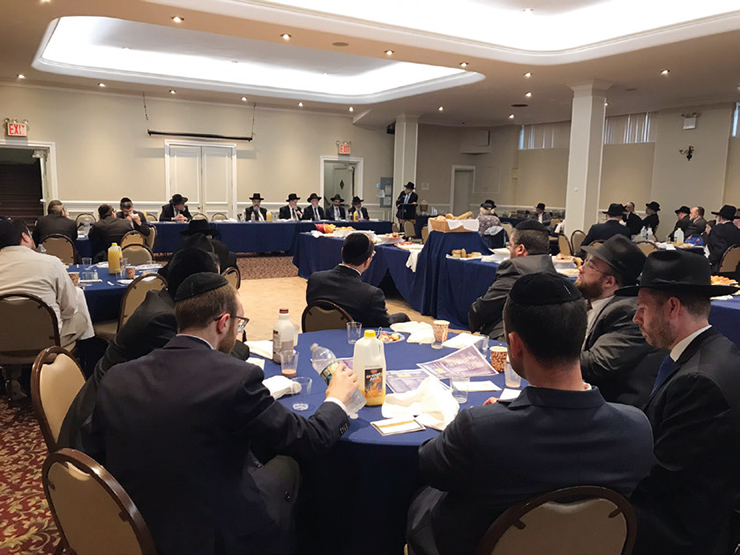 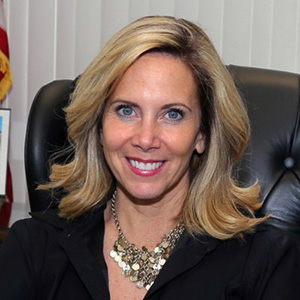