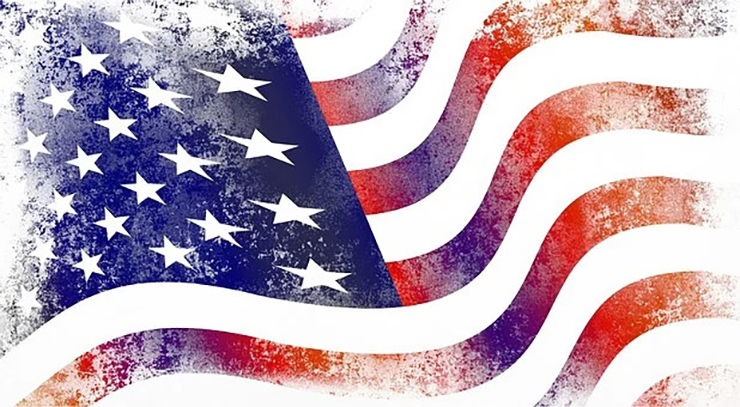 The Jewish Community of New York is Enthusiastically Looking Forward To A Political Earthquake, With A Bloc Vote of 250,000 Votes

New York, N.Y. – The Jewish community of New York has embraced the news that “Ichud Klal Yisroel” has successfully united all orthodox communities throughout Greater New York to create a powerful voting bloc of 250,000 votes.

Many were surprised to hear the significant number of 250,000, never before realizing what we can accomplish when we unite with a common goal.

Many people have expressed two reasons for their desire to get out and vote for the first time. The most significant reason is the threat to our educational system. The second reason is that they never realized what a strong influence their vote can have.

We close with a fervent prayer that our unity should produce desirable results for Klal Yisroel.

The Secular Press, Including The Infamous New York Times, The New York Post, And Newsmax, Have All Reported That A United Jewish Vote Can Determine The Outcome Of The Election

This Sunday, October 30, the New York Times again discussed the importance of the Jewish vote in the current election | Two races in which the Jewish vote can determine the result are being closely followed nationwide

In the current election for Governor of New York, the Jewish vote carries greater importance than ever due to the tight race. All the general news and media outlets report that the Jewish vote can determine the election’s outcome. This past Sunday, the New York Times ran an article about the united Jewish bloc vote, underscoring the importance of voting.

The first of the two tight races is the one for governor of New York, where Congressman Lee Zeldin is running against incumbent Kathy Hochul. She took over Andrew Cuomo when he resigned in disgrace after unfairly demonizing our community during Covid.

Last week Congressman Zeldin rose in the polls making it a very tight and suspenseful race, surprising pollsters and politicians since New York is a blue state with twice as many registered Republicans as Democrats. And yet, Republican candidate Zeldin is running almost even with incumbent Kathy Hochul. According to current polls, 200,000 votes can determine the outcome of this race.

The second race garnering nationwide attention is the race for congress in the new 17th district, which includes Monsey and its surrounding areas.

The Democrat candidate is Sean Maloney – Chairman of the Democratic Congressional campaign committee – who is responsible for ensuring that democrats keep their seats in congress. Maloney is running against Republican Assemblyman Mike Lawlor, representing Monsey in the Assembly. Maloney ranks sixth from the top among Democrats in Congress and is running in this district since he lost his seat due to redistricting.

Assemblyman Lawlor is a close friend of the Jewish community in Monsey. In the last two years, he has forged close relationships with the Monsey population, where he is very popular, and with community activists, mosdos, and organizations. Thousands of Monsey residents are expected to participate in the election, which a united Jewish vote will largely determine.

When other politicians either remained silent or voted against our interests, these two fought to protect our rights to our children’s education

Albany, N.Y. – When Klal Yisroel was hit with a slew of decrees attacking our education system several weeks ago, we were essentially thrown to the wolves. At the same time, the liberal leftists celebrated a victory and made biased and derogatory statements about the Torah chinuch of our children.

Numerous politicians who, until then, pretended to be our friends suddenly fell silent and in and not wanting to offend their liberal colleagues, did nothing to defend us in the face of baseless accusations.

Governor Hochul also chose not to get involved or offer her opinion on the matter, placing the blame entirely on the board of regents.

Congress Lee Zeldin, however, along with Assemblyman Mike Lawler, and several additional elected politicians, came out with statements that strongly condemned the educational decrees. They have taken every opportunity to defend our system and values and denounce the state’s unacceptable decisions, and promised to put up a relentless fight to protect our rights.

In recognition of their friendship and loyalty, thousands of Jewish community members will vote for Zeldin and Lawler on Election Day.

For The First Time In Twenty Years, A Republican Stands A Good Chance Of Winning The Race For Governor Of New York

New York, N.Y. – Although New York is widely recognized as a blue state, this is due mainly to the population of New York City, who are the majority of voters in the state. However, upstate and Long Island have a sizeable Republican base.

Political observers note that politicians with solid support from outside the city need only 30-32 percent of New York City votes to win the election.

Current polls show that Lee Zeldin has more than 30% in New York City. The latest Quinnipiac poll gave him as much as 37%, which gives him a good chance of winning.

To explain these numbers, in the last two mayoral elections in New York City, Republican candidates had 28% despite campaigning only in the city. In 2009, the Republican candidate for Mayor had only 24% in the city. However, in the current race for governor, all polls show more than 35% - good news for the Zeldin campaign, with good prospects of winning.

Rabbonim from across the spectrum of communities – including Williamsburg, Boro Park, Flatbush, Monsey, Far Rockaway, Queens, Crown Heights, and more – have come out in a rare show of unity support of Congressman Zeldin and his race for Governor of New York.

After the decrees against our education system were finalized recently, Congressman Zeldin strongly condemned the regulations and promised to prioritize this matter as soon as he took office and return the right to educate children to their parents.

Congressman Zeldin made this promise publicly. He hammered the general media and wrote a letter regarding the success rate of the Yeshiva system, which he thinks should be similarly implemented in public schools. He has also discussed this in the primary debates and well as in the only public debate he had with Governor Hochul.

In a general race for governor or Mayor, Rabbonim and Roshei Hayeshivos leave the decisions to voting committees and don’t usually endorse or support specific candidates. This year is different, with many Rabbonim and mechanchim endorsing Republican candidate Lee Zeldin for governor.

The single motivating factor is the Chinuch of our children, the future of Klal Yisroel, and the continuation of our generations, which is our number one priority. With one candidate insisting it is not her problem and another promising to fight for us and return the rights to the parents, we have only one obvious choice.

We continuously pray that the large-scale effort of thousands of our community members should bring the desired results to ensure the future of our generations.

Shock and Outrage: Yeshiva Arugas Habosem of Williamsburg is the first victim of the new educational decrees

The Stated Education Commissioner, who works directly under the governor, accuses Tzelemer Yeshiva of not complying with state education regulations

It did not take long for the effects of the educational decrees to be acutely felt. After a few weeks, the state education department targeted the Tzelemer Yeshiva in Williamsburg as non-compliant with state requirements. This came after the city education department said the Yeshiva is compliant. Not satisfied with the city’s decision, the state gave the Yeshiva 60 days to implement the necessary changes to satisfy the state’s requirements.

Klal Yisroel is anxiously following these developments and hoping for a positive outcome.

We now have an opportunity that we cannot afford to miss. Invest in our future by voting for the candidate who supports our cause and protects our Mosdos HaTorah.

The C.D.C. voted to suggest that states add the Covid vaccine to the schedule of mandated vaccines for children to be allowed to go to school

Governor Hochul says she is seriously considering it | Republican Candidate Lee Zeldin says “Not under my watch!”!

The C.D.C. recently voted to add the Covid vaccine to the list of mandatory vaccines for children. The vote is not conclusive, and every state will make its own decision. Governor Hochul says she will seriously consider it. Republican Candidate Lee Zeldin immediately announced that he will not allow it and will leave the decision to parents – another good reason for every responsible parent to vote in the current election. 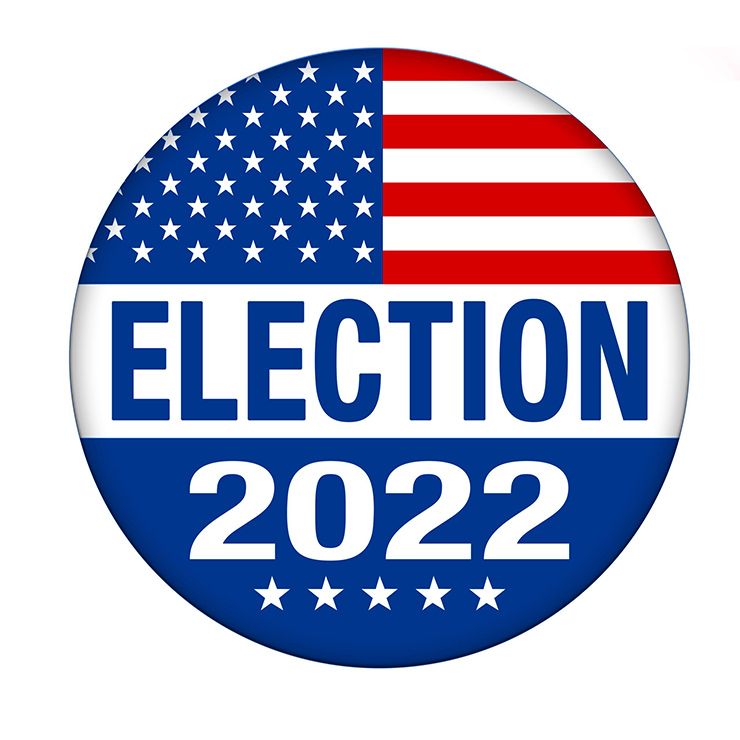 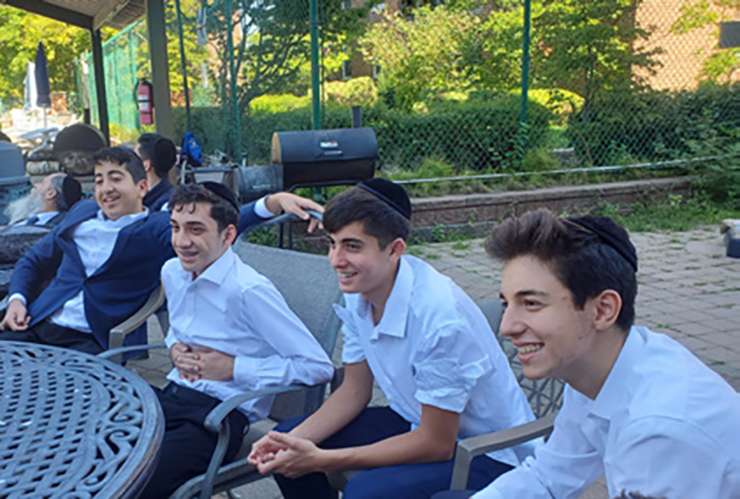 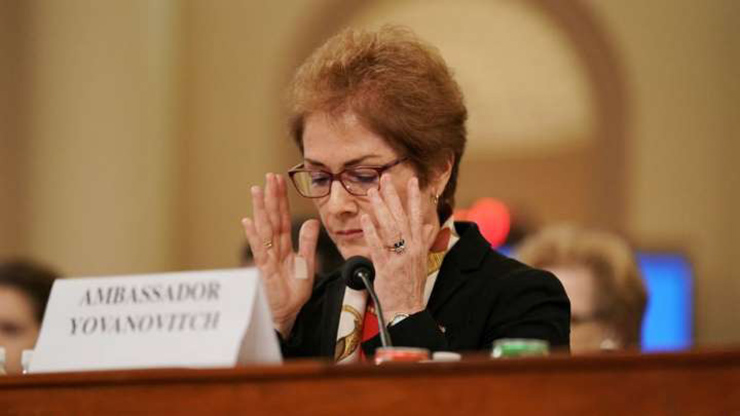 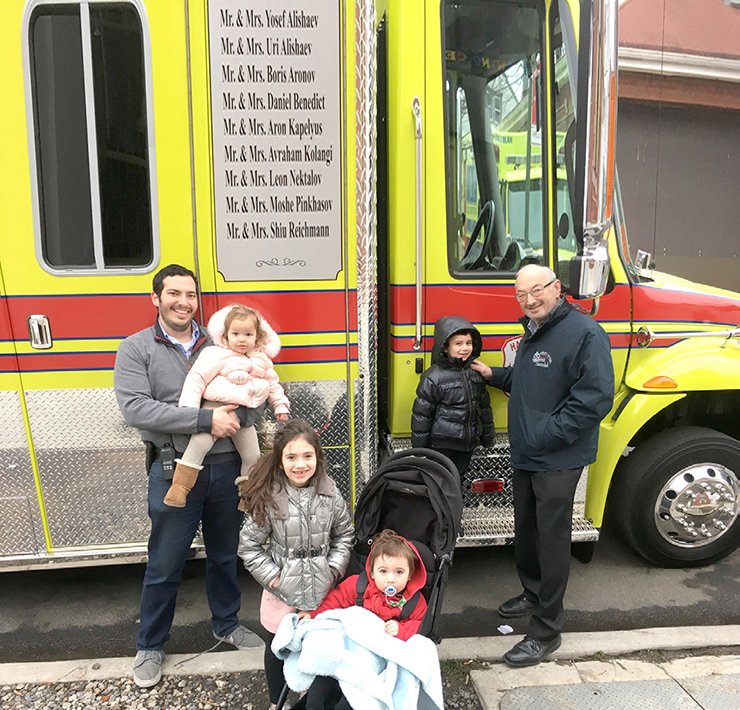 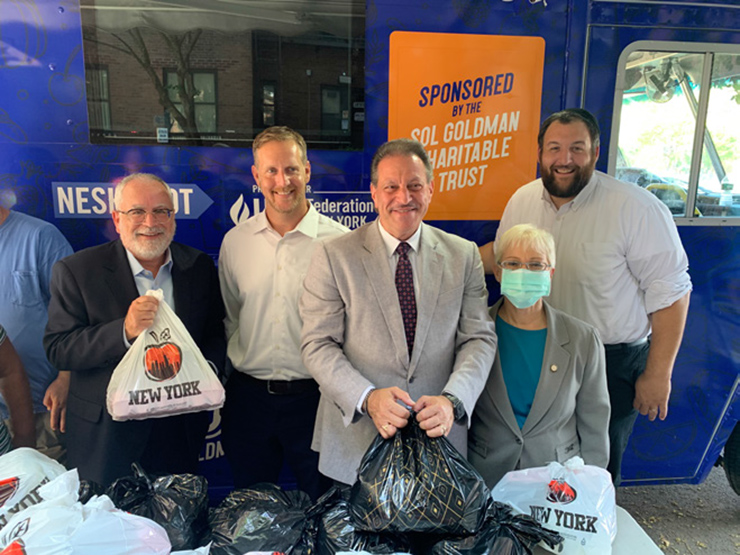