This year, ranked choice voting is being used in New York for the first time. You can “rank” up to five candidates in order of preference. The first-choice votes are tallied. If someone wins a majority, that person is the winner. If no one receives a majority, the candidate who finished last is eliminated and his/her votes are re-allocated to the voters’ next choice. This process continues until someone wins a majority. If you fail to rank, and your first choice falls short, your vote will not count in the later rounds. To make sure that we defeat Aleda Gagarin, you need to rank five of the other seven candidates from one to five.

All the candidates who participated in the forum agreed that accusing Israel of genocide, massacres, and apartheid is anti-Semitic. All are opposed to the anti-Semitic BDS movement, will support pro-Israel resolutions, and will vote against any Speaker candidate who is pro-BDS.

The candidates were asked to address four issues: 1) Israel, anti-Semitism, and BDS; 2) Crime and Public Safety; 3) School choice; 4) What Jewish organizations they have been involved with and would consider funding.

What follows is a capsule look at each of the candidates who participated in the forum, listed in alphabetical order. If you did not have a chance to watch the forum live, I encourage you to go to qjcc.org/forum to learn more about the candidates and to cast an informed vote. 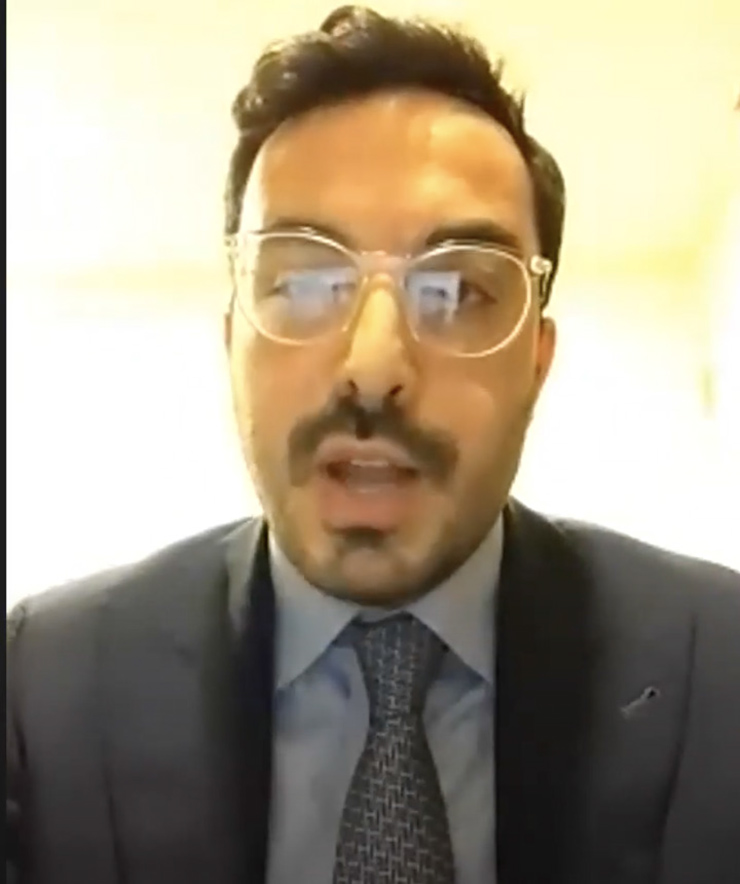 Israel – As a student leader, he led the fight against pro-BDS resolutions at Hunter College and New York University Graduate School. He issued a strong statement supporting Israel and deploring anti-Semitism during the recent fighting.

Crime & Public Safety – The Court system needs to move more swiftly, and judges should have the discretion to hold repeat offenders. Police should not be defunded, and funding for the Hate Crimes Task Force should be increased. He opposes the Kew Gardens jail. Closing Rikers Island and building jails in other communities will create four mini-Rikers Islands. Sex work should not be decriminalized, and there should be a crackdown on human trafficking.

School Choice – Yeshivah families are taxpayers who support the public school system and deserve a tax credit. He is in favor of the City and the State providing supportive services to yeshivos.

Jewish Organizations – Member of the Board of the Queens Jewish Community Council, active in Bukharian Jewish Union, wants to restore funding for the Bukharian Teen Lounge. As Queens Director of the Census, he worked with many Jewish organizations including Common Point Queens and Project LEAD.

Israel – The killing of his great-grandfather in the Holocaust is an example of what anti-Semitic words can lead to. He visits Israel twice a year. Witnessing a terror attack on a bus in Israel was the impetus for his decision to become a Hatzalah volunteer and a first responder.

Crime & Public Safety – Crime has skyrocketed, not because of the pandemic but because known criminals are being released to the streets due to bail reform laws. He opposed the Kew Gardens jail from the moment it was proposed.

School Choice – He is a product of the yeshivah system. Families that send their children to yeshivah support the public school system by paying taxes and save the public school system money. These families should receive a tax credit for half their tuition expenses or education vouchers. Yeshivos should receive supportive services. Security funding for all schools should be equal.

Jewish Organizations – Co-founder of Queens Chaverim. Volunteered for Tomchei Shabbos of Queens, raising money, preparing, and delivering food packages and organizing volunteers to save food when a freezer broke. Working with Chazaq and Amudim on mental health issues. 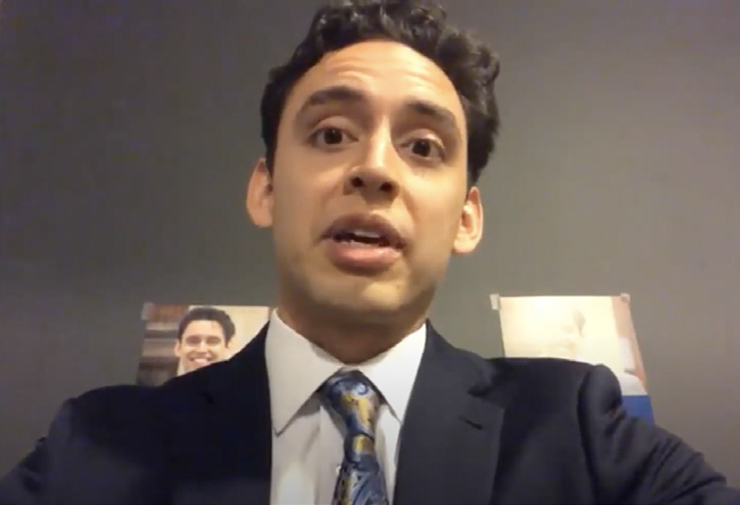 Israel – She has debated BDS supporters on Facebook. Her sister was a captain in the Israeli Air Force, and she raised an Israeli child.

Crime & Public Safety – Judges should be given discretion to hold potentially violent defendants. Police should not be defunded, but there is a need for reform. Some police officers may be unsuited for the job or need additional training. Additional services are needed for the mentally ill, and social workers may be needed on the scene in some cases. She testified against the Kew Gardens jail. She does not support decriminalizing prostitution.

School Choice – Yeshivos should get the same supportive services as other schools, but public funds should be used for public schools.

Jewish Organizations – Tomchei Shabbos of Queens helped her mother. Familiar with the Central Queens Y and senior centers at the Young Israel of Forest Hills and the Forest Hills Jewish Center. 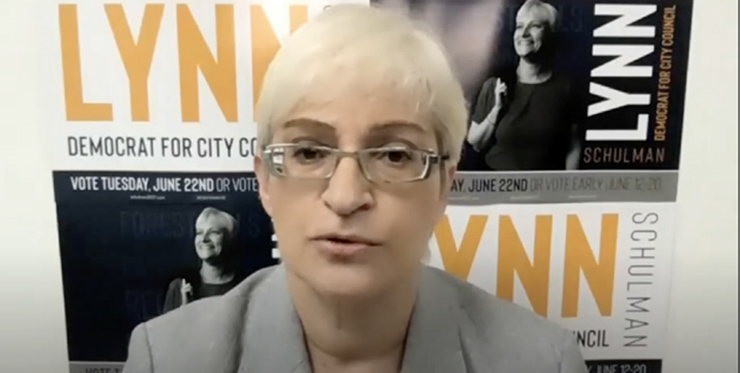 Israel – Israel has the same right to self-determination as any other nation. It is a reflection of the Jewish people and his Jewish family and friends, which must be protected and fought for. He will be aggressive in fighting anti-Semitism and hate crimes.

Crime & Public Safety – He will work with colleagues in state government to rethink the bail reform laws and to give judges discretion so that repeat offenders would not be sent back to the street to commit more crimes. Funding for the NYPD and its Hate Crimes Task Force should be increased. Funding for the 112th and 102nd Precincts should be increased to provide for a more robust presence walking the streets. He strongly opposes the Kew Gardens jail. The plan would create four mini-Rikers Islands and was pushed through with no community input. He opposes the decriminalization of prostitution.

School choice – He is not sure about tax credits for yeshivah families. He favors providing yeshivos with supportive services.

Jewish organizations – He is a volunteer for Masbia. 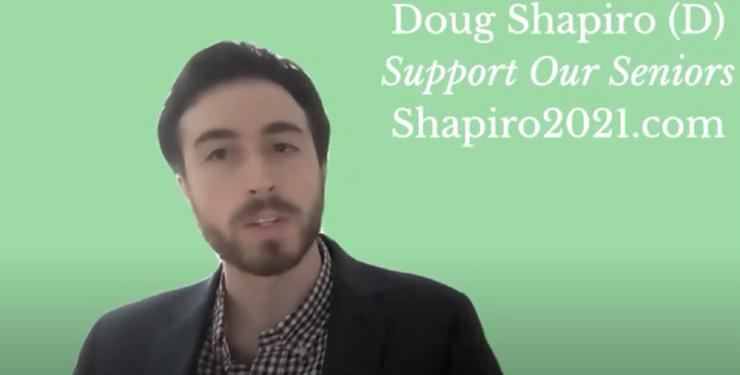 Israel – Israel represents the Jewish homeland. It is an ally and strategic partner of the United States and has the right to protect itself.

Crime & Public Safety – Bail reform should be looked at. She is committed to making sure that the NYPD has the resources it needs to protect the community, but it is premature to commit to a specific funding amount. She will work with the community and other Council members to oppose the Kew Gardens jail and will make sure the community is at the table to discuss alternatives. Decriminalization of prostitution will not impact our community. What is important is to focus on anti-Semitic and other hate crimes.

School Choice – Money can be found in the current DOE budget for supportive services for yeshivos. Tax credits are a state issue, and she will work with state legislators to see what can be done.

Jewish Institutions – She has worked with Common Point Queens, Tomchei Shabbos, Hatzolah, and Masbia. She will have trusted advisors in her office to guide her on the needs of the Jewish community. 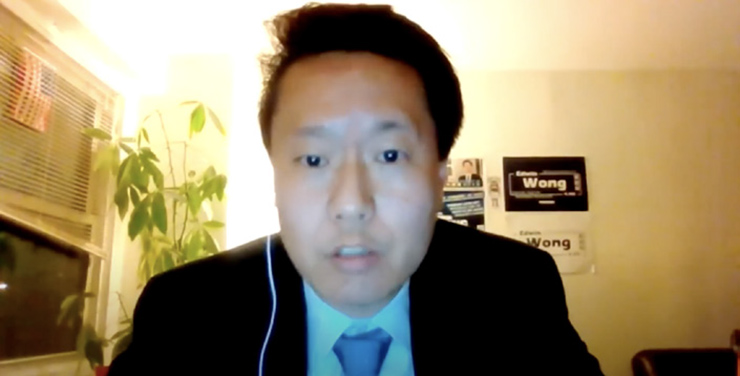 Israel – He has traveled to Israel and remembers the sheer jubilation of Shabbat at the Western Wall. In every generation, there are people who scapegoat and threaten Jews, and Israel represents a permanent home, a refuge where Jews should be able to feel safe and be welcomed from the four corners of the earth.

Crime & Public Safety – Bail reform is a state issue on which the City Council does not have a direct impact. Hate crimes should be prosecuted to the fullest extent of the law. Funding for the Police Department should be retained at the present level, but the mix of funding needs to be changed dramatically. Money needs to be going to patrols that focus on community policing, not to more generous executive compensation. Putting jails in communities like Kew Gardens is not good criminal justice policy and is a misuse of taxpayer money. Much less funding would be required to ameliorate Rikers Island into a more humane facility. The human rights abuses that were committed on Rikers Island will not change by changing the location; it will require a wholesale cultural change.

School Choice – He does not support tax credits for parents who send their children to private school but is in favor of providing supportive services. This can be done by cutting the bloat in the Department of Education budget.

Jewish Organizations – There is a large community in Richmond Hill that has been overlooked and that needs to change. Funding should go to organizations that are doing the most good for the most people and are run without bloat or waste, not on their religious affiliation. Masbia is an extraordinarily effective organization that is accessible to all. 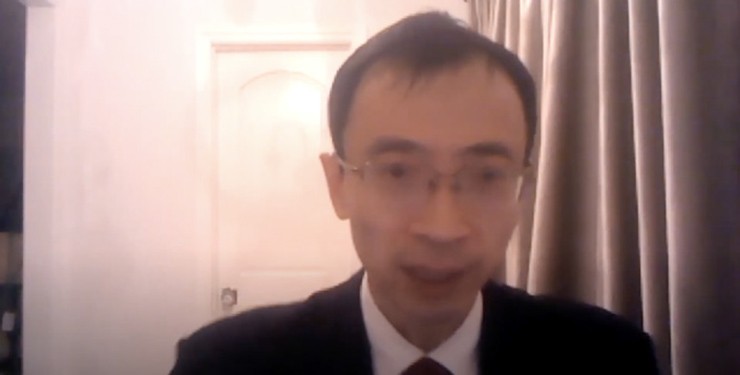 Israel – He refused to answer the Democratic Socialists of America questionnaire because they advocate BDS. Israel is a home for the Jewish people, which welcomes people from around the world, whether Jewish or not. He looks forward to visiting Israel with his family to see the sites that are holy to his Catholic faith and to teach his children about the culture of their Jewish friends and neighbors.

Crime & Public Safety – Bail reform laws were well-intentioned but need to be reformed. He will work with state legislators to achieve that. Violent criminals need to be punished. Police funding should be at the level needed to keep the community safe. He opposes the Kew Gardens jail. New jails will not fix the system; it would be cheaper and better to rebuild Rikers Island and reform the system. Money saved can be used for education and health care. He does not support decriminalizing prostitution. He wants to see more emphasis on catching human traffickers.

School Choice – The city pays charter schools $15,000 per student. We should consider doing that for yeshivos and Catholic schools, as well. Supportive services should be provided to all schools.

Israel – Sees Israel as a homeland for Jews around the world, a strong ally of the United States, and a place he would like to visit.

Crime & Public Safety – No cash bail reform and “defunding” the police directly caused the crime rates hike over the last 18 months. He will strongly advocate for repeal of bail reform laws. The hands of the police should be untied, giving them back the qualified immunity which was taken away in April and bringing back the anti-crime unit, which was eliminated last June. He organized rallies to oppose the Kew Gardens jail. Jails should be built in isolated areas, not residential communities. Problems at Rikers Island will not be fixed by moving the jails to other areas. Rebuilding Rikers Island as a world-class jail will save billions of dollars with no disruption to residential communities.

School Choice – More competition should be introduced to give the Department of Education to do a better job. That is why he strongly supports charter schools and religious and private schools, which for the most part, have been more successful than public schools. Families who pay taxes to support the public school system, while sending their children to yeshivos, should be given tax credits. Yeshivos should receive supportive services. He will fight for quality education for all students.

Jewish Organizations – Children attended the Central Queens Y, where they learned about Jewish culture and made many Jewish friends. He has attended events for the American Israel Public Affairs Committee (AIPAC). He believes the Chinese and Jewish communities share many of the same values. He will continue to fund organizations that promote cultural diversity, quality education, and neighborhood safety.