“Zehu Zeh! (This is It!)” was a long-running Israeli comedy show from 1978 through 1998. It was a series of sketches that poked fun at the obsessions and idiosyncrasies of Israeli life. Now, 22 years later, the original group was reunited to give Israelis the opportunity to laugh during the current coronavirus pandemic. The new sketches poke fun at face masks, hand sanitizers, and social distancing.

In one of those sketches, an interviewer is conducting an interview with an individual who has purportedly become very busy during the pandemic. When the interviewer asks him what he does, the individual explains that he posts random information on WhatsApp about the coronavirus. When the interviewer asks him where he gets his information from, the individual replies by pointing to three baskets on the table before him, each with little pieces of paper. He tells the interviewer to pick a piece of paper from each basket and to read him the contents. The interviewer does so and calls out “Taiwan”, “date honey” and “back of the knee.” The individual then dictates to himself as he types into his phone, “Researchers from the University of Taiwan have discovered that rubbing date honey on the back of your knee––” At that point, the individual stops and looks up and asks himself, “Hmm, causes or prevents, causes or prevents?” After a moment of thought, he continues: “…prevents coronavirus from spreading.” He then gleefully hits the Send button.

A moment later, the interviewer feels a buzz and checks his phone to reveal that he has gotten the message forwarded from friends and family.

The incredulous interviewer asks the individual if any of the information he sends is true. The interviewer emphatically replies, “Of course it is! It was sent on WhatsApp! How could it not be true?!”

The humor of that sketch belies a very sad truth: As a society, we believe everything we read on the Internet or see on social media. We then become so convinced of its truth that we will even passionately defend it. In psychology, this is called “belief perseverance” – when one clings to a belief even in the face of overwhelming evidence countering that belief.

The sad reality is that many, if not most, of the “facts” circulating aren’t facts at all. Rather, they are the product of individual opinions or rationalizations that may likely have little to no basis in reality.

Mark Twain famously said, “It ain’t what you don’t know that gets you into trouble. It’s what you know for sure that just ain’t so.” The most notable thing about that quote is that Mark Twain never said it, despite the fact that it’s attributed to him.

It’s possible that there has never been a time when news is more uncertain than now. There are almost no facts or statistics that aren’t debated heatedly.

It’s hard to know currently which parts of society’s response to the pandemic are based on science and medical research, and which components are the result of politics and egos. The blame game is very much in vogue these days – a game that costs lives and livelihoods. Inept leadership and double standards abound. Our time has been appropriately dubbed the era of fake news.

We, the Jewish people, are no stranger to news bias, from which we continue to suffer. The Torah community particularly is constantly “called out” and targeted blatantly and unfairly.

Is there any absolute truth left in our world?

Whenever a haftarah is read, beforehand we bless Hashem, “Who chose good prophets and was pleased with their words, which were spoken with truth.” The words of the prophets, spoken 3,000 years ago, are still as true and applicable today as when they were first uttered. Despite the fact that times and circumstances have drastically changed, the timeless messages of our prophets still speak to us. Their messages were often harsh, poignant, and condemning, but they were always said with love for their people and uncompromising dedication to the veracity of their message. They didn’t allow themselves to become intimidated or cowered. They fearlessly spoke the truth and conveyed their divinely inspired message faithfully.

Chazal explain that there were thousands of prophets during the era of prophecy. But only those prophets whose messages are timeless were recorded in the canon of Tanach and have continued to be studied and learned throughout the generations.

In a skeptical and dubious society, it is refreshing to be able to know there is one source of unabashed and unequivocal truth.

The sad truth is that many are unfamiliar with the messages of the n’viim, and may not even have a cursory appreciation for the message of the haftarah each Shabbos.

After the 9/11 attacks, I heard from great rabbinical leaders that part of our response must be to learn and study the words of Nach.

As the era of the Mashiach continues to rapidly approach, and the predictions of the Prophets continue to eerily unfold before our very eyes, it behooves us to make their words more central in our learning.

My rebbe, Rabbi Berel Wein, notes that in all works of Torah scholarship, beginning with the Gemara itself, everything is sourced and based on p’sukim. All of the classic musar works liberally quote from the words of the N’viim. In fact, those verses form the basis of their messages. Without understanding the source, one cannot fully comprehend the lesson being gleaned.

It is high time that we gave Nach the vital attention it deserves. There is one important caveat, however. Rav Shimon Schwab notes that without sufficient familiarity with the teachings and explanations of the Sages, the words and messages of the Prophets can easily be misconstrued and misunderstood. (For example, it’s well known that Christianity is based on mistaken translations of p’sukim in Sefer Yeshaya). It’s analogous to viewing stars without a telescope. One sees objects but he doesn’t really understand what he is seeing.

Today, we are blessed to have a plethora of beautiful works on Nach that explain the p’sukim according to Chazal.

In a sea of lies, bias, and mistrust, we can and must find refuge upon the island of truth, to bask in its sunshine and enjoy its refreshing air. 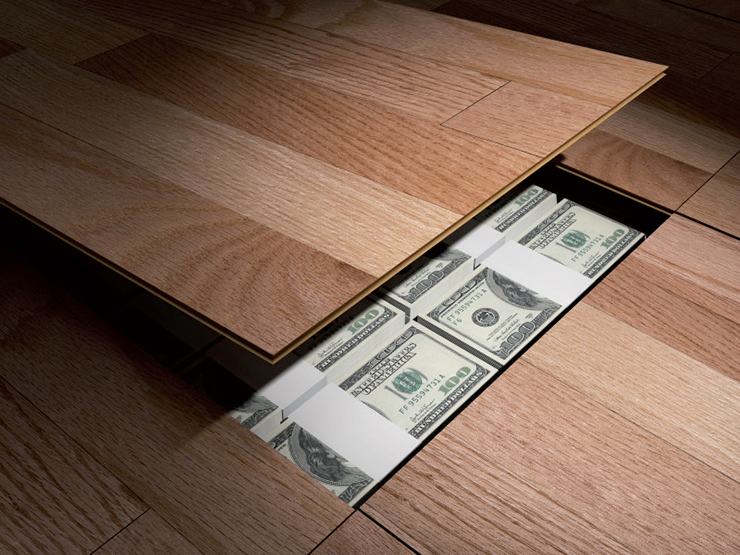