Congressman Lee Zeldin is taking on Governor Kathy Hochul, and the deep blue New York State may be under Republican leadership for the first time in decades. Hochul, who replaced disgraced Governor Andrew Cuomo, has a major advantage in registered Democrats. It is the only area in which she has an advantage over Zeldin, and that may be enough.

First, the campaigns themselves have vastly different focusses. Hochul will be focusing on abortion, guns, and January 6, three issues that Democrats believe to be nationally popular but essentially non-factors in New York. Abortion is state law, and that will not be changed unless there is a massive demographic shift in New York. Gun control laws will actually hurt her among Upstate and Long Island voters, and will not help her enough with the New York City vote because they get their laws from the City, not the State. January 6 is just not resonating with independent voters; there are too many other issues.

Contrast that with the Zeldin message: crime and the economy. Crime is up 25% on average – in some places far more. The Defund the Police movement was a wild bust, and Hochul’s first Lt. Governor (more on that in a moment) was the advocate for it in New York. Similarly, the Democrat cashless bail law is similarly a bust. Running against it led the Republicans in Nassau County to victory in 2021, when Nassau District Attorney Anne Donnelly won. When Hochul had the opportunity to make changes to the law, she demurred. Meanwhile, Zeldin promised that his first act after being sworn in as Governor will be to fire Alvin Bragg, the disastrous Manhattan DA, something he can do unilaterally, and he will do everything he can to repeal the no cash bail law, which he must do through the legislature.

Regarding the economy, wealthy New Yorkers are leaving in droves because of the disastrous tax laws in the state. While the 300,000 who left in the past few years is only a fraction of a percent of the state’s overall population, an outsized portion of those who emigrated are wealthy. According to the IRS, the collective annual income of those who left is approximately $21 billion. While it will be very difficult for anyone to convince those earners to return to New York, with a Democrat in charge it will be nearly impossible.

The second issue that the candidates have is choices of running mate. Normally, this is a non-factor, as most New Yorkers didn’t know who our Lt. Governor was until she suddenly became Governor. Now that it’s a realistic possibility in people’s minds that this position has importance, a magnifying glass will be on the candidates.

Hochul’s first choice for Lt. Governor would have been a drag on the ticket already, but his very public arrest and resignation for federal campaign finance fraud made him an anchor. His alleged crimes cast doubt on Hochul’s judgment, as he was apparently under investigation when she chose him. She did so not based on qualifications, but she wanted to appeal to the radical leftwing base with a BLM radical. Her current Lt. Governor and running mate, Antonio Delgado, was an attempt to keep her intersectional bona fides while also staying closer to the political center, but the damage was done.

On the Republican side is Alison Esposito, former NYPD officer and now the running mate for Lee Zeldin. Esposito, who has not run for office before, will bring with her the police union support. This is a key endorsement in any race but has more importance lately with the attacks on cops that have run rampant. Esposito is also incredibly talented on the stump, able to electrify a crowd with ease.

Yet still, the math is against Zeldin. There are 6.2 million registered Democrats in New York compared to 2.75 million registered Republicans. Those without Party affiliation number around 3.2 million, and Zeldin will need to win a lot of those to make it competitive. This will be a turnout election, and Republicans must be energized to vote in larger numbers than they normally do.

2021 saw some wild elections. The first one that comes to mind is the Virginia gubernatorial election where Glenn Youngkin pulled off a shocking victory. Yet just as shocking, even though he lost, was when Jack Ciattarelli almost defeated incumbent Governor Phil Murphy in New Jersey. The 2021 surprises weren’t limited to out of state. Nassau County saw the election of Bruce Blakeman as County Executive, winning that seat back for Republicans. And a write-in campaign in Buffalo put moderate Democrat Byron Brown back in the Mayor’s office over the far more progressive candidate on the ballot.

The year 2022 is shaping up to be even crazier. We’ve already seen the recall of San Francisco District Attorney Chesa Boudin and the flip of a deep-blue Texas district with the election of Mayra Flores. The incompetence of the Biden administration is paying dividends for Republicans around the country. New York can shock the world, but only if New Yorkers show up. 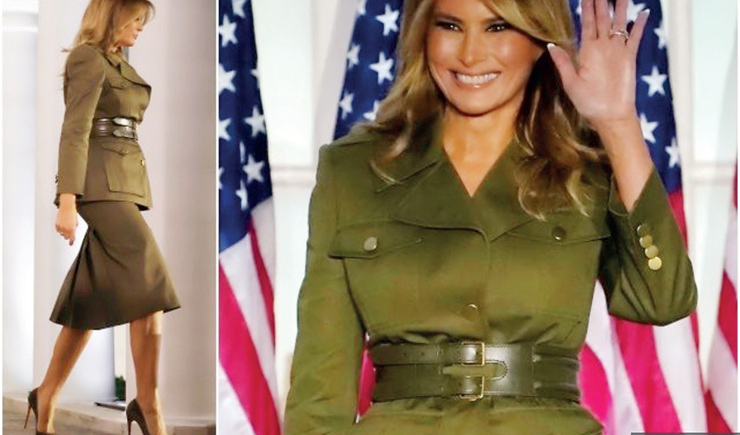