I chose the title because it’s exactly what I answered when shadchanim asked me, “Which seminary did you go to?” when I was 25, 30, 32… I know that every boy and his mother, along with girls and their mothers, have requirements, or should I say hoops, that someone must unknowingly jump through before permission is granted for one date. One hoop, ahem, I mean requirement, is that the person attend the “right seminary/yeshivah.” (I am not referring to high school or college.) It doesn’t matter that the individual is in his or her upper 20s or 30s. “Where did you learn in Israel?” will still be asked. I am not the same person I was when I was 18, and I doubt anyone out there is. Even if I attended seminary, its “brainwashing,” as people call it, would have worn off by the time I was 30! As I have said many times, people are looking for labels, not a person. “I want a girl/guy who went to “name of seminary.” She also has to be no larger than a size one / He must be the best in his class.”

This is really happening. I’ve been saying it for years. Now listen to someone else say it.

I’m 21 and graduating college in the spring with a 4.1 GPA and was accepted to an NYU graduate program. I write this right off the bat because none of that matters. One of the first questions shadchanim or wannabe shadchanim ask is, “Which seminary did you go to?” I didn’t go to seminary. Right after high school I started college.

I never wanted to go to seminary in Israel. Teachers and the principal were shocked when they heard me say it. As if I was in kindergarten, they asked if I understood that I was not taking an application, which meant I could not be accepted to seminary, which meant I would not be going to seminary. I understood. I was and am tired of telling people that I didn’t want to go. It has nothing to do with not wanting to be on my own or not being “mature,” as some people have said. I’ve gone to sleepaway camp since I was nine. Israel doesn’t teach any girl or boy how to be independent. I know how to cook, go to the store, drive, and cross the street, all without going to Israel. What about not having “one year before life starts” (what does that even mean) to immerse myself in Torah? I want to show all of them pictures my friends took of them shopping, eating, and goofing off, but any of them immersing themselves in Torah? Nope, is never included. Does it matter that I am part of the Bikur Cholim team in my neighborhood or that I attend a weekly shiur and have given a shiur myself a time or two? No.

Shadchanim are telling me and my mother that not going to seminary is a big issue and can hurt me. Why? I know plenty of people who didn’t go to seminary and are married. Did they get the bottom of the barrel man? No. They married someone who didn’t care if she attended seminary when she was 18. What mattered to them was the actual girl they were dating now.

I have gone out with plenty of men and boys. But I have also been “turned down” by a lot of boys because I did not attend seminary, at least according to the shadchan. Why should it matter?

Thank you, Devorah, for your letter.

My longtime readers know that I didn’t go to seminary in Israel (or anywhere else) and I’m married. Shadchanim also asked me why I didn’t go to Israel. I thought this was so they can report back to the boy or his mother what my “issue” was. I told them all the truth: “I didn’t want to.” Similar with you, some didn’t seem to understand the fact that I didn’t want to go to “Eretz Yisrael,” and a couple even said something to the effect of “immersing yourself in Torah” to me, too. I should have answered what you wrote: The immersion process wasn’t captured in the lifelong memories my friends speak of or show me when they take out their “Israel album.”

I didn’t care that someone I didn’t know didn’t want to date me because I didn’t go to seminary. It happened a few times, but not often. It seems to be happening to you more often, but it doesn’t sound like you’re complaining that it kept you from dating. It sounds like you are annoyed by being asked that question when people should focus on your midos, but specifically, how bright and astute you are. The first line in your letter said it all. You led off with your GPA and being accepted to NYU. That is what matters most to you, so you feel it should matter to others.

If knowing that I went to Machon or “Bnos Tselofscha,” as my brother-in-law says, makes me or anyone dateable material, then maybe they have their priorities mixed up. It’s wrong to judge someone now on decisions made years ago. What if the reason was that you couldn’t afford to go to seminary, or that you were rejected from the only school you applied to? Would those be better reasons? One is a financial issue, and the other was the school didn’t want you. Now the question is: “Why didn’t they want her?” The interrogation never ends.

I like to say that when I grow up, I want to be my oldest niece. “When I grow up, I want to be a firefighter, astronaut, teacher…” Well, I want to be my oldest niece. She has a great personality, has a great sense of style (puts together outfits I would never think of), has the busiest social life of anyone I know, and she can style a sheitel (and she isn’t even married yet). Why do I bring this up here and now? Because my niece went to “sem.” Baruch Hashem, she was accepted to her first choice. But she filled out applications to other sems, just in case. I remember when she asked me if I was able to help answer a question on one of the “top sems” application. The question: “What do Moshe Rabbeinu and Rav Moshe Feinstein have in common?” Are you kidding me? I can understand asking a Chumash or halachah question. But what does the answer tell you (or the seminary acceptance committee) about that girl – that she knows how to research or how to ask her father/brother/uncle the question so they can research it. Some of the girls I went to high school with attended that particular seminary and my niece had a friend who) and went there. But, I’ve still yet to learn the answer.

“One year before life starts” – I have heard that too. I understand what you mean: that you have been living life up until that point. The phrase references before you begin living an adult life with all the responsibilities that come with it. This is your last chance to be free. Some people take a year off before college or “backpack through Europe.” I guess “us Jewish parents” pay tens of thousands of dollars to a school overseas that doesn’t provide meals or allow girls to stay in for a Shabbos. (Just saying)

If you went or are planning on going to seminary/yeshivah, that’s great. I hope you have an amazing year. If you didn’t or don’t want to go, that’s fine, too. You do what’s right for you. Now comes the part where I type: I don’t want to offend anyone (girls specifically). But unless you are serious about your Hebrew studies and will continue them when you come back to America, why are seminaries focusing on questions like the one about Moshe Rabbeinu and Rav Feinstein? Go ahead and teach Chumash or halachah, but maybe along with teaching girls about what g’dolim have in common, they can also teach girls skills that can help them in life, such as how to balance a family budget, multi-tasking, taking care of her family home while working full time, etc. Don’t laugh; some girls get married months after returning from Israel and are clueless about running their own home – and life.

I don’t have any great words of wisdom or any stinging one-liners for this one, Devorah. The seminary question will still come, as will “What color tablecloth does the family have on their Shabbos table?” and other ridiculous questions that have been asked for decades that tell the one asking the question absolutely nothing about the person they are inquiring about. These boys and mothers and shadchanim can go ahead and pass on you, but that would be their loss. Do you really want to date someone who cares that much about labels or schools you went to years ago? If you say, “yes,” then I’m sorry, but you can’t do anything to please them. If you don’t care what they think and love the person you are, without having gone to seminary, then you go live your best life and pity those who are concerned about things indicate nothing of the person they are asking of. 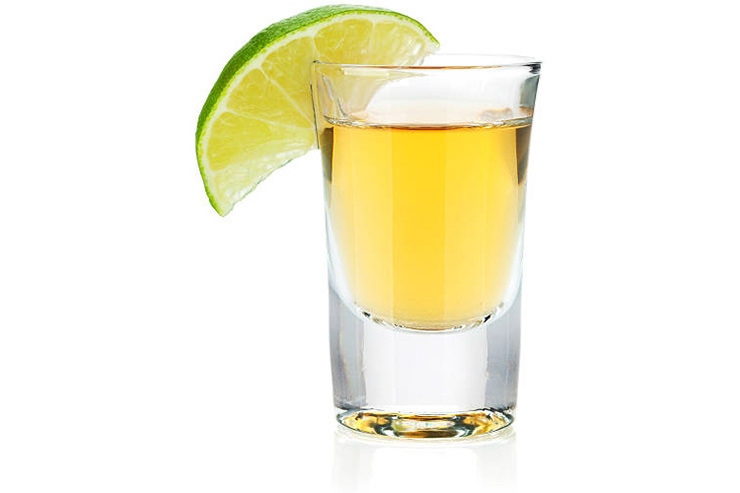