On March 23, Israel held a multi-party election. With no party having won a majority, both Benjamin Netanyahu and Yair Lapid are reaching out to the other parties to try to put together a governing coalition. In the end, it will be up to also-ran politicians like Benny Gantz, Naftali Bennett, and Gideon Saar to determine who the next Prime Minister will be or whether there will be yet another election, the fifth in two years. Based on past experience, the decisions of the also-rans will be made based on their personal and political interests rather than the good of the country or even the people who voted for them.

On Tuesday, June 22, there will be a primary election in New York City with the future of the Jewish community very much at stake. There will be a series of multi-candidate races for Mayor, Comptroller, Borough President, and City Council. But here, the people who voted in the election will decide who will win the majority and represent us. This will happen through the new system of ranked choice voting.

The people elected on June 22 will make the decisions that will impact the safety of our streets, support for our institutions, and even the security of Israel. There are outstanding candidates with strong records of support for the Jewish community. There are others who are far from ideal yet are clearly better than some of their opponents. And there are some who are hostile to our community and our interests. With the stakes so high, we must participate in the election in an informed and effective way.

If you are not yet registered to vote, you can still enroll until May 28. To obtain the application to register by mail or to register online go to https://vote.nyc/page/register-vote.

The new system of ranked choice voting will dramatically change the nature of primaries. Under the old system, whoever finished first in a crowded field won the primary. A candidate could win a five-way race with 25% of the vote, even though he/she was totally unacceptable to the other 75% of the voters. With ranked choice voting, we can vote for up to five candidates, ranking them from one to five. If your first choice runs behind, your vote will be reallocated to your next choice. When a candidate receives a majority of the vote, he/she wins the primary. With this system, we can give our number one ranking to the candidate who best represents our values, while giving lower rankings to those who are not ideal but are better than their opponents.

It is critical that we understand how the ranked choice voting system works and how we can use it effectively. I hope to weigh in on several of the races between now and Primary Day, but for now I will focus on the race for Borough President.

In last year’s primary to fill the vacancy in the Borough President’s office, I enthusiastically backed Donovan Richards, who won. Many people in our community supported Elizabeth Crowley, who placed second. Both are running in this year’s primary for a full term as Borough President. There is also a third major candidate. Councilmember Jimmy Van Bramer takes pride in being the first Queens elected official to have endorsed Tiffany Cabán for District Attorney. In the recent special election in the 24th Council District, he endorsed Moumita Ahmed, who once tweeted a Star of David banner draped over a baby with a bullet hole in its head and the words “Israel’s gift to the world: orphaned children, bombs, killing. Please boycott Israel.” Richards and Crowley are both friends of our community. The election of Van Bramer would be a major triumph for the woke left. It is critical that Richards supporters vote for Crowley as their second choice and for Crowley supporters to vote for Richards as their second choice.

In order to effectively use the ranked choice voting system, we need to educate ourselves about all the candidates. This can be difficult. Candidates will usually promote themselves with statements about how they plan to fight for “safe neighborhoods” and “quality education for all.” These statements can mean different things to different people. We may think advocating for “safe neighborhoods” means supporting our police. But some people believe that the police are the greatest threat to their safety. To them, “safe neighborhoods” requires “defunding the police.” To us, “quality education for all” means supporting our yeshivos and other alternatives to the public schools. To others it means opposing any type of assistance to “exclusionary” schools and supporting only the “inclusionary” public schools. We need to look past the feel-good slogans and see where candidates really stand on the issues that are important to us.

One way to determine where candidates really stand is to look at whom they have supported and who is supporting them. Here, too, we need to be careful. A candidate in my district is distributing literature touting her support from The Jewish Vote. Do not be misled. This group supported and defended Moumita Ahmed during the Special Election in the 24th District and openly supports BDS and “justice” for the Palestinians. Support for a candidate from groups like the Working Families Party, Justice Democrats, Democratic Socialists of America, or The Jewish Vote should be a red flag. It means that the candidate is aligned with the Bernie Sanders, AOC, woke wing of the Democratic Party.

The anti-Israel progressive left is working to gain control of the Democratic Party as a first step towards winning control of the country. Our neighborhoods have become ground zero in that effort. If we wait until the General Election to stop them, we will have already lost. We need to engage in the battle where it is actually being fought. The Democratic Primary on June 22 will determine who will represent us in City Hall for the next four years. The vital interests of our community are at stake and we cannot afford to sit on the sidelines. No matter how we voted last November or how we plan to vote this November, we all need to cast an informed and effective vote in the Democratic Primary on Tuesday, June 22. 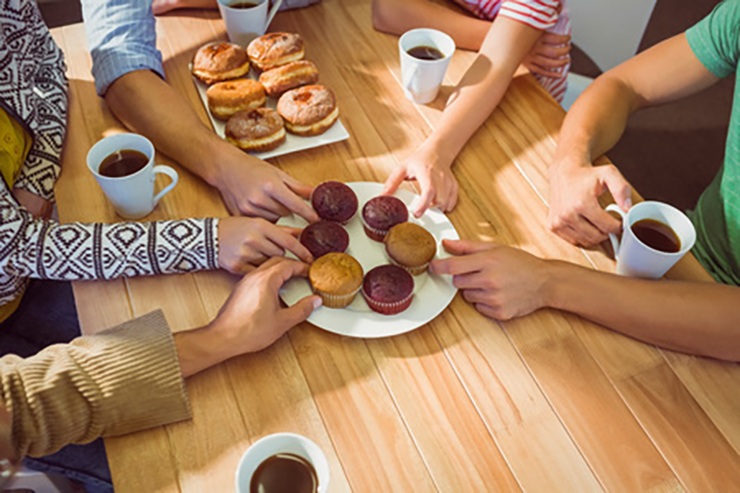