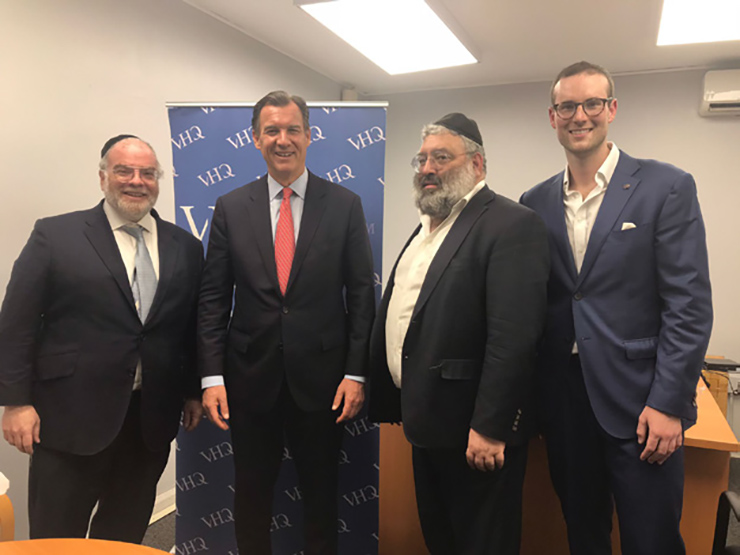 A walk along Main Street in Kew Gardens Hills has become the right of passage for elected officials in the State and City of New York. This past Tuesday afternoon, June 21, Congress Member Tom Suozzi, a commonsense Democrat in the race for governor, visited the neighborhood. His tour began at the Met Council / Chazaq Lev Aharon Community Food Pantry, where Suozzi spoke to the neediest of our community to hear their concerns. “Everything I’ve done in my career has prepared me for the job of Governor of New York,” related Suozzi. “I have a heart for the people and the skills to do the job. While touring the pantry, Suozzi received a phone call informing him that The Jewish Press was formally endorsing his race for governor. I first met Rep. Suozzi at Assembly Member David Weprin’s kickoff event held in New York City earlier this year. It was then that he captivated an audience with his commonsense approach to leadership in New York State and announced his run for governor just days later. 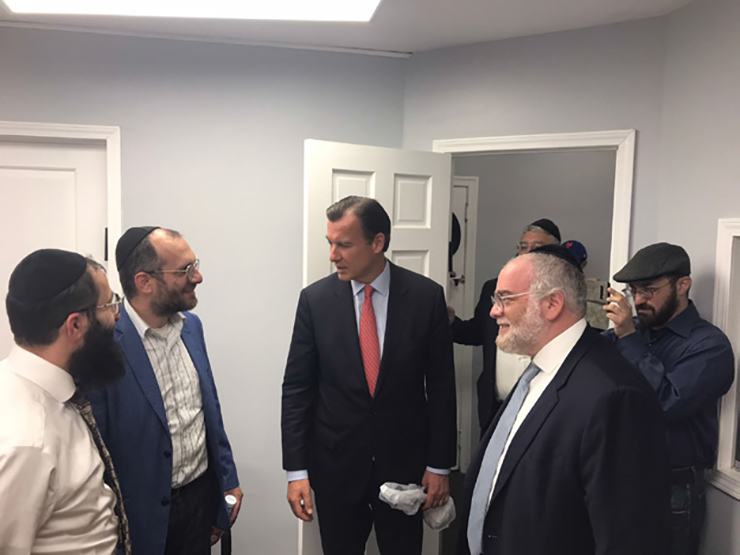 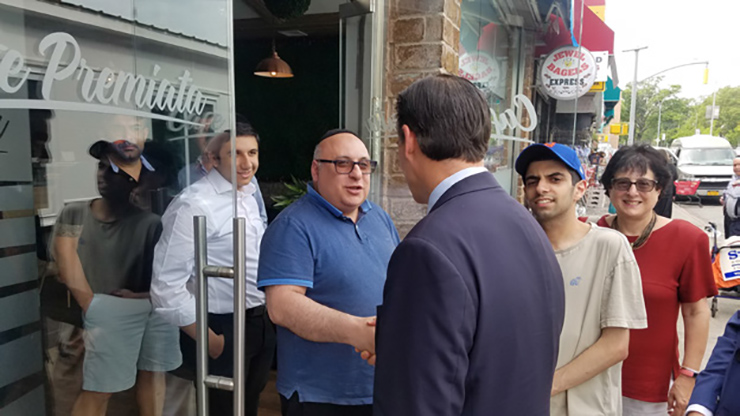 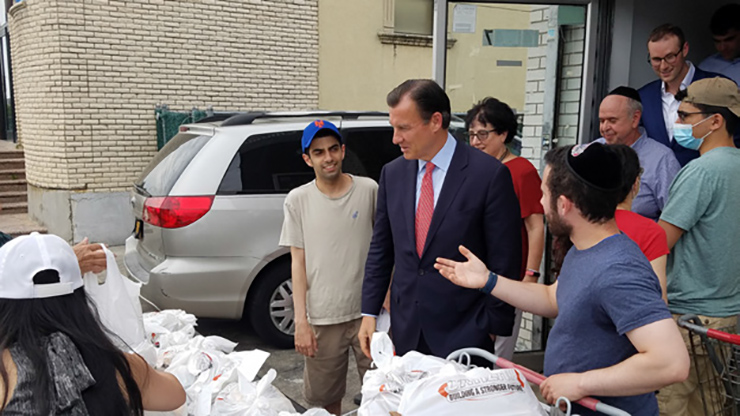 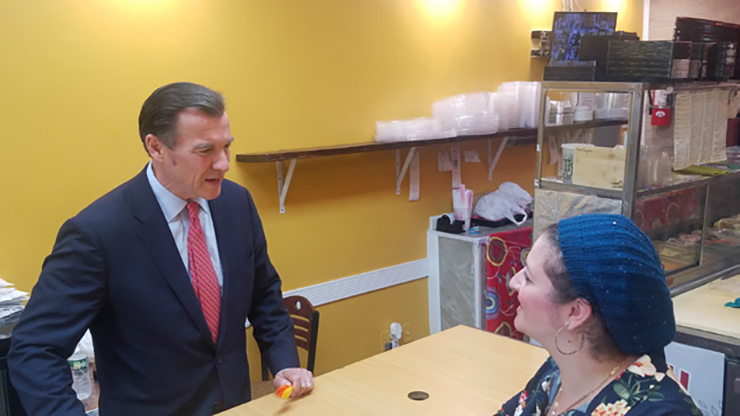 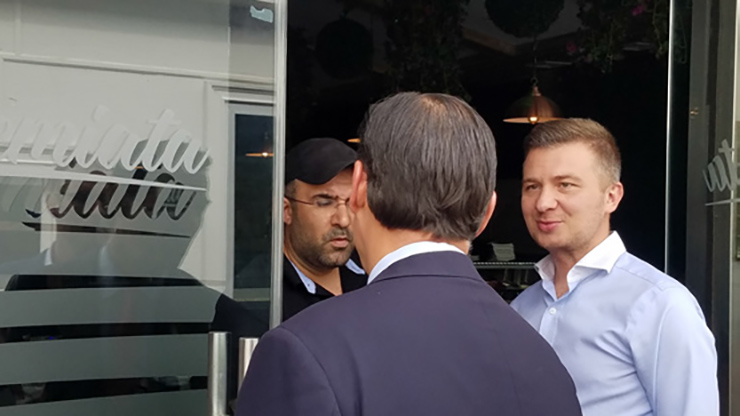 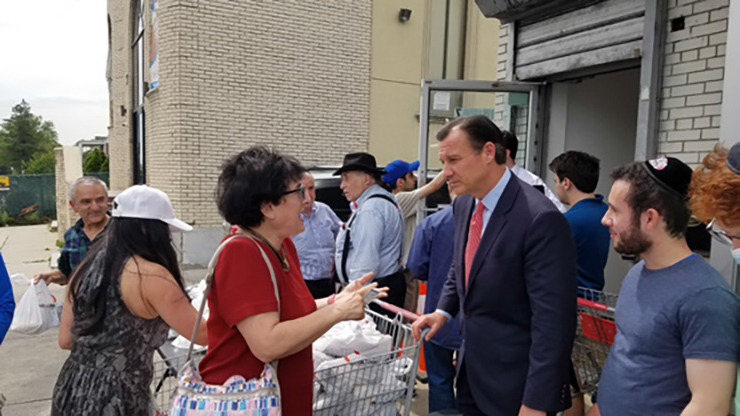 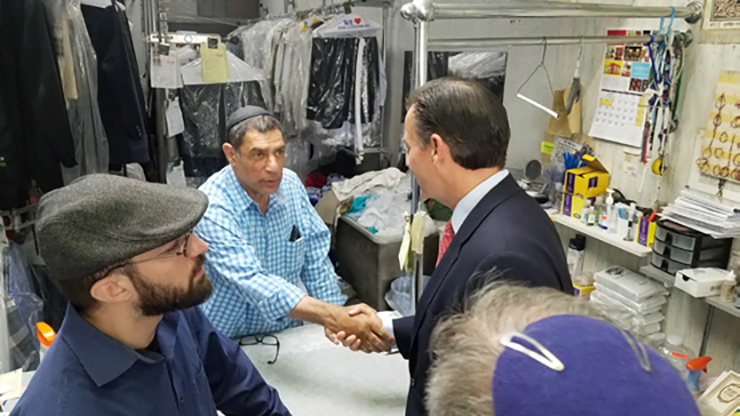 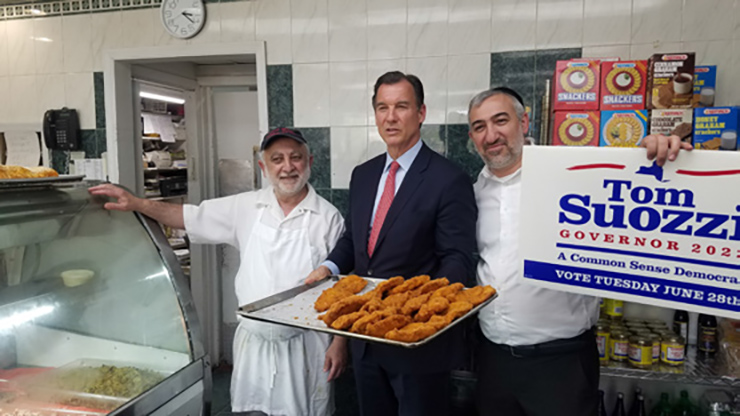 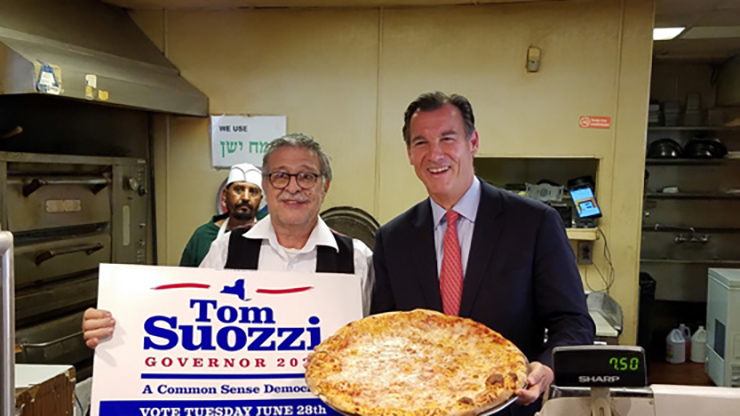 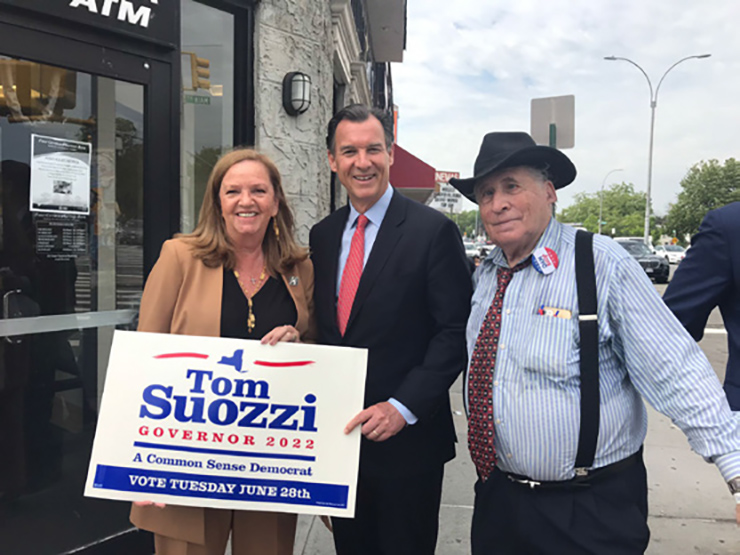 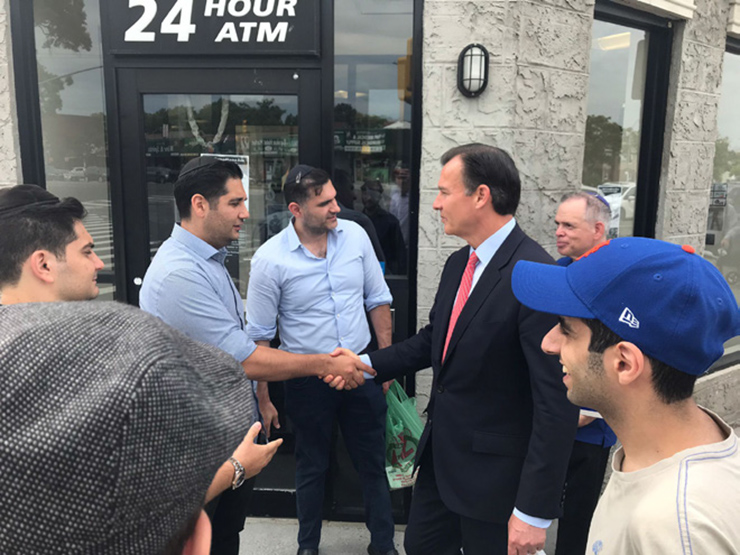 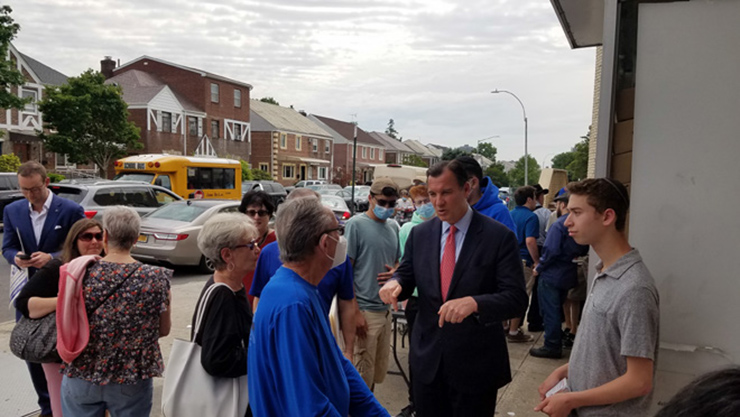 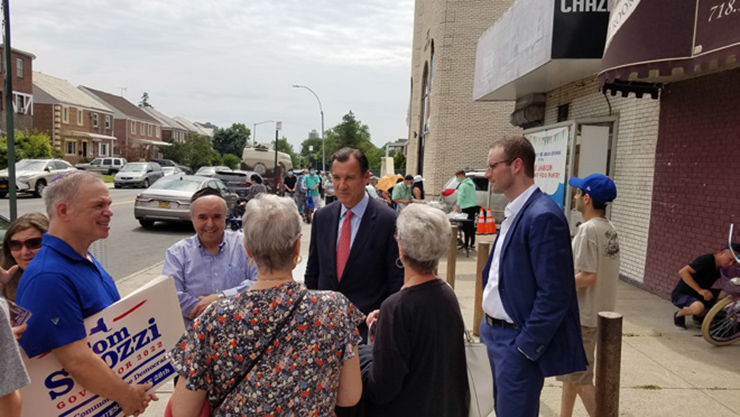 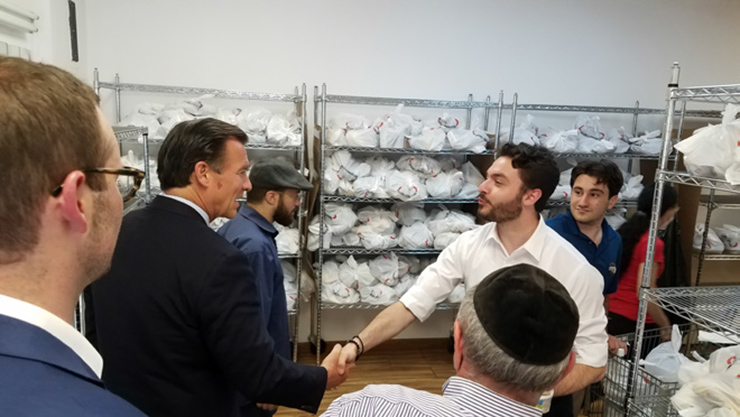 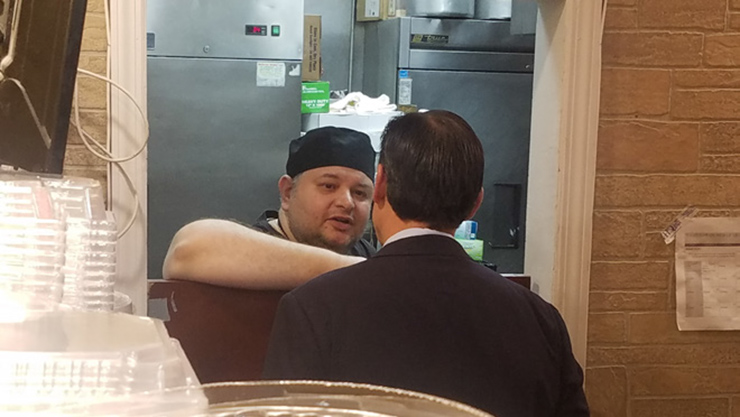 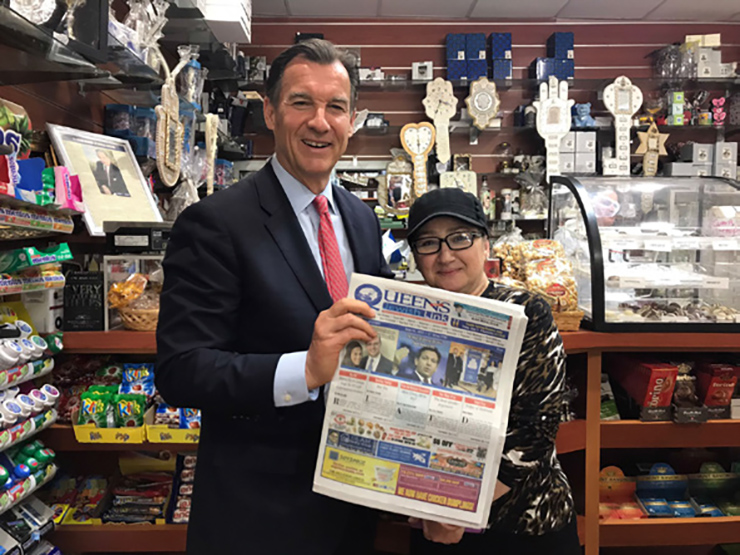 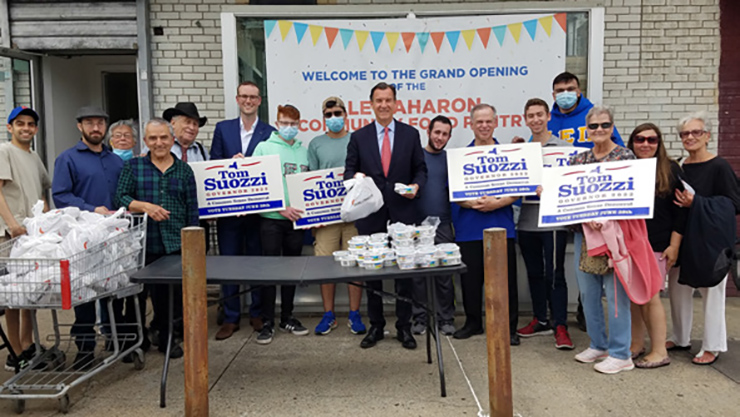 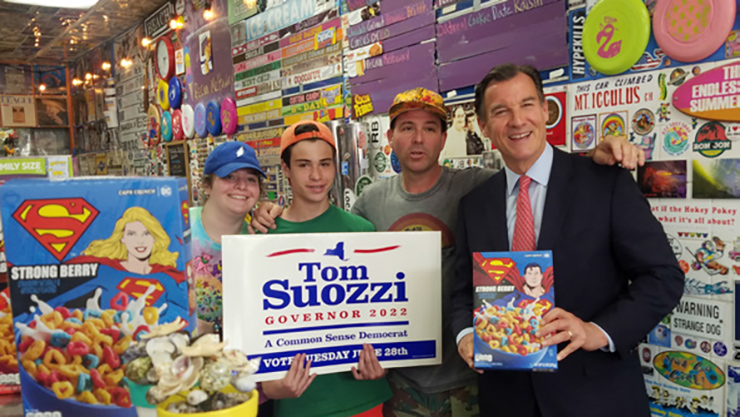 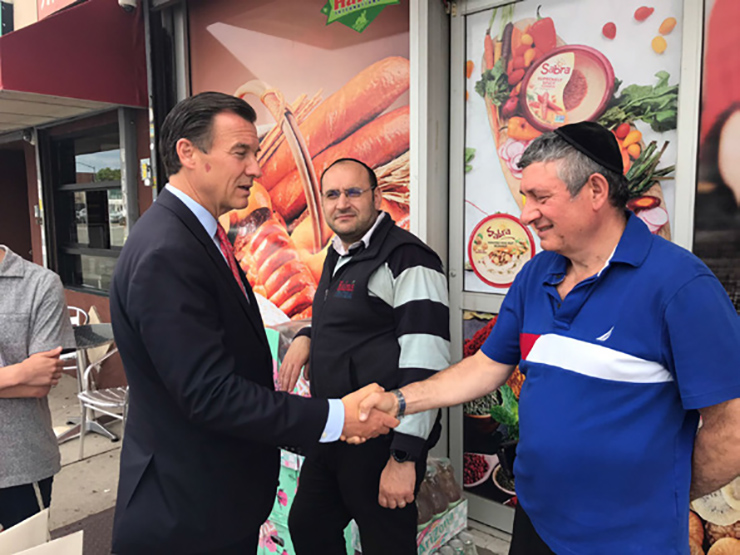 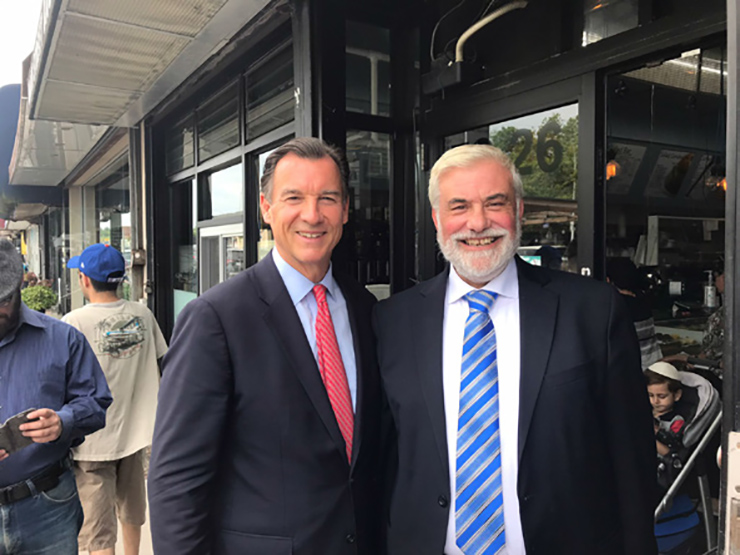 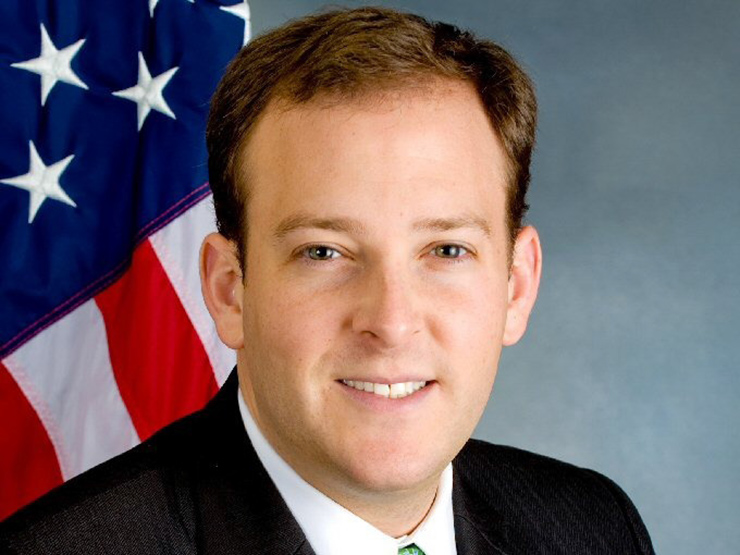 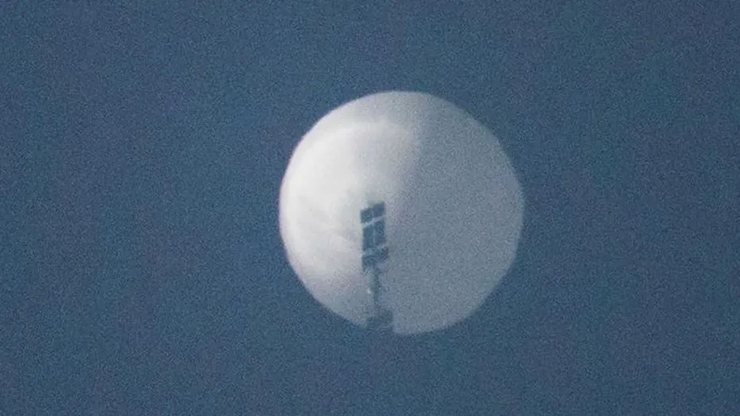