The eighth grade STEM class at the Bais Yaakov Academy of Queens started the year exploring the engineering design process. Students began with the “Spaghetti Marshmallow Challenge,” a team-building activity in which they were to design and build a tower out of 20 pieces of spaghetti and one meter of tape that could support one marshmallow. The girls were amazed at how a seemingly light, fluffy marshmallow could tip the balance necessary for their designs to stand.

After experimenting with different bases, the class came to the conclusion that triangular designs are most stable. Then they were able to compare their designs using a given formula that calculated height vs. materials used. 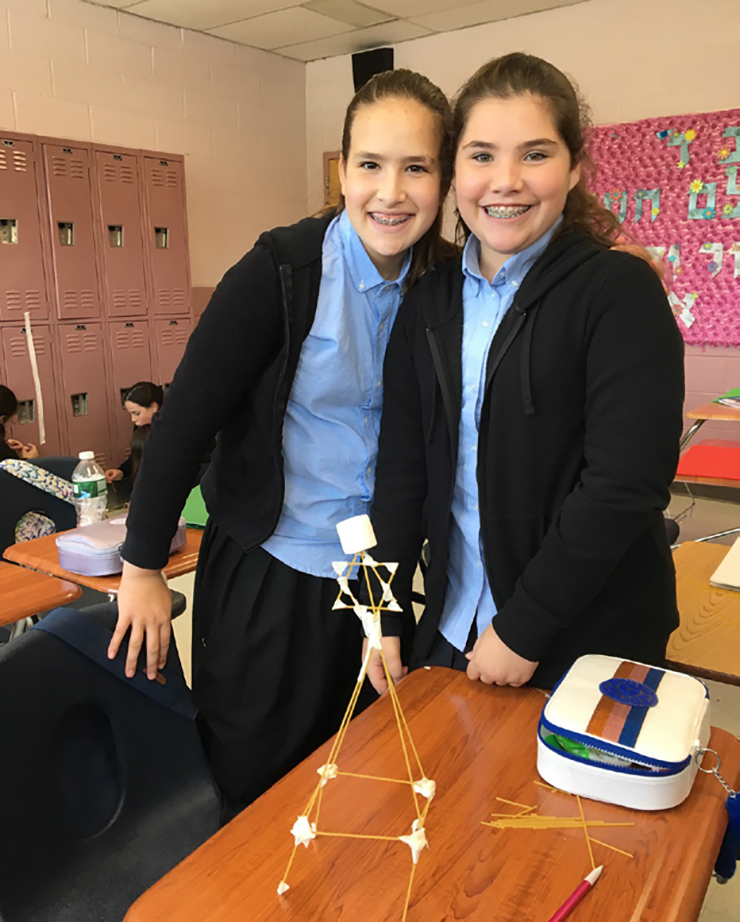 As they progressed in their utilization of the design process, students used what they learned about structural stability to build towers out of newspaper and tape that reached the ceiling! They began to feel as though they were engineers, as they detected weaknesses in their designs and worked to strengthen those areas. This led the class to a discussion of materials best suited to building stable, strong structures. The class analyzed the connection of the classic fairytale, “Three Little Pigs,” to materials engineering. They all agreed that the story would have been different if a materials-engineering expert was consulted before the straw and wood houses were built.

Materials engineering then became the springboard for their discussion of “what makes up the world around us” and their unit on chemistry. The students are looking forward to testing materials for hydrophobicity (the physical property of a molecule that is seemingly repelled from a mass of water) and even looking at samples of wool and linen under a microscope to detect possible shaatnez in fabrics.