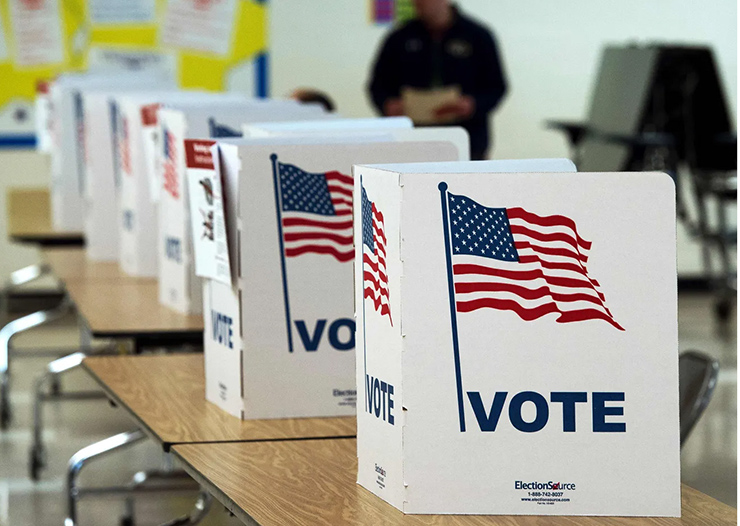 What does it mean to be a New Yorker and have a say in its elections? According to a bill passed by the City Council last Thursday, December 9, only 30 days of residency is needed to allow an individual to register as a voter in local elections. “In a time where many states are passing voter suppression laws like we haven’t seen since the Jim Crow era, New York City must be seen as a shining example for other progressive cities to follow,” said upper Manhattan Councilman Ydanis Rodriguez, the sponsor of the bill.

Billed on social media as #OurCityOurVote, it seeks to enfranchise some 800,000 city residents to vote in elections for city offices and ballot measures. Rodriguez and the other 35 cosponsors argue that individuals with green cards and work authorizations contribute to the city’s economy and receive services such as public schools without the ability to elect representatives who determine the policies affecting them.

They also note that their effort to enfranchise noncitizens is a rebuke to Republican lawmakers across the country who seek to strengthen voter ID laws and reduce the number of immigrants seeking asylum. “While other jurisdictions are suppressing voter participation, here in New York City we are expanding voter rights,” said City Council Speaker Corey Johnson. “This City Council is committed to uplifting our immigrant communities and giving them a voice in our local elections.” 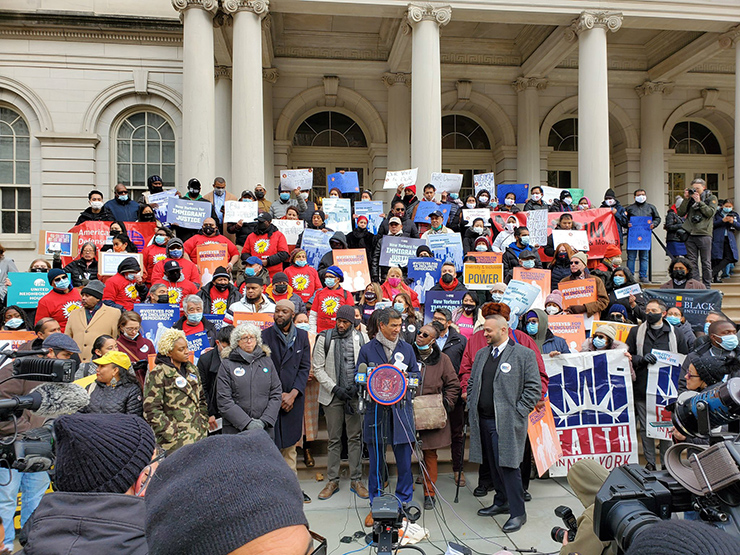 Throughout his tenure as mayor, Bill de Blasio opposed the legislation, not on its merits, but on the argument that state lawmakers have the power to decide voting laws and that it would discourage immigrants from pursuing citizenship. With less than a month remaining in office, he did not veto the bill, which passed with enough votes to override his objections. Incoming mayor Eric Adams expressed support for the measure.

Among those who voted against the enfranchisement of noncitizens were the Council’s four Republicans, and term-limited local incumbents Paul Vallone, Barry Grodenchik, and Karen Koslowitz. Among the Councilmembers who will be returning to office in 2022, Jim Gennaro and Bob Holden also voted against the measure.

Outspoken Queens supporters of the bill include Jimmy Van Bramer, Daniel Dromm, and the recently sworn-in Tiffany Cabán. The majority of the lawmakers on both sides of this vote are lame ducks, which brought up the argument that the vote was not representative of the public.

“If the proponents of non-citizen voting want to make this change, they should put it on the ballot for voters in 2021 as a referendum as other charter changes have been,” outgoing Staten Island Councilman Joe Borelli tweeted. “This seems like a play to change the election map for the next city races and devalues New York citizens’ vote in the process.”

Inna Vernikov, who was recently sworn in as the Republican Councilwoman for southern Brooklyn, argued that it would dilute the value of citizenship and the voices of citizen voters.

“Voting is a right exclusive to citizens; handing out that right like candy is a slap in the face to those who have fought to live the American Dream,” she wrote. “As an immigrant myself, I understand that this bill isn’t about expanding rights – it’s about expanding Democratic power in this city.”

Her party colleague Vito Fossella, who will be taking office in January as the Staten Island Borough President, promised to file a legal challenge to prevent noncitizen voting. Set to take effect in 2023, registered noncitizen voters would have a separate ballot at their poll sites that would allow them to vote for citywide, borough, and council seats, but not state and federal offices.

There is a popular myth that citizens who vote are more likely to end up serving on juries, a civic duty that is also an inconvenience. Should the new law survive legal challenges, there will be a class of people who will be able to decide the city’s future without the responsibilities of serving in its legal system or swearing allegiance to this nation.