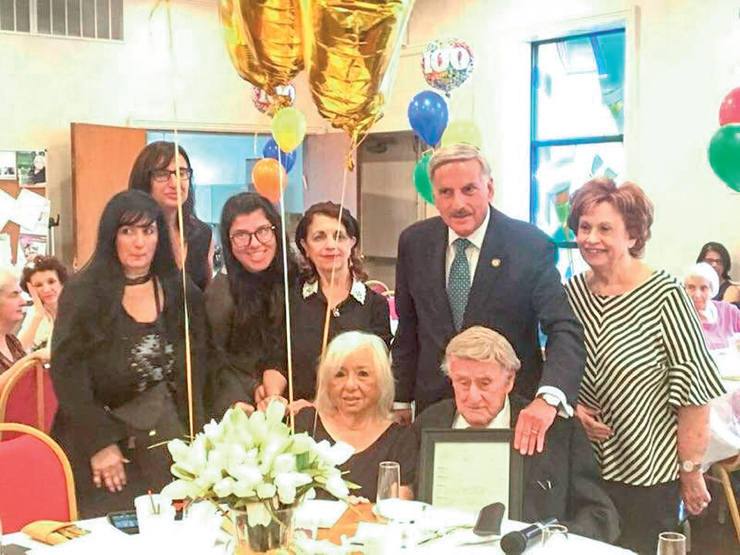 At the age of 95, Dr. Schwartz took up playing bridge at his local JASA senior center. It was there he met and soon married his bridge partner Marlene Wadler, 86, his second wife.

Dr. Schwartz was Chief of the Clinic of Arthritis and Rheumatism at Bellevue Hospital for more than 30 years.  He became the first Chairman of Rheumatology at Long Island Jewish Hospital. He built Hillcrest General Hospital and was
Chief of Medicine until it was sold 25 years later.

He continued to lecture (and drive) well into his 90s and still stays up to date with cutting-edge medical research and journals.

He is also a trophied golfer, tennis player, and swimmer, as well as an accomplished artist and collector of Belleek China.

He earned a degree from Rensselaer Polytechnic Institute and continued on to NYU School of Medicine where he became a Professor of Clinical Medicine and a fellow of the Academy of Internal Medicine.