Remembering the Holocaust takes on critical importance as the years pass and survivors are no longer with us to share their first-hand accounts. At Emet Outreach, Holocaust education is an essential part of ensuring Jewish continuity. Thirty-seven Emet students joined Rabbi Mordechai Kraft, Dr Peryl Agishtein, and Ms. Chaya Rosenbaum on a life-changing trip to historical Jewish sites in Poland and Prague. The itinerary included emotional and thought-provoking visits to concentration camps, mass graves, synagogues, and yeshivos. This trip, Emet’s first of two for this summer, is a culmination of a year of learning about Judaism and spending Shabbos with Emet.

In order to be eligible for the trip, students attended two semesters of Fellowship classes on one of several campuses. Emet Fellowships are run by Rabbi Kraft, Emet’s Educational Director, in conjunction with other Emet educators. “We don’t just view this as a history lesson. Students are discovering what it means to be a Jew,” said Rabbi Kraft. “We give them a full-year learning experience to engage them both in the history of Jewish life, and the great rabbis and thinkers who still influence our lives today.” 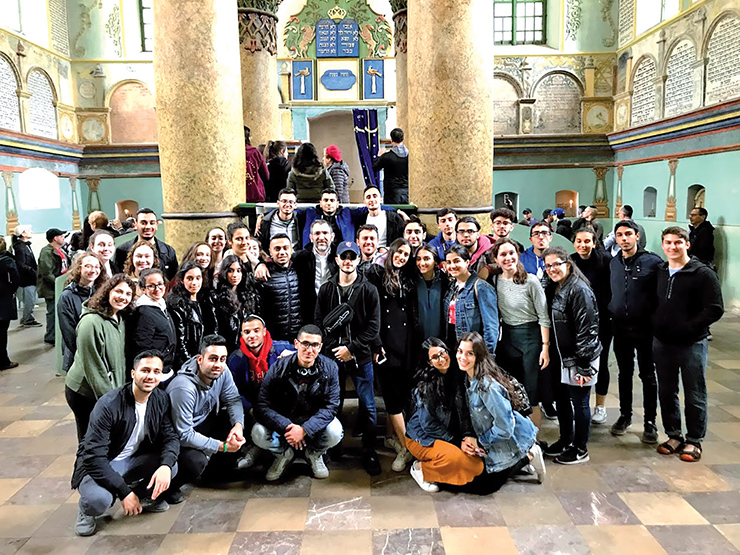 The following are personal student accounts from members of the group, as they bear witness and help us to “never forget”:

Amanda Thomas, Stony Brook University – “I have always seen pictures from the Holocaust and the death camps, but photographs do not even come close to capturing the immensity of places like Majdanek and Auschwitz. It is one thing to look at a photograph, but another to stand in the exact spot where hundreds of thousands of innocent people were murdered – just for being Jewish. This experience was trying, but it was an extremely important journey for me, and I learned a lot about how strong the Jewish nation is. There is nothing more liberating than walking out of the ghettos, cemeteries, labor camps, and death camps as a future generation of the people the Nazis attempted to exterminate. This trip was such a crucial element in contributing to my religious identity, and it has made me incredibly proud to be Jewish.”

Abraham Fuzaylov, St. John’s University – “My favorite part of the trip was when we were singing “Am Yisrael Chai” in Auschwitz-Birkenau. It was a very powerful moment. Singing was a big part of my experience, because it lifted our spirits even in the most depressing setting. When we sang together, it really brought unity amongst us.”

Natalie Borukhov, St. John’s University – “I have known about the atrocities of the Holocaust for 19 years of my life, and I finally had the chance to see what my people went through. As I entered through Auschwitz with the slogan “Arbeit macht frei” above me, it settled into my mind that people were coming here not too long ago, unaware of what was to happen next. Decades later, Emet gave me the opportunity to hear the stories of the victims that were never heard, and reiterated that the Jewish nation is only getting stronger. Although this trip was a week long, the memory is a lifetime.” 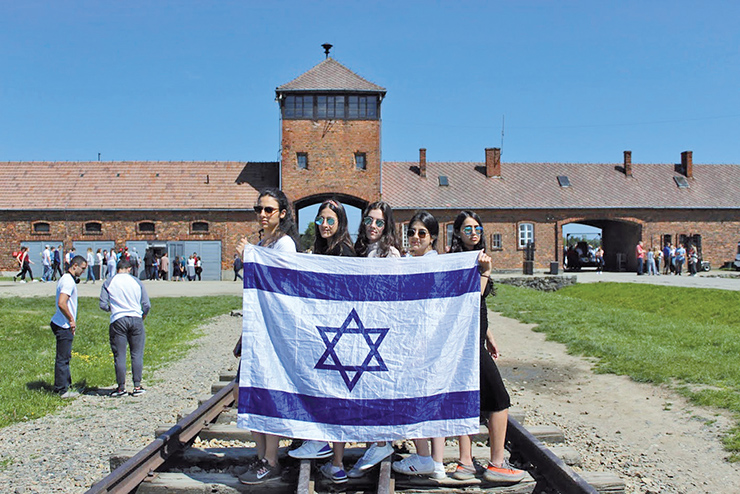 Ben Musheyev, St. John’s University – “The most meaningful part of the trip was being in the children’s forest and hearing the emotional story – being together and crying under the rain. I left with hope that we are still alive.”

Esther Borukhova, St. John’s University – “I would definitely encourage each and every person to go on this trip and to try to learn something new and at the same time get closer to Judaism. This was a great experience for me, despite the fact that some of it involved crying; but it made everyone realize a lot of things about life.”

Jonathan Iskiyayev, Baruch College – “My overall feeling about this trip is that it was amazing. I’ve learned a lot about Jewish history in the Holocaust and it helped me understand more about being a Jew. It was very intense at times, but that’s what made it so great.” 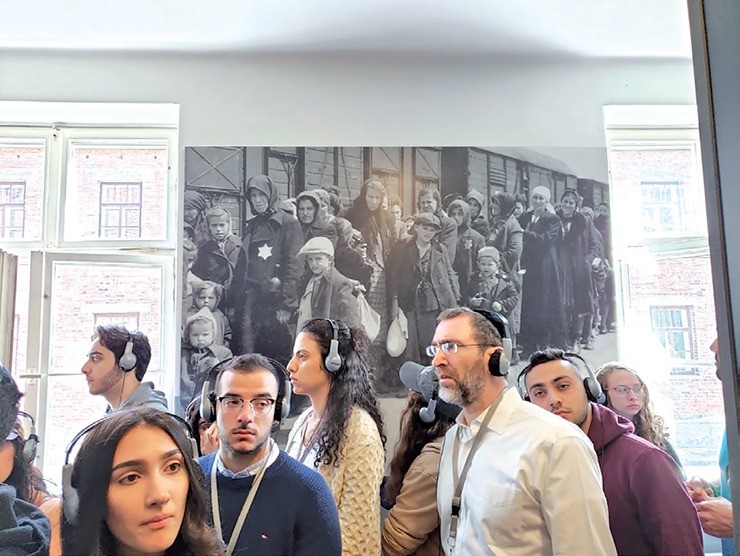 Josephine Ilyayev, St. John’s University – “Traveling to Poland this summer has made me value being Jewish so much more than I could have ever imagined. There were two questions that kept running through my mind during the entire trip: How can people be so cruel and inhumane, and would I be able to survive these harsh conditions? What struck me the most was the fact that numerous Jewish children and babies were murdered in the Zbylitowska Gora Forest. This trip made me feel disgusted in humanity, but the amazing thing is that even through such a dark time, there were people who were angels and lit up the darkness. That gives me hope in humanity, as well as in my future.”