Details
By Esther and Jacob Schlanger

Tamar wanted a fairy tale wedding.  The beautiful flowing white dress, the big wedding cake, the simcha dancing.  A shiny part of that dream was a stretch limo to take them home at the end of the night.  So we hired the fanciest stretch limo we could find to drive Tamar and Chaim at the end of the wedding to their new, supervised residence apartment.  This was a night we never dreamed would happen for our daughter with Down Syndrome.

When Tamar was born, we had to make peace with the knowledge that her life would be filled with limitations, but we were determined to give her the best, most normal life possible.  She never left the house without a stylish, beautiful outfit---and we brought her everywhere with us.  We were not going to hide her, or be ashamed.  It took a while for people to act normally around a child with Downs; at first people would pretend they didn’t notice her.  But soon enough, taking their cues from us and reacting to Tamar’s infectious smiles, the people in our neighborhood stores came to realize that they could appreciate an adorable little girl without being intimidated by her diagnosis. 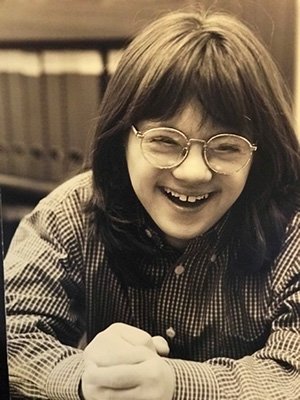 Tamar started at SINAI Schools when she was just 9 years old.  There, over the years, her teachers helped her develop the skills she would need for life.  We fondly remember “Miss Emma” Gurvich patiently teaching her how to count, use money, learn the concept of buying what you need at the store and getting the right change.  Equally important were the non-academic skills her teachers and therapists worked on with her: how to regulate her emotions; how to communicate her wants and needs more clearly; how to compromise.

As she got older, they focused more and more on the skills Tamar would need as an adult.  In high school, she learned how to cross the street safely, how to chop vegetables and be safe in the kitchen, how to ask for what she needed in a store.  And a big part of her high school education involved vocational preparedness, where she spent time in different jobs—working as a teacher’s assistant, as an office clerk at a local shul, as an assistant at Yavneh Academy in their kitchen and cafeteria, all where she was a valued “employee.”  These experiences gave her self-confidence and made her feel appreciated.  They made her feel like a significant, productive person.

So it was intensely painful for us when, as she became a young adult, she started to ask us, “When will I get married?  Who will I marry?”

Our response was to quickly change the subject.  We wondered if we hadn’t gone overboard in assuring her that she could do anything she wanted to do.  As much as we believed in our daughter, we simply didn’t think that marriage would ever be possible.  When we went to other weddings and the parents would dance the mezinka---the traditional dance to celebrate marrying off your last child---we would look on with some wistfulness; this was not going to happen for us.  For all of her growing independence as a young woman, marriage did not seem to be a realistic option.

We were taken completely by surprise when we learned that there was something brewing between her and Chaim, a young man the same age as she who also has special needs.  Even more surprising was the discovery that they both had been at SINAI at the same time, he at the boys’ high school at TABC when she was at the girls’ high school at Ma’ayanot.  They didn’t really remember each other much from their teen years, but now in their late 20’s they attended the same Yachad DayHab program, where a spark began to grow.

They began to ask to be allowed to date.  Our initial reaction was “absolutely not!”  Where could dating possibly lead?  Marriage between two people with their limitations would be far too complicated, and our vision of her pain and frustration when it didn’t work out was too much to bear.

At the urging of the social worker at their DayHab program, who felt their relationship really had a chance, we met with Chaim’s parents.  A match like this can only work with intense investment in it on the part of all of the parents---and the Goldmans are the perfect machatonim for this shidduch.  They shared the same sense of bewildered disbelief at what was happening between our children, the same anxieties over the future.  They confided in us how, after Chaim’s Bar Mitzvah, they had said to one another, “Well, that was the big simcha in his life, that’s it.”  We completely related. 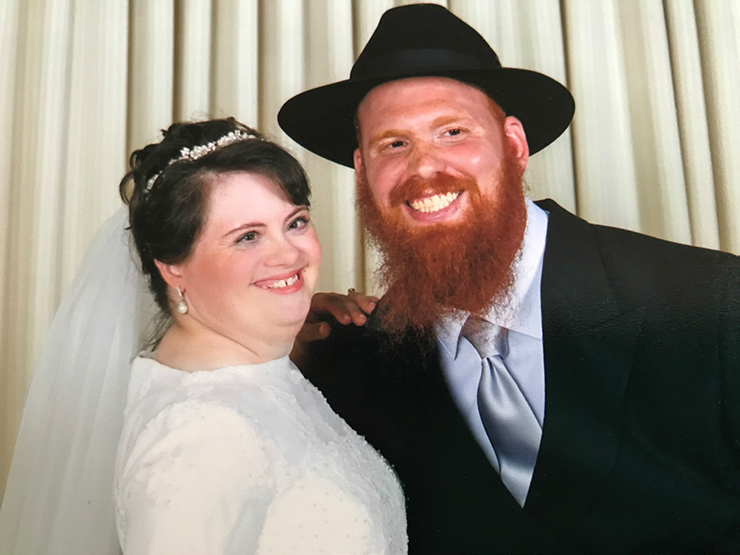 The more time they spent together, the more Chaim and Tamar fell in love---just like any other young man and woman might---and the more they really wanted to be together all the time.   Slowly we began to realize that perhaps we were doing our daughter a disservice, that we owed it to our children to give them the opportunity for happiness and a life together.

There is a reason that fairy tales end at the point where the princess and her prince fall in love and live happily ever after.  In reality, marriage is hard work for everyone, and especially so for a couple with special needs.  All of the skills they had both learned at SINAI about communication, empathy, and compromise had to be sharpened and practiced intensely before we felt they could get married.  Throughout the process and even to this day, HASC, which manages the supervised apartment where Tamar and Chaim now live together, has continued to provide them with marital counseling tailored to their unique situation, and both we and the Goldmans are actively involved.

The day of the wedding was joyous and intensely emotional.  It was a celebration of the union of two special individuals, but it also belonged to all the people who had enabled Tamar and Chaim to arrive at that day: teachers, aides, therapists and social workers; friends, numerous volunteers and organizations.  Surrounded by this village of people who had loved, supported and educated them towards this momentous day, we were overwhelmed with the actualization of Tamar’s dream to be able to live the lifestyle that is standard for young people in the Jewish community: marriage to the person we love and choose to be with.  SINAI was a very substantial step in her journey, and a very important step in Chaim’s journey as well.

While Chaim and Tamar will never be truly independent, they are able to experience the joys and challenges of sharing their lives with a partner.  We never envisioned this possibility for Tamar, but their marriage is a constant reminder to us that individuals with special needs can lead as rich emotional lives as anyone else.  As we watched them drive off that night in their white stretch limo, we felt blessed to see the realization of our daughter’s dream to live life as everyone else does, together with the husband she loves, and who loves her back just as much.

Esther and Jacob Schlanger live in Teaneck, NJ, and are the proud parents of Tamar, who was at SINAI from age 9 through her early adulthood.  They are deeply grateful to SINAI, and the entire village of people who made it possible for Tamar and Chaim to live their dream of a life together, especially their outstanding machatonim, Tzirl and Shmuel Goldman. Support SINAI’s Annual Campaign at www.sinaistories.org.