According to the JTA, an Israeli fashion model said that she was denied a job offer from a Lebanon-born French designer because of her nationality. 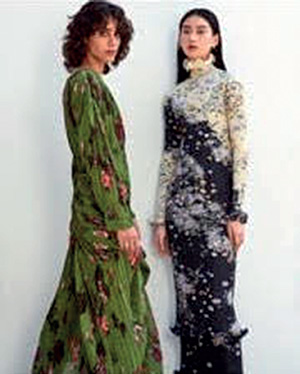 Last week, Arbel Kynan told Israeli fashion magazine AT that Maison Rabih Kayrouz canceled an event that she would have been a part of during Paris Fashion Week. To be clear, she was supposed to model the designer’s clothes in the haute couture portion of his runway show.

The season of Paris Fashion Week, which kicked off in earnest with Virgil Abloh’s Off-White, Louis Vuitton, and Balenciaga, is followed by a who’s who of celebrity audiences and industry parties.

Kynan wrote in Hebrew to her nearly 30,000 followers on Instagram, “A few days ago I arrived in Paris to be photographed at a very reputable fashion company that is also taking part in the Haute Couture Fashion Week. Even before I arrived in Paris, they said they would be happy for me to take part in the show as well.”

“They asked me where I was from, and, of course, I answered with a big smile that I was from Tel Aviv,” Kynan wrote. “A few days passed…and just an hour ago I received an email from my agency stating that the client is Lebanese and he does not want me to take part in the show because I live in Tel Aviv, Israel - this is the content of the email I received.”

Let’s examine the designer who thought that having an Israeli model walk his runway was improper. Kayrouz fled Lebanon to Paris following Lebanon’s civil war. As a result, at just 16 years old he began studying at L’École de la Chambre Syndicale de la Couture Parisienne. Following his graduation, Kayrouz completed internships at both Chanel and Christian Dior Couture, before returning to Lebanon, which was enjoying a peaceful period. He began his career with wedding dresses. His designs were a success and parlayed into dressing Beirut’s high society and Middle Eastern royalty.

According to WWD, he was granted the haute couture tag at a meeting of a commission of France’s Industry Ministry held at the French Couture Federation on December 3, 2019.

Maison Rabih Kayrouz is now one of the 17 fashion houses that are officially on the haute couture calendar, including established labels such as Christian Dior and Chanel. 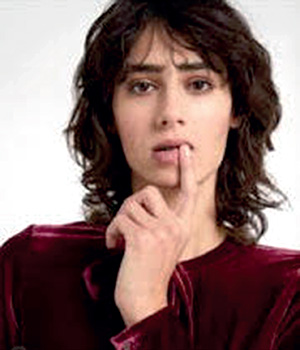 His name is included on the website that explains the great importance of the FHCM (Fédération de la Haute Couture et de la Mode). “Since 2010, its official calendar has hosted the finest jewelry houses that are affiliated to the Federation. This initiative allows for a synchronicity of presentations, but also enables the history of two sectors with exceptional know-how and both in a state of endless reinvention to be played out in sequence.” Sounds extraordinarily superior to any other fashion week in any other part of the world! (Nobody does creative snobbery better than the French!)

I wonder if either of these two fashion superstars ever thought about being judged by their country of origin, Lebanon, the mastermind creators of Hezbollah.

It’s comical how Hezbollah is referred to as “resistance movement” instead of the worldwide terrorist regime that they are. So, would you buy stunning wardrobe pieces from designers that live among such terrorists whose their mission is to annihilate Israel and kill all the Jews? How dare these couture designers bring politics in the mix of fashion, when they should evaluate their own country for its murderous mentality.

We live in a time where BDS has mesmerized the world with fictitious stories of poor Palestinian woes of “occupation,” all the while benefitting from Israel’s inventions, patents, and companies that manufacture everything from cell phone components to life-altering drugs. Unfortunately, the poison has now reached the fashion industry.

We need to practice this boycott method with the houses of Eli Saab and Maison Rabih Kayrouz. As much as I dream about the gorgeous gowns of Saab, I’m never going to buy one. Nor am I ever ordering a Kayrouz from Moda Apprendi or Matches. We need to pay close attention to who is anti-Semitic, even with the brands of clothes you purchase. I do wish the world was a better place, surely in the bubble of the fashion weeks of Paris.

The Israeli model Kynan ended her Instagram post with “At the end of the day, we are all human, no matter what our origin, race, skin color or whatever. Be human! This is the most important!”