Kristallnacht was remembered with words of chizuk and Torah from Rabbi Yossi Mendelson and in pre-recorded videos from a Chabad emissary in Germany, and Rabbi Jonathan Sacks, who recently passed.

The yearly event was both in-person and virtual at Congregation Machane Chodosh in Forest Hills, a synagogue started in 1939 by German Jewish refugees in Brooklyn before moving to Forest Hills in 1979.

On Kristallnacht (“Night of Glass” in German) – November 9-10, 1938 – 267 synagogues were destroyed, 7,500 Jewish businesses shattered, 30,000 Jews taken to concentration camps, and 91 Jews killed in Austria, Germany, and the Sudetenland in Czechoslovakia.

Herschel Greenspan shot a German embassy delegate in Paris on November 7, 1938, to get the world’s attention after his family and other Polish Jews were kicked out of Germany and placed over the border into Poland. The German diplomat died two days later. 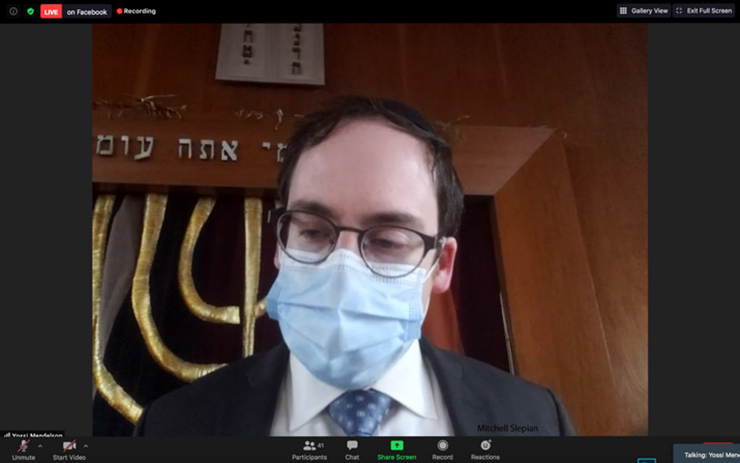 On that same day, the Nazis were holding a convention in Munich remembering the 1923 Beer Hall Putsch (when the Nazis tried to violently take power). Joseph Goebbels, the Nazi propagandist, convinced Adolf Hitler and the Nazi leaders there to start a pogrom.

“Kristallnacht remembers the moments leading to the Holocaust. And it is the symbol of the litmus test of what society was willing to let stand, what society was willing to turn a blind eye to.” said Rabbi Yossi Mendelson of Machane Chodosh. “Kristallnacht says to me that we as Jews must remain fervently committed to stand up for what is right. And perhaps, sometimes, even at risk to ourselves… We don’t stand up for what’s right because we are defending ourselves. We defend ourselves because it is right. We turn to our Torah and we say, stand up because it’s the right thing to do.”

“The Torah demands something different from each and every person in this room based on our age, our stage, and our circumstance in life, and with whom we are interacting right now… When I read the Torah, as it was meant to be, as teaching, then I know exactly what I’m supposed to do.”

“As we reflect upon the lessons of Kristallnacht that we would continue to hold ourselves accountable to what it is that the Torah is demanding of me, not as an at-arm’s-length theoretical moral code, but as a demand and a calling.”

From a memorial surrounded by candles and flowers, where a synagogue once stood in Krefeld, Germany, Chabad emissary Rabbi Yitzchak Wagner said, “The ninth of November was a test trial for the Nazis. They wanted to see if in one night they destroy over 1,000 synagogues, thousands of Jewish shops all over the country, what’s the world going to say? 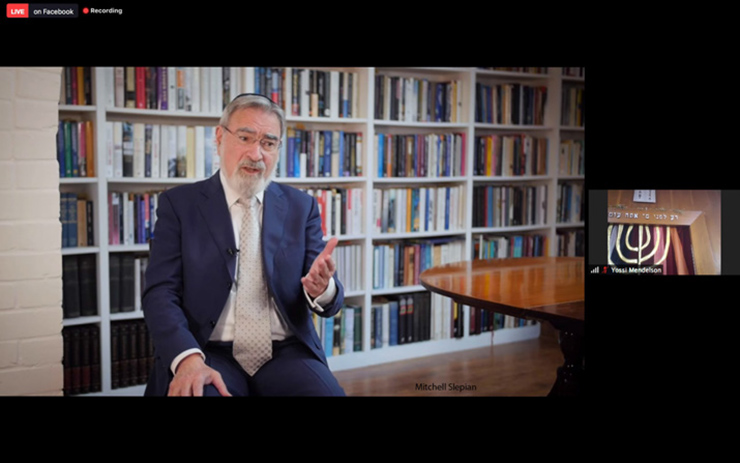 “The tenth of November came and nothing happened. The Nazis understood, ‘We can burn all the synagogues. If we can burn all the Jewish books, the Jewish shops and businesses, then we can also burn the Jews, and the world will be silent.’ Unfortunately, they were right.”

Due to coronavirus restrictions, “Normally, on the ninth of November, the whole place is packed with people,” said Rabbi Wagner. The Rabbi comes to this spot “to cry and to remember but also to celebrate a victory in Germany.” A Chanukah menorah five meters [over 16 feet] high goes up there “and we celebrated that the Jews are back and that Judaism is back.”

Paris and Vienna were the most cultured and cosmopolitan cities in Europe in the early 20th century, but it was also Paris of the Dreyfus Affair and Mayor Karl Lueger in Vienna where hatred of Jews was palpable. “Fifty percent of doctors in Germany were members of the Nazi Party. The greatest philosopher in Germany, Martin Heidegger, was an enthusiastic member of the Nazi Party. The greatest legal mind in Germany, Karl Schmidt, was the legal theorist of the Nazi regime,” explained Rabbi Sacks. 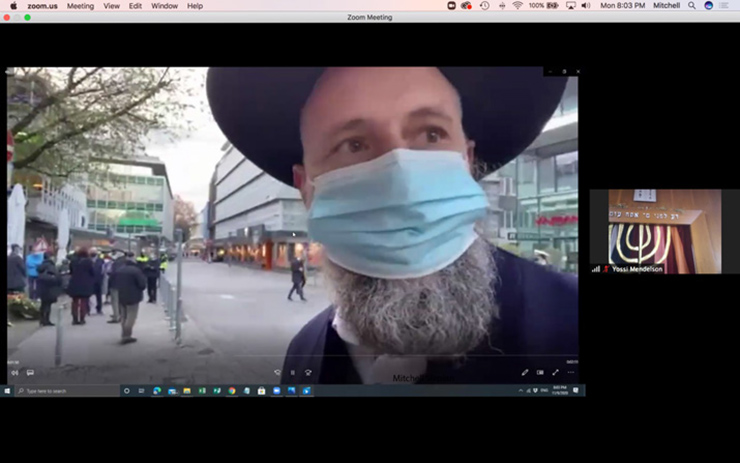 “One of the effects of the Holocaust has been to bring faiths much closer together.” In 1960, Pope John the 23rd met with the Jewish writer, Jules Isaac, about his book showing anti-Semitic literature in the early Church. It led to Vatican II [the Second Vatican Council] in 1965 “that transformed the relations between Jews and the Catholic Church,” said Rabbi Sacks. Multiple faith leaders went to Auschwitz with Rabbi Sacks in 2008. “The truth is that we need to stand together because, as I’ve often said, Jews cannot fight anti-Semitism alone.”

Rabbi Sacks points to Jewish children again playing in Jerusalem and “Jewish life, stronger, really, than ever before… A Jewish story may begin with tears but it always ends with hope… At the Seder service, we begin with the bread of affliction and the bitter herbs of slavery, but we end with the four cups of wine and the celebration of freedom.”